« OR Snapshots – How Many Implants (Face and Body) Can Be Done In A Single Surgery?
Plastic Surgery Case Study – Top of the Head Skull Reduction For Improved Profile Shape » 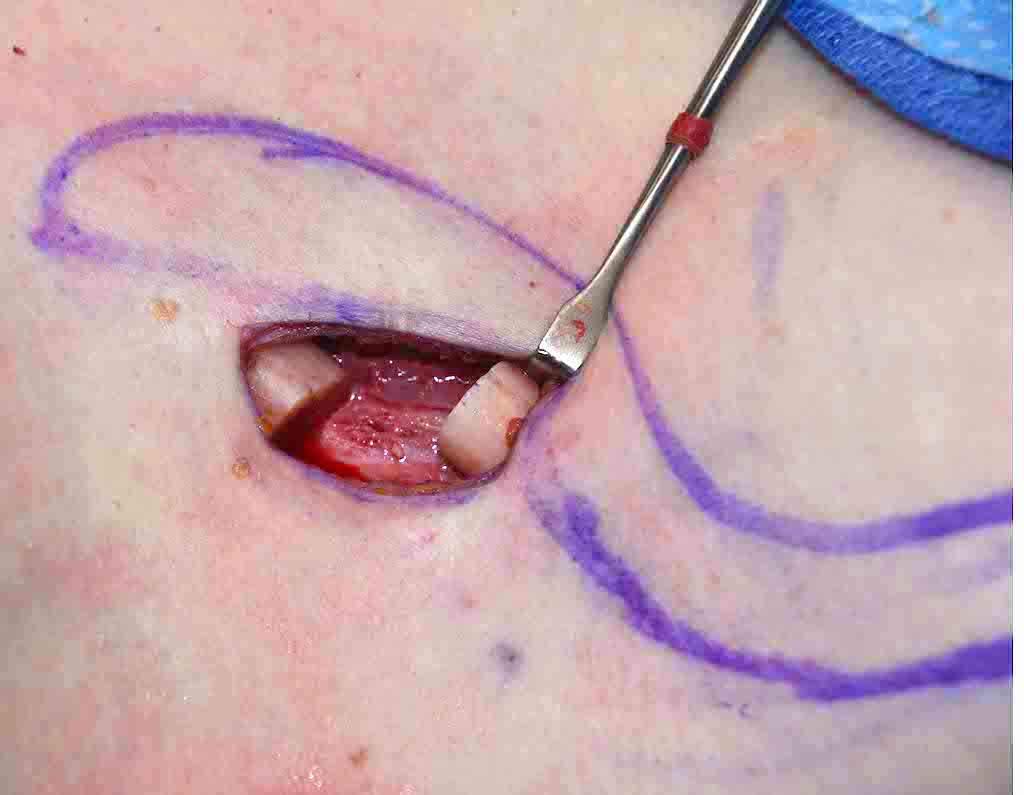 There are many anatomic features that distinguish between the male and female gender which are evident done at the non-visible bony level. One of these bone differences can be seen in the shoulder at the clavicle bone. This horizontally long bone keeps the shoulder at a distance from the sternum and is one of the main factors of sex determination and is used in forensic identification. The clavicle, however, is not a straight bone but has a classic s-shaped curve of which there is a forward convexity in its anterior two-thirds and a forward concavity at its lateral one-third.

The male clavicle is longer and thicker than seen in females. It is not only thicker but more curved. (S-shaped) Its mid-clavicular circumference averages around 35mms with total linear lengths of greater than 14cms.  In contrast the female clavicle is shorter and thinner. The mid-clavicular circumference is under 30mms with total lengths averaging around 14cms. It is smoother with less visible edges and is less curved. One interesting difference is that the acromial end of the bone sits higher in males than females, indicating a longer natural bone length and a higher biomechanical load on the shoulder joint. 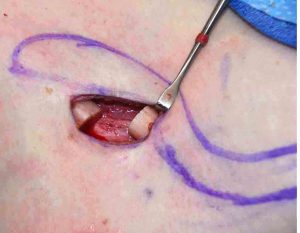 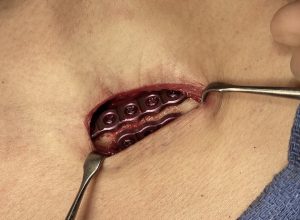 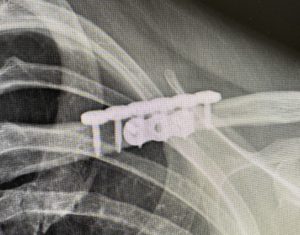 There are relevance to these anatomic differences in the male vs female clavicle in shoulder reduction surgery. (clavicle reduction osteotomies) The majority of patients seeking shoulder reductive reshaping are the MTF transgender patient. Thus most clavicle reduction osteotomies are done in the genetic male clavicle. Such osteotomies are done in the medial aspect of the bone were it is not only curved but in the thickest part of the bone. While the bone is often thought of as round it usually has a flat superior surface with a visible edge as it transitions to the anterior surface. This provides a good flat surface for plate applications. Screw lengths needed to be placed in a bicortical manner range between 16mm to 20mms. (2mms are needed for the overlying plate thickness so the actual bone thickness from one cortical edge to the other is a few millimeters less)

The larger clavicle bone seen in most shoulder reduction patients provides a very satisfactory area to perform an osteotomy and plate fixation at its thickest inner third. There is almost always a very flat surface on which to place a superior plate. Screw lengths need to be long so their distal threads engage the opposite cortex for bicortical engagement. The biomechanical load on the plate fixation is fairly high given the genotypic type of bone that has been shortened and fixed back together. The greater displacing forces is on the inner half of the plate fixation which is the more immobile part of the clavicle bone. The more mobile ‘shoulder’ part of the bone is what is subject to movement with arm motion, thus the greatest displacing force is on the three screws in the medal side of the osteotomy line.