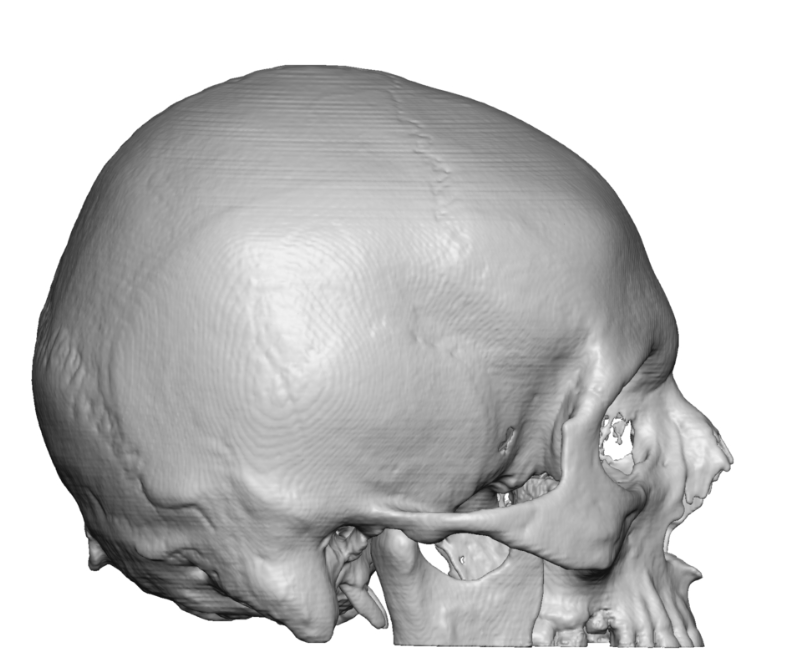 Background: The skull is a collection of numerous bone surfaces all of which are curved or convex. There are five skull surfaces…top, front, back and two sides. Each of these skull surfaces has a unique aesthetic shape to them which are often unappreciated. The back of the head is more rounded while the front of the head (forehead) has more of a sloped shape. The sides of the head is more flat or gently convex from front to back. 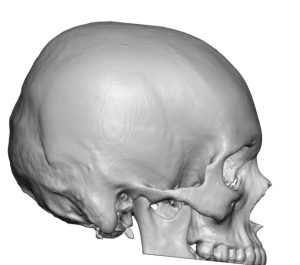 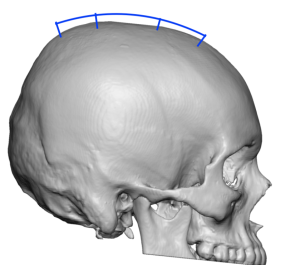 The top of the head has a curved shape but it is uniquely different from any other skull surface. Its highest point is posterior near the crown area and then it gradually slopes downward to blend into the upper forehead area. Shape alterations can occur anywhere along the midline sagittal suture line and occur in three types based on excessive height. Such excessive heights can occur at the posterior third, middle third or the anterior third. The posterior and anterior excessive midline skull heights can be related the original neonatal fontanelle closures. 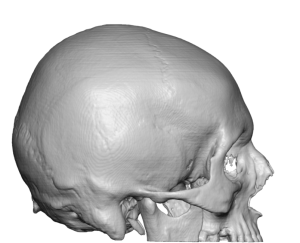 Case Study: This male wanted a head reshaping procedure that included narrowing the sides of the head and reducing the bump on the top of the head. 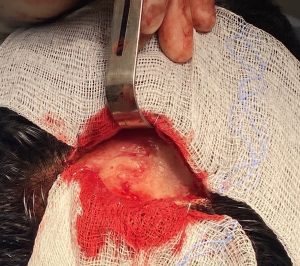 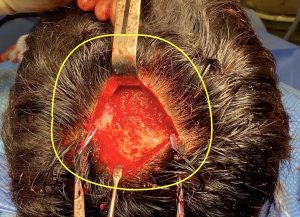 Under general anesthesia, bilateral temporal reductions were first performed by removal of the temporal muscle over the convex portion of the temporal bone through postauricular incisions. Drains were placed and exited out behind the ears. Then the a 9 cm along scalp incision was made on top of the head to expose most of its bony surface. The surrounding hair was protected by stapling gauze sponges to the incisional edges, an important protective step when using high speed equipment around it. Then the outer cortex of the skull was removed in a circumferential fashion as far outward as the incision would permit. Once the bone reduction was completed the drains placed on each side of the head from the temporal reductions were brought up onto the top of the head for drainage of all surgical sites. A multilayer closure with resorbable sutures was then done. 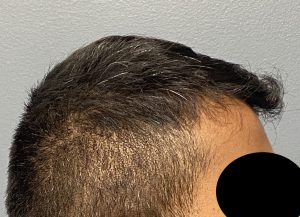 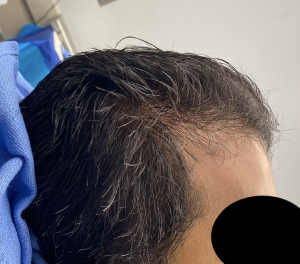 His immediate top of the skull reduction change in profile could be seen at the conclusion of the surgery.

1) The top of the head has an aesthetic profile shape that is greatest at the back of the head and gradually slopes forward.

2) The high middle slope of the top of the head can be reduced by removal of the outer cortex of the skull bone.

3) Top of the head skull reductions can be done through a limited scalp incision.