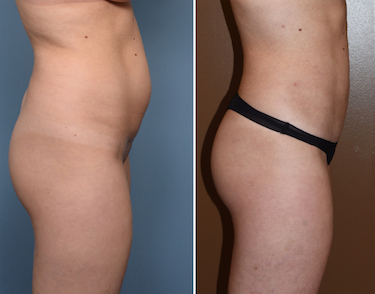 Background: Non-excisional surgical fat removal, aka liposuction, has been the most popular body contouring procedure for the past four decades. Even with the onset in the last decade of non-surgical fat removal technologies (e.g., Cool Sculping, Vanquish) the number of patients undergoing liposuction surgery has not decreased. This is a testament to the fact that it works…the only question is how effective and at what risk of complications given the patient’s body area and fat content.

As liposuction has evolved over the decades it has been in clinical use, it has undergone numerous technologic advancements. The one area where technology has had the greatest impact is in the ‘fat breakup’ part of the procedure. Since its inception getting the fat loose prior to be suctioned out (fat breakup) has relied on movement of the cannula supplied by the surgeon’s arm movements. More efficient fat particulation technologies subsequently emerged, which also offer potential skin tightening, from ultrasonic, laser, and water jet to name a few. Debate can be had about which of these laser technologies offer superior results and at what cost. Plastic surgeons will have their own opinions about these technologic merits but they all are more effective than the first generation liposuction technique.

But the one surgical fat removal technology that is the most commonly used is that of power-assisted liposuction. (PAL) It is an effective liposuction technique because the oscillating tip of the cannula, which moves back and forth thousands of times a minute, is far more effective at breaking loose fat than the surgeon can move the cannula by arm movements. This makes the fat removal process faster and less arduous and is of paramount value in fibrotic fat (e.g., gynecomastia reduction) and previous liposuction treated areas. The value of PAL technology is undoubtably due to allowing the surgeon to work more efficiently in a less fatiguing effort. It is also the one advanced liposuction technology that comes at the least cost for surgeon acquisition.

Case Study: This female had modest fat collections around her abdomen and waistline that was resistant to her diet and exercise efforts.

Under general anesthesia and in a 90 minute outpatient procedure her abdomen and flanks were aspirated of 1,425ccs. 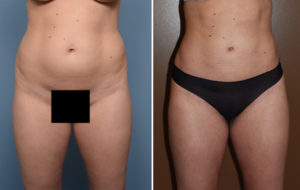 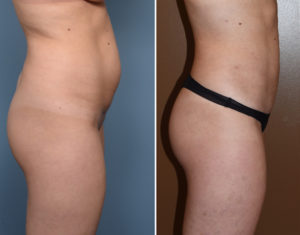 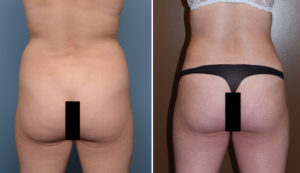 Her 6 week results show a flatter abdomen and flank reduction for a better waistline shape.

Power-assisted liposuction is a very effective fat removal technique which also produces skin retraction in the right patient. This case illustrates what is also the ideal type of liposuction patient and is what liposuction was originally optimally designed to treat. (modest and spot fat body collections) Such patients have the lowest risk of any medical and aesthetic (surface contour irregularities) risks.

1) Liposuction remains the single most effective method of immediate or surgical fat removal.

2) Many liposuction technologies exist but the power-assisted method (PAL) remains the most widely used.

3) Modest areas of body fat reduction remain the most effective and lowest risk of complications type of liposuction patient.