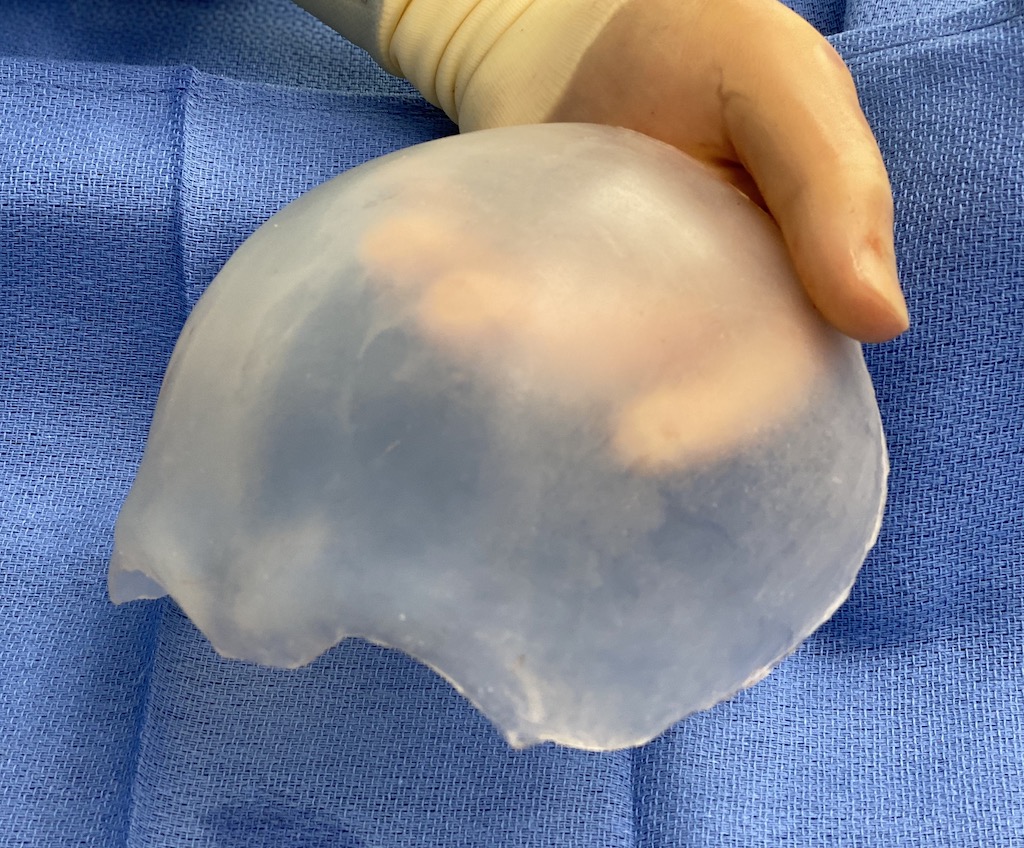 Background: There are numerous facial feature differences between men and women which can be separated by anatomic site. The foreheads eyebrows, eyes, nose, cheeks, chin, jawline and lips all have specific gender specific shapes. The largest of these anatomic areas by surface area is the forehead which occupies more than a third of the total face. But because it lacks many topographic features it is not usually perceived as a dominant facial feature.

Men usually have stronger foreheads which means they are often bigger, higher and broader than females. The higher aspect of the forehead is often caused by a receding hairline. The one defining male forehead feature is the greater development of the brow bones dues to increased enlargement of the frontal sinuses. With larger brow bones this creates a slope to the forehead superiorly and a sharper angle to the nose inferiorly. This also makes the eyes more deeply set.

In creating custom implants to improve the shape of the male forehead numerous design features to consider are how much brow bone projection, the slope of the forehead, how far back along the top of the skull should it extend, does it need to cross the bony temporal line and, if so, how far into the temporal region should it go. These are the major implant design considerations but not the only ones. 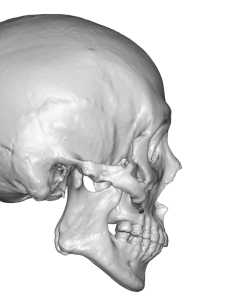 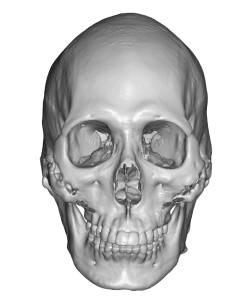 Case Study: This male desired to improve the shape of his forehead to give it a more masculine appearance. His 3D CT scan showed what appeared to evidence of brow bones but on careful inspection it only appeared that way because of the forehead recession. In the frontal view he had a narrow forehead as seen by the ‘pinched’ temporal line which extended all the way along the temporal lines to the back now his head, creating parasagittal skull  deficiencies. 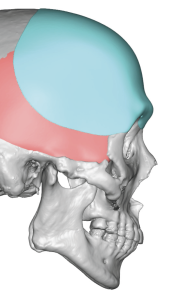 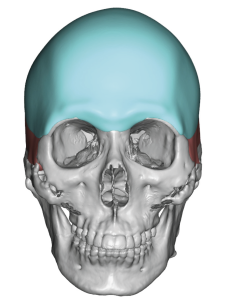 A combined custom forehead-brow bone implant was designed that added 6mm of brow bone projection, a 15 degree reduction in the forehead slope and widening of the temporal lines with lateral extensions onto the mid-temporal region. The implant design went back onto the top of the head which is necessary to make the forehead wider and the anterior head shape less narrow. 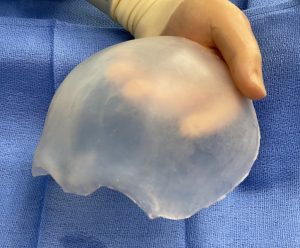 Under general anesthesia the custom forehead-brow bone implant was placed through a small scalp incision. 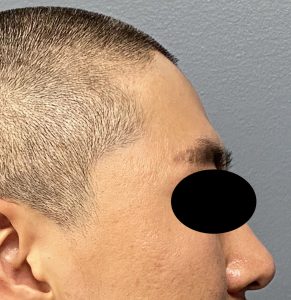 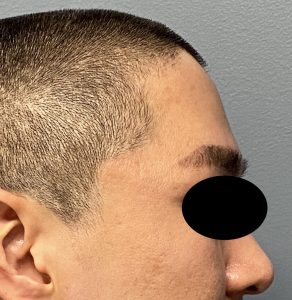 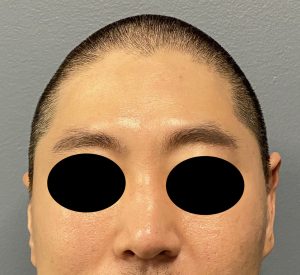 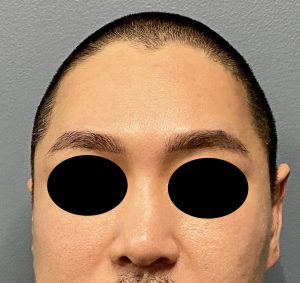 When seen six months later he had an improved forehead shape although he is seeking a 2nd custom implant to provide even further improvement.

Most think of a forehead implant augmentation in profile view where how to design it seems simple. But being the largest augmentation surface on the face its shape and impact on the facial appearance is more complex. It is also important to note that the augmentation of the forehead is really a form of skull augmentation…which means it is almost never a one surface area augmentation as each of the five skull surfaces is always surrounded by three others. And each skull surface flows into those around it, creating the need for a more complex implant footprint that it may initially seem.

1) The more masculine upper third of the face is marked by a slight backward inclination of the forehead slope and prominent brow bones.

3) The more anterior projection of the forehead that occurs the more forehead width and anterior temporal augmentation is also needed to avoid an undesired shape.