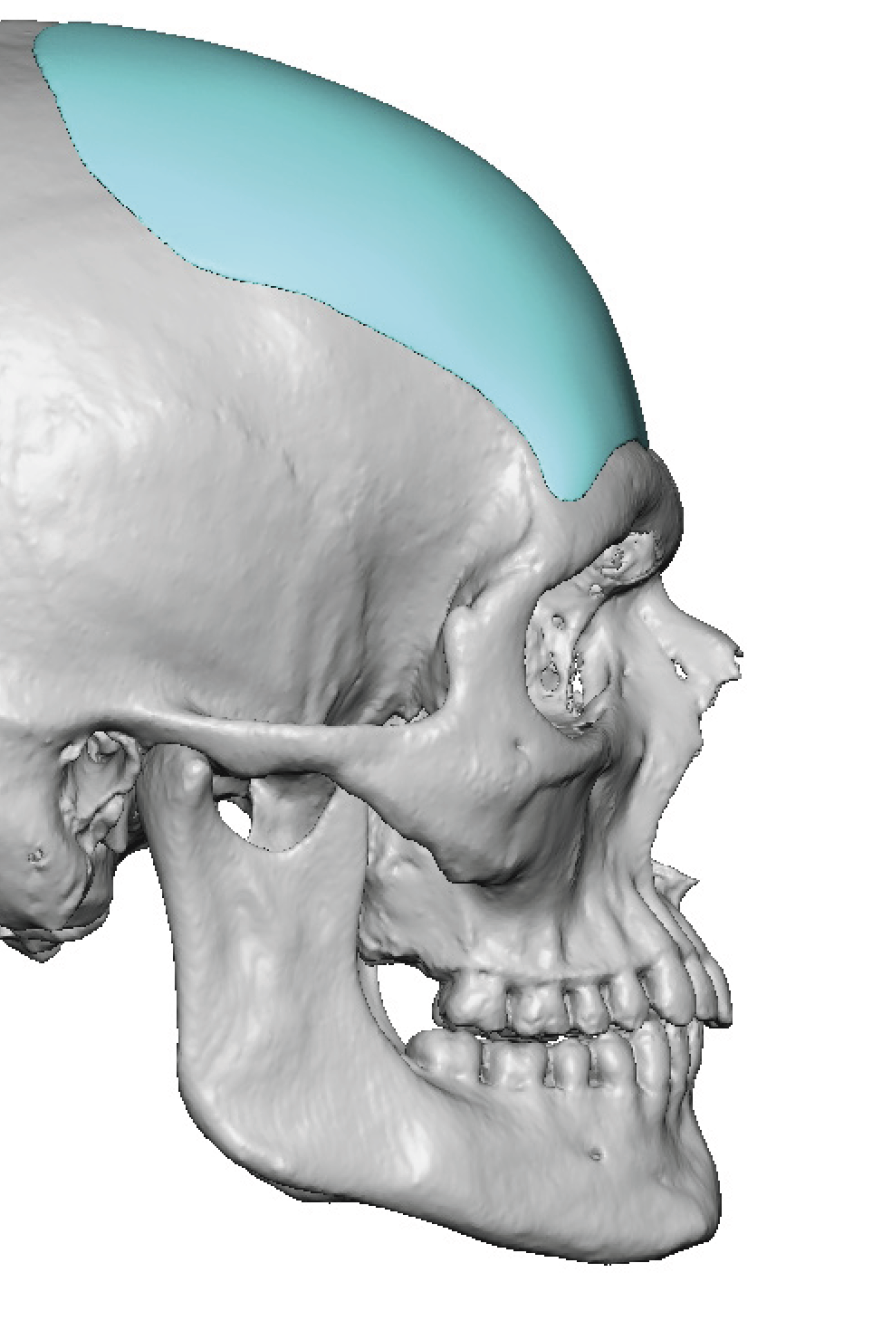 Background: The male forehead consist of two prominent features, the inferior brow bones and the forehead above them. When it comes to their appearance in profile the brow bones protrude further forward than the most projecting part of the forehead. The forehead sits behind the brow bones and has a slightly backward slope to it as it reaches the frontal hairline and/or the transition onto the skull on the top of the head.

Predictive computer imaging is needed to determine which aesthetic correction, brow bone setback or forehead augmentation or even both, produces the best aesthetic improvement. There are, however, significant differences in incision and resultant scar location between these two forehead reshaping options. 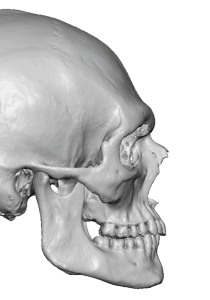 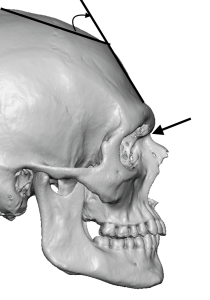 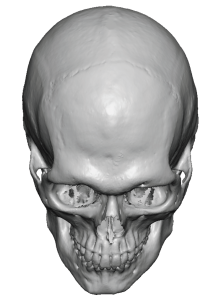 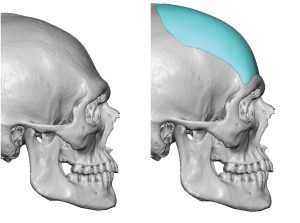 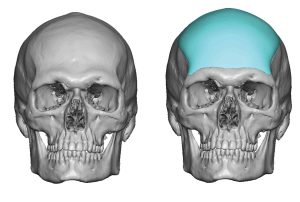 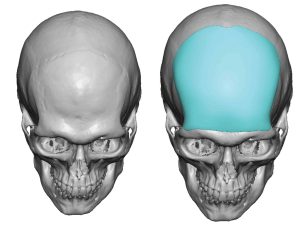 Using his 3D CT scan a custom forehead implant was designed to decrease the backward slope to his forehead angulation. In such forehead implants designs the back part of the implant must go further back onto the top of the skull than Ione would think. 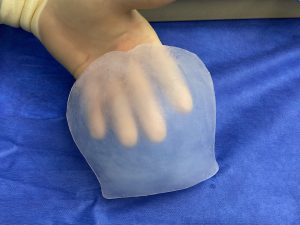 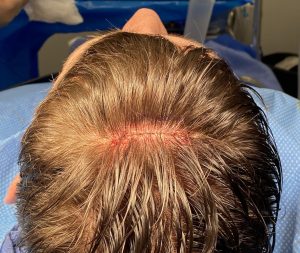 Under general anesthesia a 3.5cm superior scalp incision through which siubperiosteal dissection/[pocket creation for the implant was done. The implant was inserted, positioned and secured with double screw fixation. 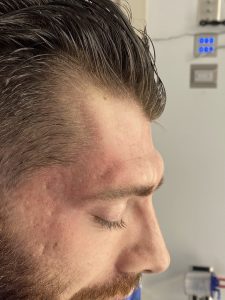 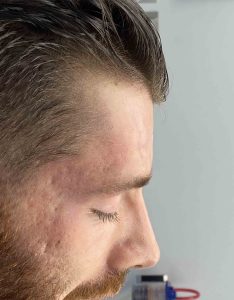 His immediate intraoperative results showed the significant improvement in his forehead shape from the implant augmentation.

2) When brow bone hypertrophy and a backward slope to the forehead occur together the forehead slope is easier to treat with less scar in doing so.

3) A custom forehead implant is the most effective method for changing the slope of the forehead to a more favorable inclination.