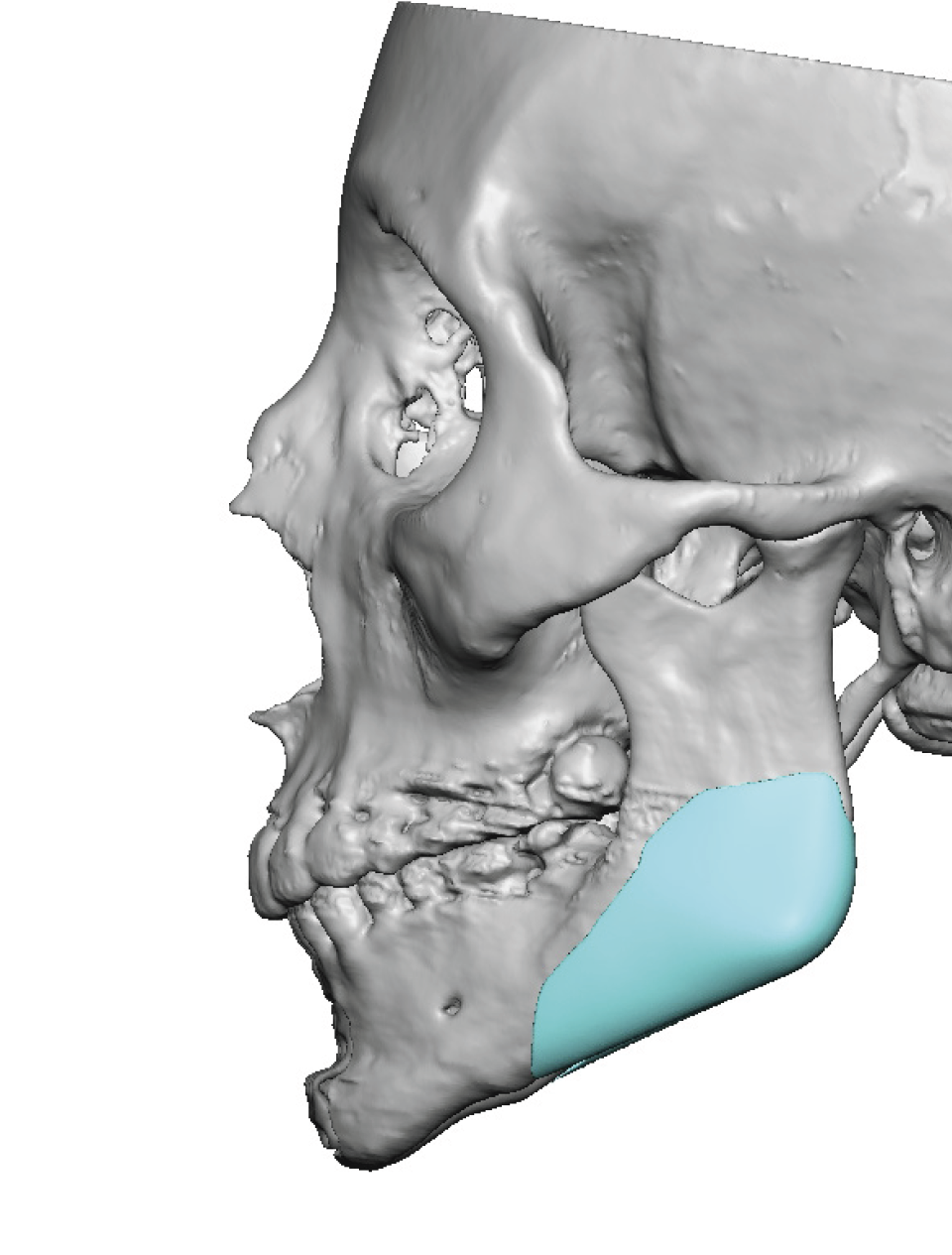 Background: The most common structural augmentative procedure of the lower face is chin augmentation. Whether it is done with a sliding genioplasty the front end of the lower jaw bone is moved forward. While effective for this aesthetic purpose, a sliding geniplasty alters the natural shape of this part of the lower jaw. The two well known bony ‘deformities’ that occur are two step off areas, one on the anterior surface of the bone and the other at the back end of the osteotomy cut along the inferior border in each side.

While the bony step off on the front of the chin may adversely affect the depth of the labiomental fold, the stepoffs along the inferior border affect the appearance of the jawline. This becomes particularly apparent in the high jaw angle lower jaw patient. As the chin moves forward not only does a step off appear at the inferior border on both sides but the slope of the jawline becomes disrupted. At whatever the mandibular plane angle naturally its front end becomes angle upward.

In essence the jawline behind the relocated chin bone gets left behind. Its slope no longer matches the inferior border line of the new chin bone position. This may translate to an external appearance of jaw angles that look higher than before the chin procedure. 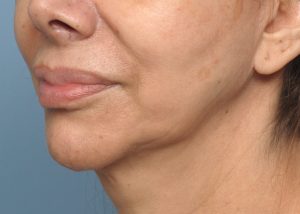 Case Study: This older female had a prior history of a sliding genioplasty for her short chin. While the procedure improved her chin appearance significantly she became aware of her high jaw angles which appeared like part of the back of the jawline was missing. With her age and loose tissues along the jawline, the tissue sag was more apparent. 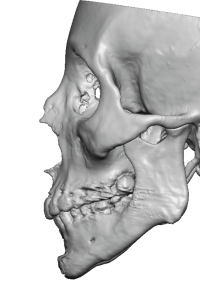 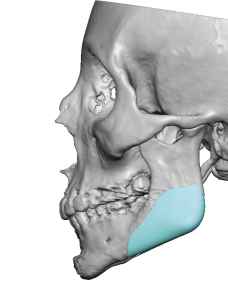 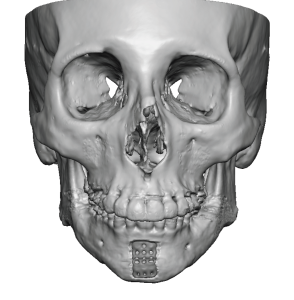 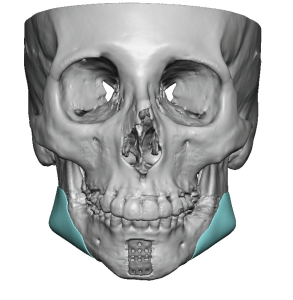 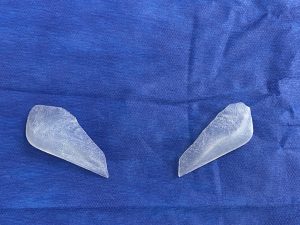 Under general anesthesia and through an intraoral incisional approach, the custom jaw angle implants were placed and secured by screw fixation. 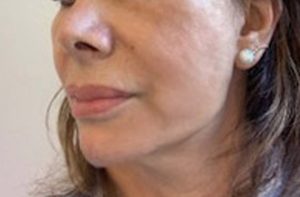 Her predicted result showed that the custom implants would make the jaw angles more apparent as well as smooth out the loose tissues along the jawline.

Chin augmentation often brings the lower face into better proportion with the rest of the face above it. But when the entire lower jaw is significantly underdeveloped the chin augmentation may look unusual or out of place because it magnifies the underdeveloped jaw behind it. Patients who never thought about their jaw angles now might. With high jaw angles and the frequent asymmetry that occurs between the two sides a custom jaw angle implant design approach is always best.

1) A sliding genioplasty is a bony lower jaw procedure that only affects the anterior third of its surface  area.

2) When the overall lower jaw is underdeveloped with high jaw angles, a sliding genioplasty disrupts the line of the inferior border and can make the jaw angles look even higher.

3) Custom jaw angle implants can make a better jaw angle shape that restores the line of the inferior border of the lower jaw.