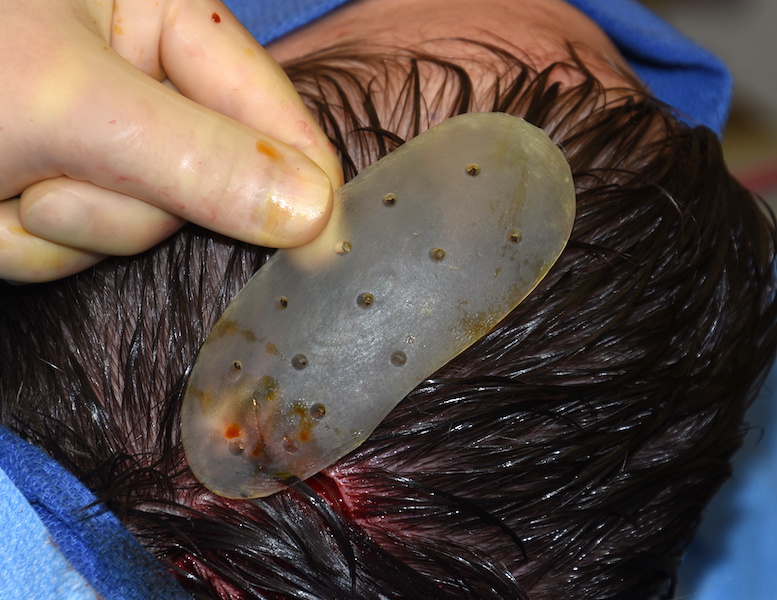 Background: The general shape of the skull is that of a convex sphere with various arcs to these convexities at different areas. It is also largely a smooth surface so elevated and depressed areas can be easily felt and in many cases seen. Indentations of the skull’s surface can occur at a variety of areas, most of which are associated with the cranial suture lines. They can occur either at the intersection of suture lines or in growth areas parallel to them. 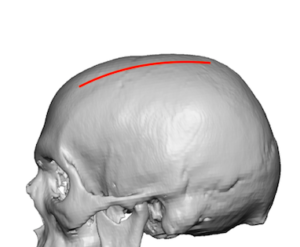 These parasagittal indentations tend to occur in patients with more narrow skull shapes. Patients tend not to like them because they can either feel or see them. Correction requires a unique type of skull implant shape.

Case Study: This male was bothered by parasagittal grooves/indentations on each side. While he had a full head of hair he could feel the grooves which made him feel like his skull was misshaped. Utilizing a 3D CT scan two skull implant ‘strips’ were designed to fill then in. 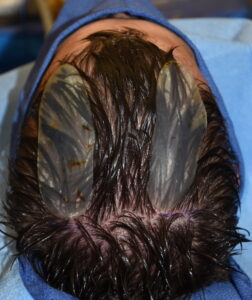 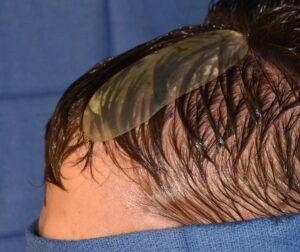 Under general anesthesia the skull implant strips were placed in their desired internal location and 2 cm incisions were made at their back ends. Through these incision limited linear subperiosteal pockets were developed. 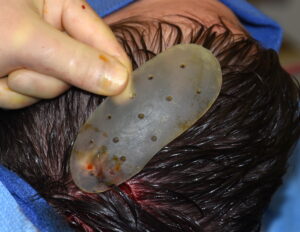 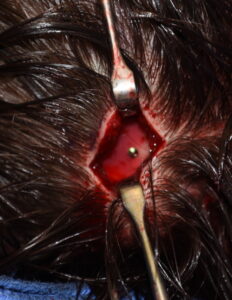 Prior to placement 3mm perfusion holes were placed through the implants to allow for postoperative tissue ingrowth. They were then inserted and secured with a single microscrew per side. 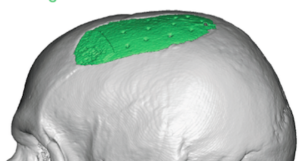 These small parasagittal skull implants, usually no thicker than about 3mms, fill in discrete indentations across the top of the head. The small incisions heal so well so their placement results in imperceptible scars.

1) Some aesthetic skull contour deformities can be very discrete and can be linear and not just circular.

2) Parasagittal contour deformities are linear depressions that parallel the sagittal suture line between it and a normal height of the bony temporal line.

3) These parasagittal indentations can be treated by the placement of custom skull strip implants placed through very small scalp incisions.