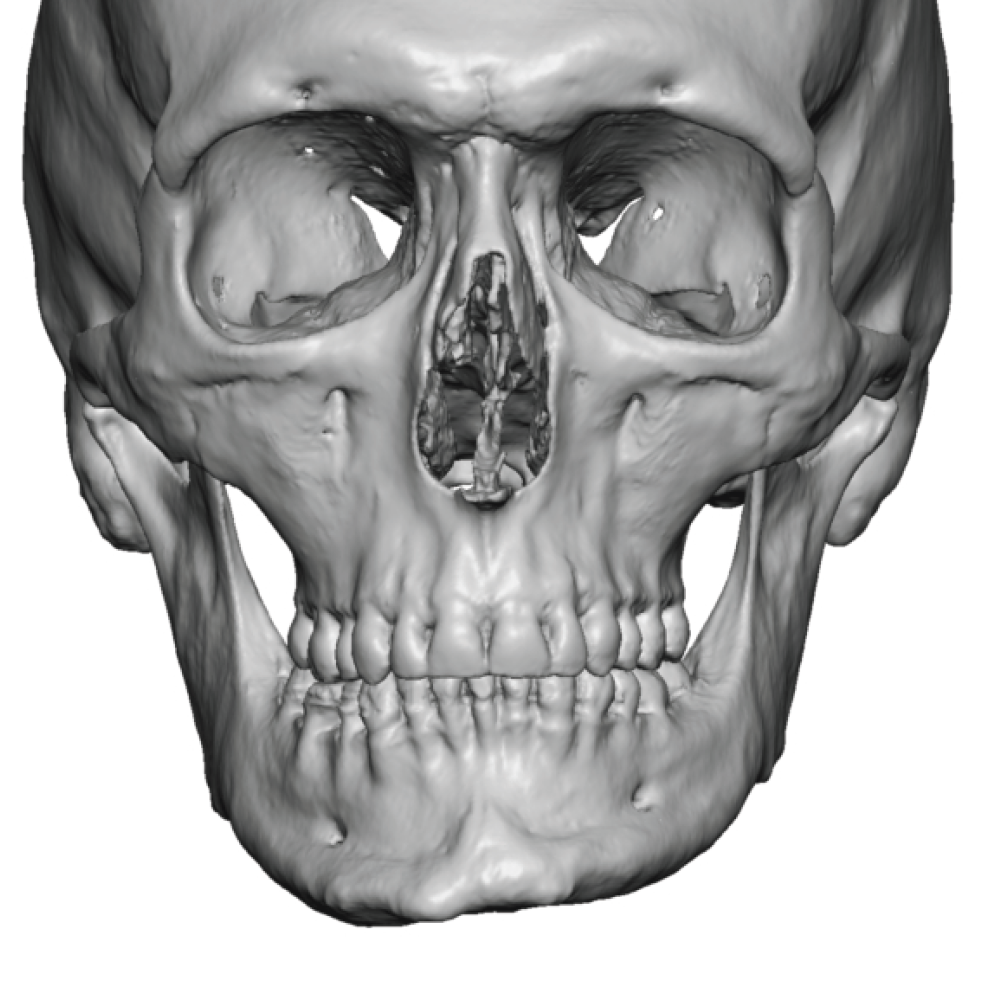 Background: Like the rest of the face the lower jaw forms from paired branchial arches that meet and fuse in the middle to create its final shape in utero. How well these complex embryologic processes form and merge is what determines how symmetric the two sides of one’s lower jaw will be. In an incredible majority of the time most people have a well formed and symmetric lower jaw.

But some people will have natural lower jaw asymmetry that reflects varying degrees of aberrations in its embryology. The most severe forms occur in such craniofacial syndromes as hemifacial microsomia where major portions of the mandibular rami and body may be missing or severely short. Most jaw asymmetries, however, are non-syndromic and present with aesthetically significant but not functionally limiting issues.

Aesthetic jaw asymmetries usually present as a shorter side in which the asymmetry begins with the chin. Moving posteriorly the body and ramus of the mandible is higher and often wider than the other side. The contralateral normal side usually has a lower and more narrow jaw angle. Such congenital jaw asymmetries can occur on any side but seem to be more prevalent on the left side in my experience.

While once treated by the placement of a standard jaw angle implant ‘eyeballed’ into position, this has been shown to usually just creating another form of jaw asymmetry and to really making any progress. This is because the jaw asymmetry is not ‘spot’ located but involves the entire lower jaw particularly the entire inferior border from the chin back through the jaw angle. Only a 3D CT scan can accurately define the extent  of involvement from which a custom implant design is always the comprehensive approach to treating it. 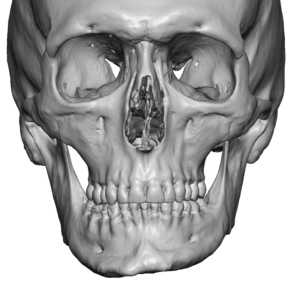 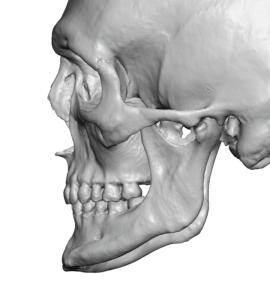 Case Study: This male had congenital left jaw asymmetry which fit the classic pattern. The entire lower border of the jaw was involved from the right chin all the way back to the left jaw angle. When viewing the 3D CT scan from the left side the vertical discrepancy in the jaw length could be seen over the entire left side. He decided that he not only wanted to correct the left jaw asymmetry but to create an overall jaw augmentation effect one both sides. 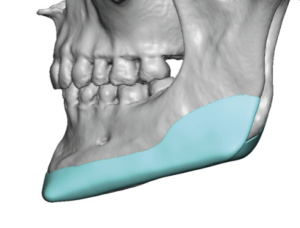 Using the 3D CT scan a wrap around custom jawline implant was designed which, to correct the left asymmetry, had more implant thickness on the left chin and jawline side. Because of the patient’s naturally shorter face vertical lengthening was needed all along the jawline, more so on the left due to the asymmetry. 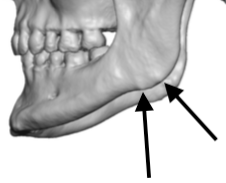 Under general anesthesia and through a three incisional dissection approach the custom jawline implant was introduced in a front to back direction as one piece. There are two important technical details in its placement. First the tight ligamentous attachments must be released from the jaw angle bone without tearing the pterygomasseteric sling. There were two prominent attachment points per side seen as raised mounds/prominences on the 3D CT scan at the lower end of the jaw angles near the inferior border. 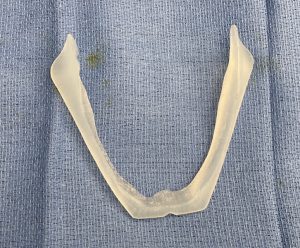 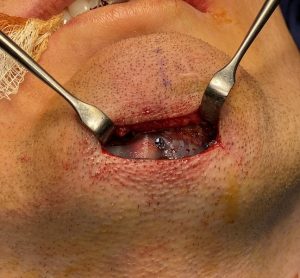 Second, positioning the implant on the asymmetric chin is done first. Getting this set right is essential as the extended jawline/angle part of the implant on both sides is dependent in this alignment. But getting it perfectly aligned/level is not always easy through a small submental incision and, unfortunately, the implant never snaps into place on the bone like a Lego block. To prevent any implant asymmetry at the chin a three screw technique is used to keep it level. Once the chin is set into place the jaw angles can then be positioned and secured.

It is fairly common that jaw asymmetry patients, particularly males, opt for a total jawline implant when addressing their jaw asymmetry. They take the opportunity to address the whole lower jaw if they have to go though a custom implant design process anyway.

1) Congenital jaw asymmetries are not uncommon with the cause of a deficiency of growth on one side.

2) In jaw asymmetries patient options are correction of the deficient side only or a total jawline augmentation approach.

3) Many men with jaw asymmetries will opt for a complete jaw augmentation to both correct the asymmetry as well as an overall jaw enhancement effect as well.