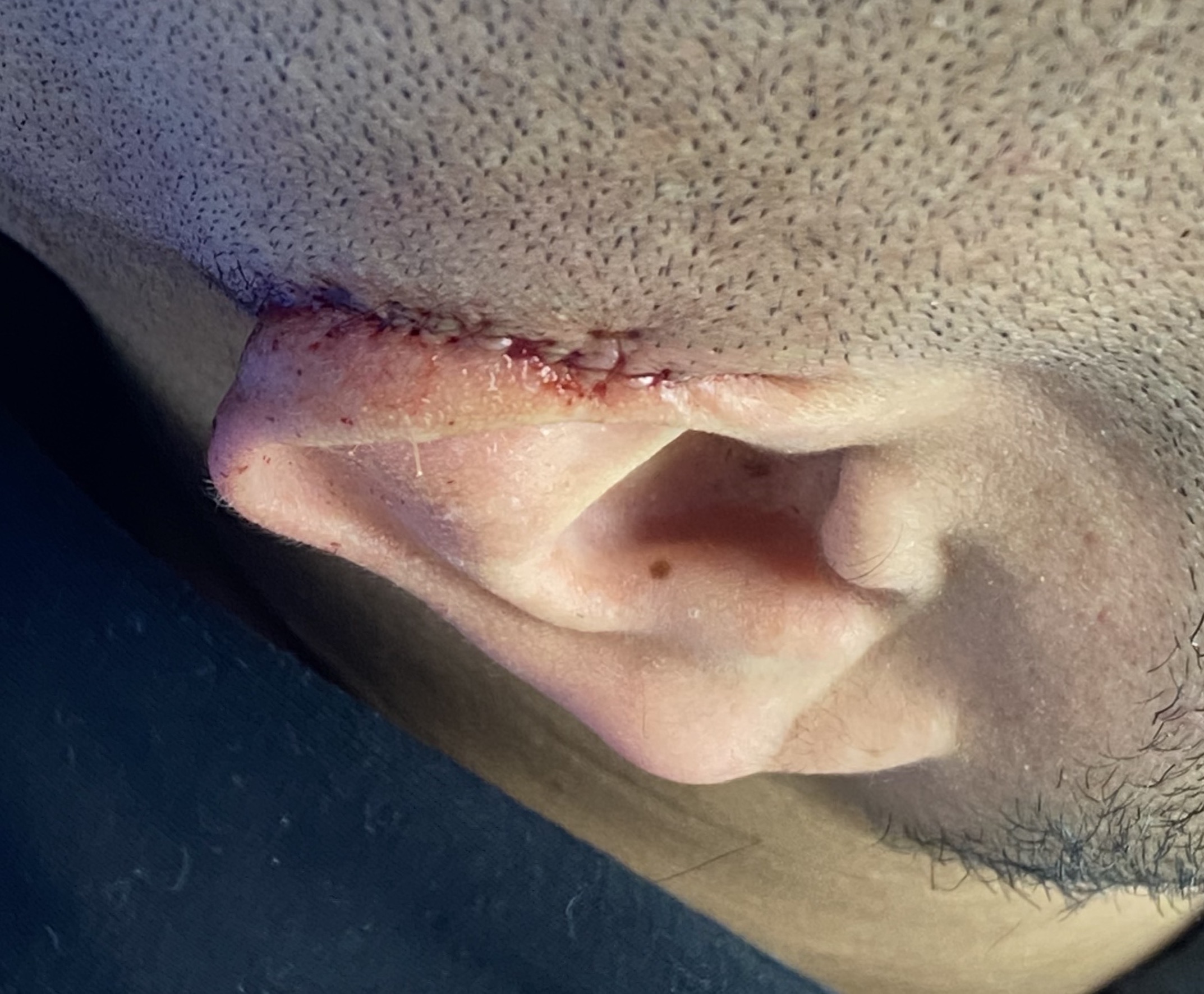 The most common aesthetic ear reshaping surgery is the setback otoplasty. It is specifically designed to reduce the auriculocephalic angle in the protruding ear by various cartilage reshaping techniques. It is a highly successful procedure of which the most common complication is an ear that has been setback too far with an overly decreased auriculocephalic angle. Surgeons are usually focused on avoiding overcorrection as it is more challenging to treat than undercorrection.

How much ear protrusion is considered aesthetically excessive can be open to interpretation. Such is the case in the male who shaves its head. With a flat and fully exposed side of the head (no hair) even normal auriculocephalic angles of the ear may be perceived as excessive. The ear takes on a greater aesthetic value when it is completely isolated by surrounding smooth skin.

Case Study: This shaved head made desired to have the top of his ear closer to the side of his head. His natural auriculocephalic angle at the conceal level of the ear was fairly narrow but it was the upper ear that stuck out. Its auriculocephalic angle may have been normal but compared to that of the central ear it was greater. 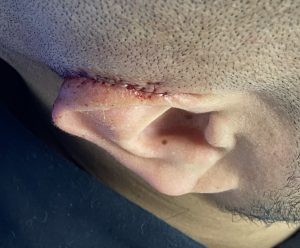 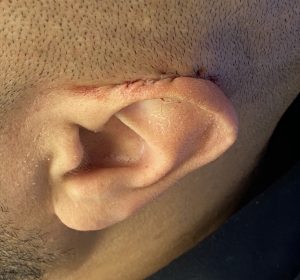 Under local anesthesia the method that was used was to obliterate the upper sulcus by removing skin on both sides and then sew the two sides together. Deeper sutures between the ear cartilage and the temporalis fascia were used for dead space closure. 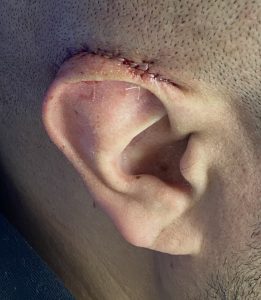 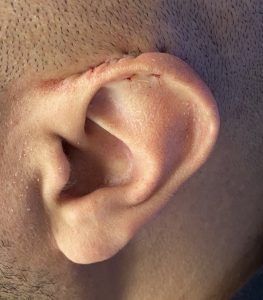 To support the repositioned ear during the early healing period, resorbable bolster sutures were used from the scalp skin through ear just inside the helical rim and then back through to the scalp.

Setting back the upper ear with a traditional approach of using cartilage bending/folding sutures does not work well in the upper ear with a normal auriculocephalic angle. This will only create an unnatural bend to the upper ear and disrupt the smooth outline of the helical rim. Reduction of some portion of the postauricular sulcus is needed to pull the ear in This is not a cartilage shape issue but a sulcus issue. In more ‘extreme’ upper ear setbacks, as in this case, much of the sulcus was eliminated to achieve the ear setback effect that he desired. In doing so the patient must be aware that this may effect the wearing of eyeglass wear since they use the depth of the postauricular sulcus as an anchoring area.

1) Setback of the protruding ear is defined and treated by closing down a wide open auricularephalic angle.

2) In men who shave their heads a normal auriculocephalic angle may make the ear appear that it sticks out too far.