When it comes to temporal muscle reductions there are multiple techniques based on location or extent (posterior vs anterior) as well as amount. (partial vs total)

Case Study: This male had a left side of the head asymmetry with greater convexity of the temporal region above the ear than the other side. When he opened his mouth widely the left temporal area reduced/thinned, confirming that muscle reduction would be beneficial for symmetry improvement. 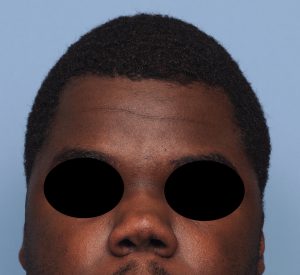 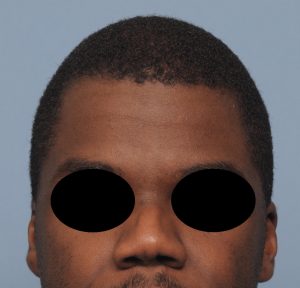 Under general anesthesia and through an incision placed in the crease behind his left ear (postauricular sulcus) the posterior temporal muscle was partially excised and transposed inferiorly to redistribute its mass. This created an immediate improvement in the symmetry of the two sides of the head which was maintained when seen one year later. 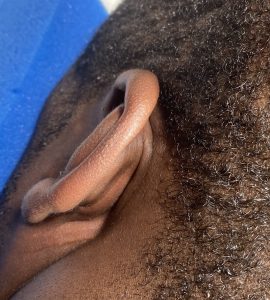 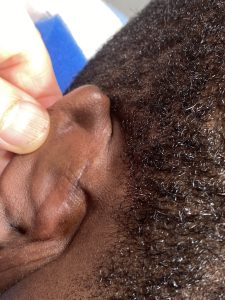 The healing of the incision behind the ear was ‘scarless’ as it laid in the depth of the postauricular sulcus which makes it completely invisible. When folding the ear over a very fair scar could be seen.

1) Most non-plagiocephalic temporal or side of the head asymmetries have a significant muscle component to them.

2) In reducing a temporal asymmetry due to an excessive width/convexity, removal of the posterior portion of the temporalis muscle usually provides good improvement.

3) Temporal muscle removal offers a scarless approach to improving a side of the head asymmetry.