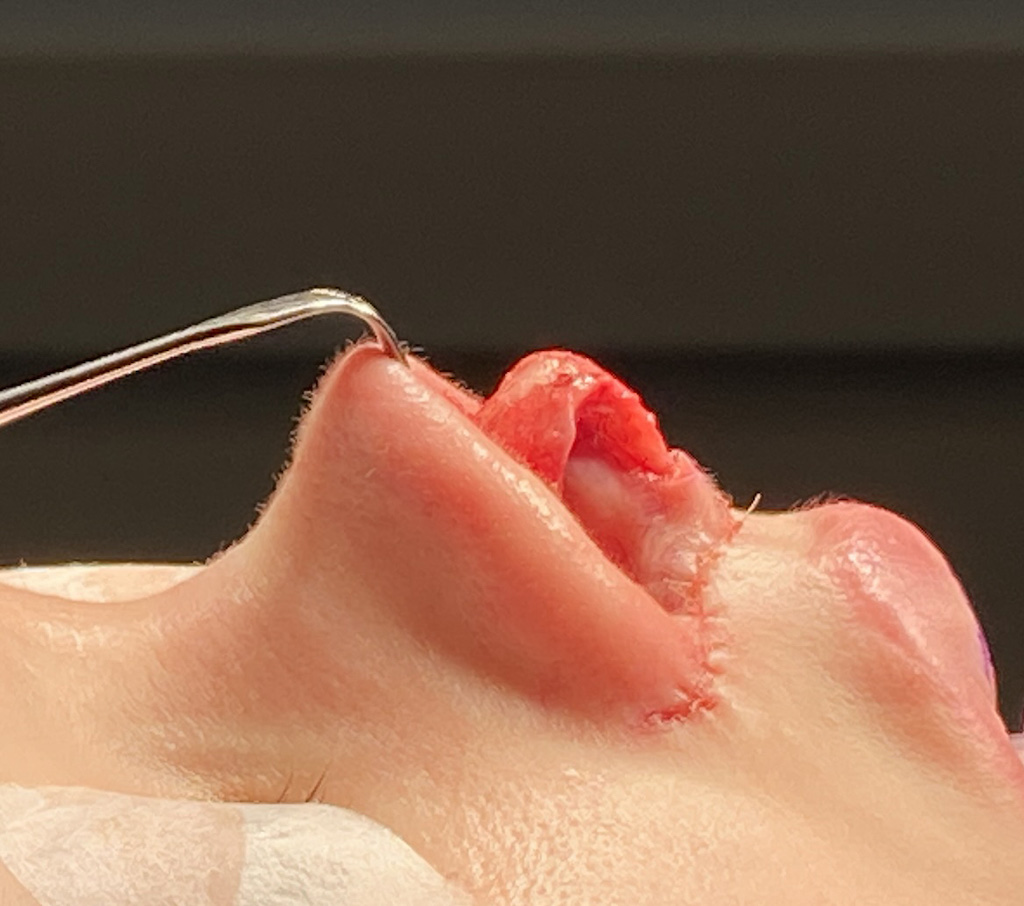 Background: Making a nose smaller is a fairly common request in patients seeking rhinoplasty surgery. Most of these requests often refer to one specific nasal feature, such as a reduction of a prominent hump or a large nasal tip. The goal is to bring back the larger unaesthetic nasal feature into proportion with the rest of the nose. It may not the the only nasal feature changed in the rhinoplasty but it is usually a primary reason for the patient seeking a nose shape change.

Another type of reductive rhinoplasty, historically well known and now re-emerging in popularity, is the desire for an overall smaller nose even if there is not one dominant large nasal feature. It goes by a variety of commonly used names such as the ‘button nose’ or the ‘Barbie nose’. What differentiates this type of nose reduction from the more common reductive rhinoplasty is that the nose shape is made disproportionately small. In some ways it runs contrary to the basic principles of today’s rhinoplasty surgery. In which maintaining or creating structural support is a key element of the procedure, both for long term shape stability but also to prevent nasal breathing problems.

When making a smaller nose with les structural support it is still possible to do so with a lower risk of potential postoperative long term problems. The use of smaller columellar struts, thinner spreader grafts and using sutures to do most of the tip reshaping rather than cartilage excision may make the button nose more stable over time.

Case Study: This female desired to deproject her nose by at least 4mm and make for an overall smaller nose with softer rounder tip. She did not want a narrow pointy nose tip or a nose that had a lot of definition 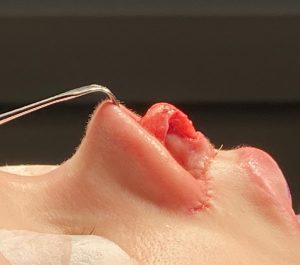 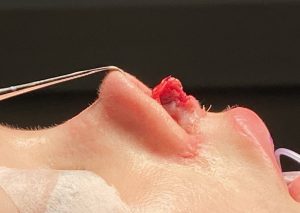 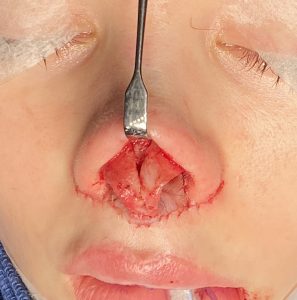 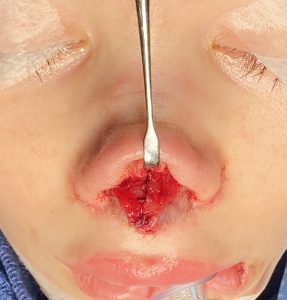 Under general anesthesia and through an open rhinoplasty approach the tip was deprojected by shortening the medial footplates. A small columellar strut was used to support the deprojected tip. The dorsal line was lowered by separating the upper lateral cartilages from the septum and then lowering the septal height. The upper lateral cartilages were sutured back to the septum in its reduced height with 1mm spreader grafts. The top cartilages were narrowed by sutures without cephalic edge reduction. 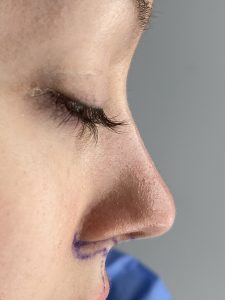 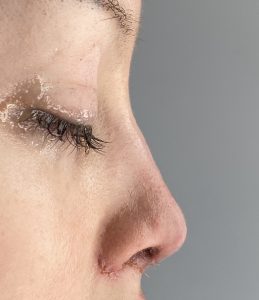 Her immediate intraop result showed a smaller nose with less projection and a rounded tip.

A nose can be made appreciable smaller but can still be supported by cartilage grafts to maintain its shape and airway patency. The two concepts are not mutually exclusive.

1) Making the nose smaller requires a reduction in the cartilaginous L-shaped support with the final result influenced by how well the overlying nasal skin shrinks.

2) Nasal tip deprojection usually requires dorsal line reduction if a saddle shape to the dorsum is to be maintained.

3) As the nasal tip is deprojected the nostrils may be appear wider which may require secondary management.