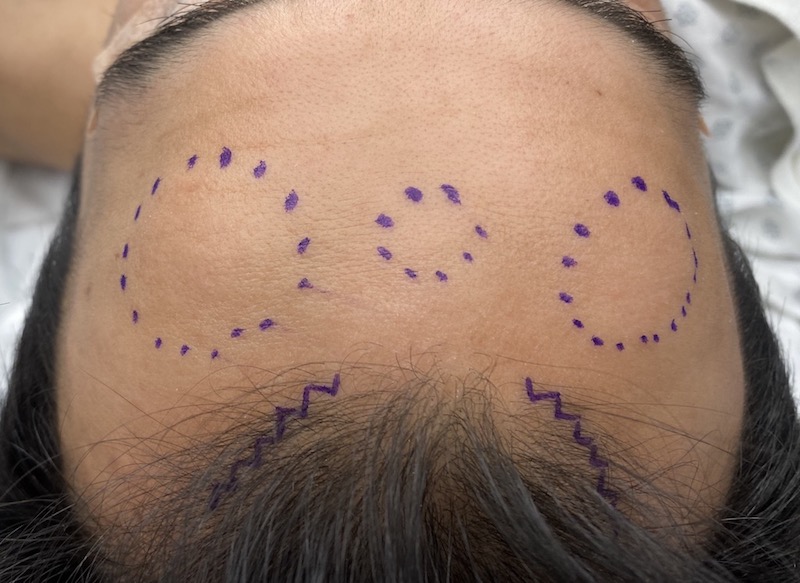 Background: The forehead is prone to contour irregularities from depressions to protrusions. In the upper forehead the most common contour deformity is that of forehead horns. It has this name because it typically occurs as paired circular protrusions. Their origins are developmental as the forehead develops from a pair of frontal eminences (tuber frontale) which are rounded elevations several centimeters above the brow bone area. Why they occur in some people and not others is not known. They seem to occur more frequently in males but that perception is based solely on my experience as men are who most frequently present for surgical removal.

While forehead horns are typically paired they are often not symmetric. One horn is often bigger than the other one and there may also be a much smaller central horn as well. In some cases they can be a raised ridge of bone that connects the lateral horns. (looks like a dogbone)

For surgical reduction of forehead horns the most important issue is surgical access. To keep the incisions small they need to be close to the upper forehead, either at the edge of the frontal hairline or just behind it. It is important to keep the incisions small and have them as imperceptible as possible as one does not want to trade off one aesthetic problem for another. 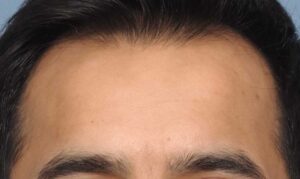 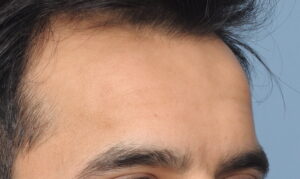 Case Study: This male had long been bothered by his forehead horns of which the left one was larger than the right one. A small central horn was also present. He had the classic long-term concern with them with their visibility in certain lighting and pictures. He did not have them until after puberty. 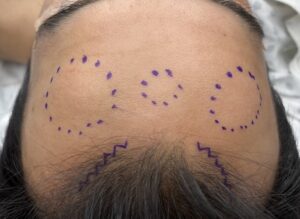 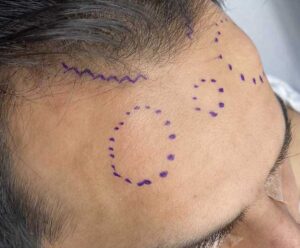 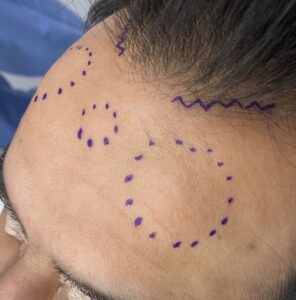 Under general anesthesia and through two small zigzag incisions at the front of his receding hairline (he is planning on getting a hair transplantation months later), the three forehead horns were reduced with a combination of high speed burring and large carbide rasps. 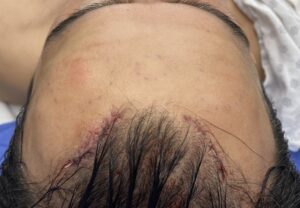 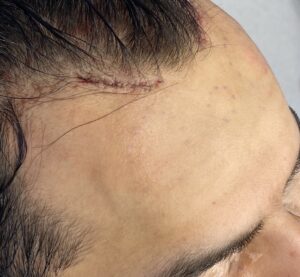 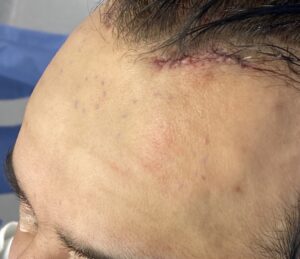 In the male patient it is important to not completely or over reduce the sides of the lateral horns so as to prevent rounding the upper forehead too much. This is where the final reduction of the horns is done by a rasping technique which is more controllable, albeit slower, than high speed burring.

1) Forehead horns of the upper forehead can occur as one two or three bumps which may also be different in sizes.

2) These forehead prominences can be successfully reduced by burring and large-toothed rasps through small anterior scalp incisions.

3) In men the lateral forehead horns should not be over reduced to prevent rounding of the upper forehead.