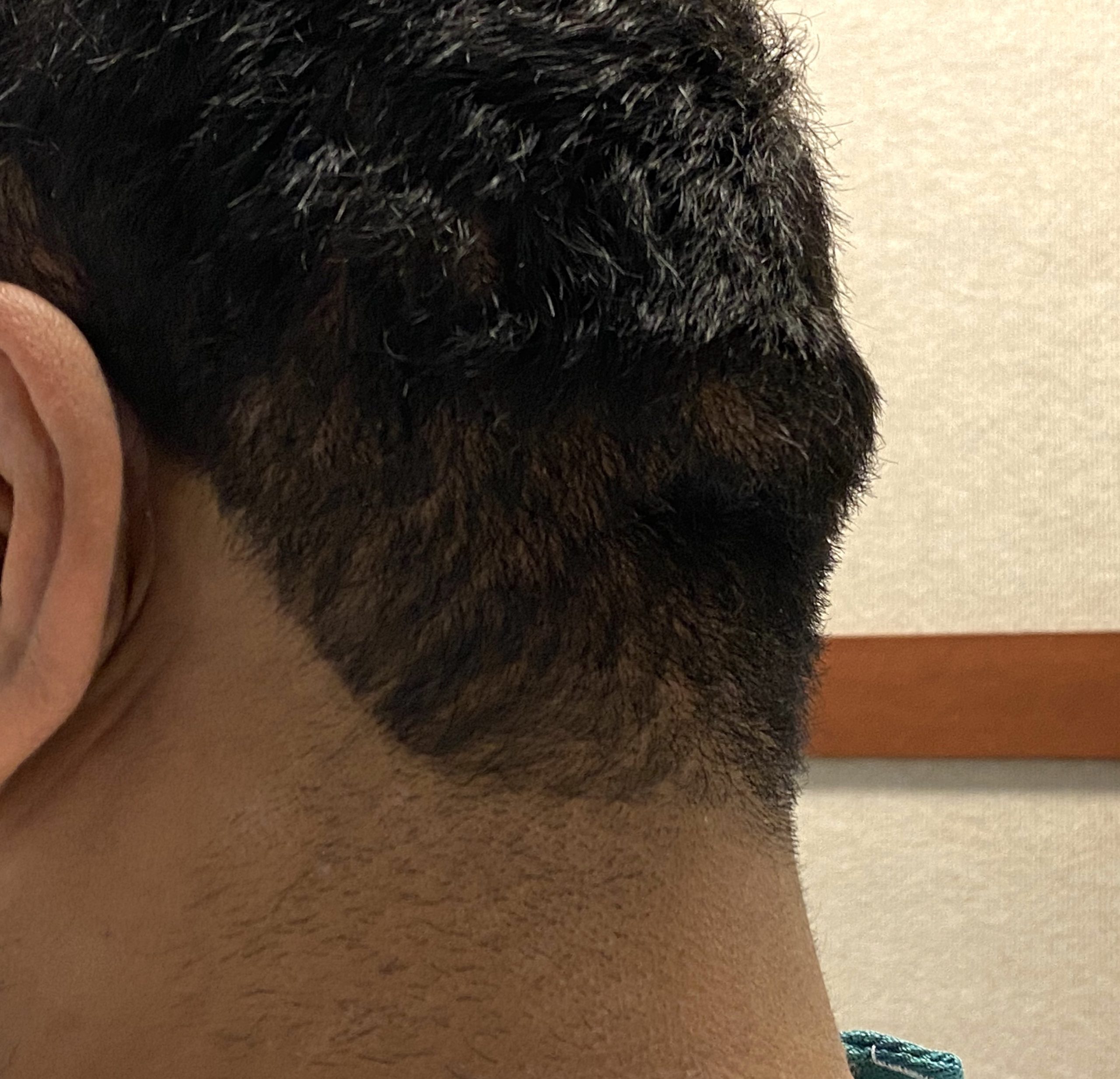 Background:  The back of the head is seemingly devoid of any distinctive features. Yet it has as many osseous features as that of the forehead which is on the opposite side of the skull. At the bottom of the occipital bone on the back of the head is the central inion, or occipital knob, as well multiple horizontal nuchal ridges. What creates these raised bony landmarks is the attachment of the neck muscles. For most people these occipital bony features are minimally developed and thus imperceptible.

But for some men these normally hidden occipital bony features become enlarged and create external protrusions. While particularly visible in the male who shaves his head, such bony protrusions can be bothersome to those with hair coverage as well. One of these bony protrusions is that of the nuchal ridge or nuchal line. While  there are four curved horizontal lines on the occipital bone, the one that can become the most enlarged/noticeable is the superior nuchal line. It is to this line that the splenius capitis, trapezius and the occipitalis muscles attach. When it becomes enlarged a horizontal ridge of bone extends outward from the central inion. It usually goes 8 to 10cms along each side. Am external scalp roll will appear over it which will feel very firm.

In the reduction of the enlarged superior nuchal ridge it is important to recognize that the overlying scalp roll may or may not completely lay flat when the bone is reduced. 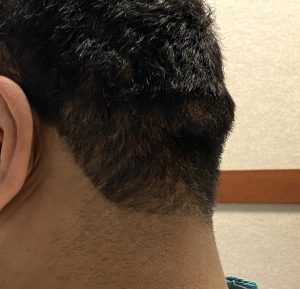 Case Study: This male was bothered by a hard prominent roll on the back of his head. It was a horizontal raised line of bone consistent with that of an enlarged superior nuchal ridge line. The scalp roll/bony line extend about 5 to 6 cms on each side of the midline. 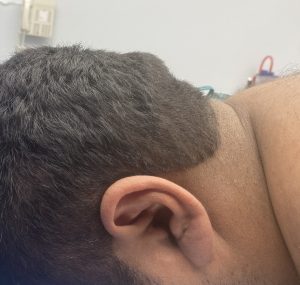 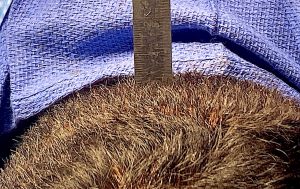 Under general anesthesia and in the prone position an incision was made in the bottom indentation of the scalp roll paralleling the exit of the hair shafts. Once past the hair follicles electrocautery dissection was done way down to the bone. The scalp thickness to the bone was 3 cms. 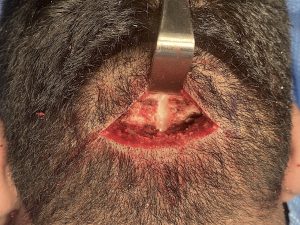 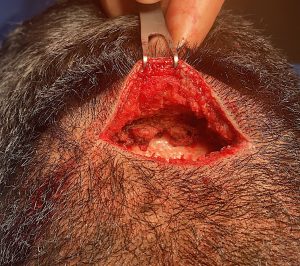 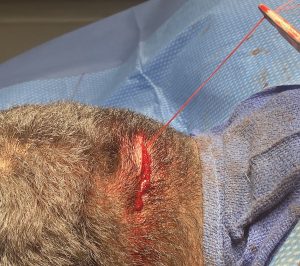 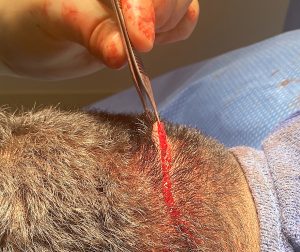 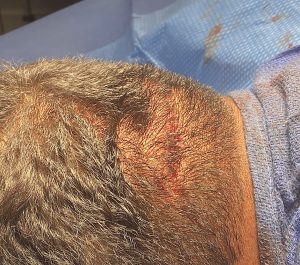 The scalp roll was then released by scoring the galea to get it to unravel. A deeper layer was closed  which pulled the scalp roll inward. By so doing a small scalp redundant was excised and the closed.

While bony reduction of the enlarged nuchal ridge is the most important part of the procedure, it alone may not completely reduce the external scalp roll appearance. The scalp roll is a contracted mass of soft tissue that envelops the bony prominence that must managed as well. A soft tissue release is necessary which will allow it to unfold, lay down over the bone and demonstrate how much of it needs to be removed…which is always less than one would think.

1) A prominent bony nuchal ridge creates an external protrusion on the back of the head that is often associated with an overlying scalp soft tissue roll.

2) Using the natural crease created at the bottom of the scalp roll, incisionalaccess is gained to perform reduction of the bony nuchal ridge.

3) The scalp redundancy associated with a prominent occipital bony protrusion is treated by a release and excisions technique to allow the bony reduction to be fully seen.