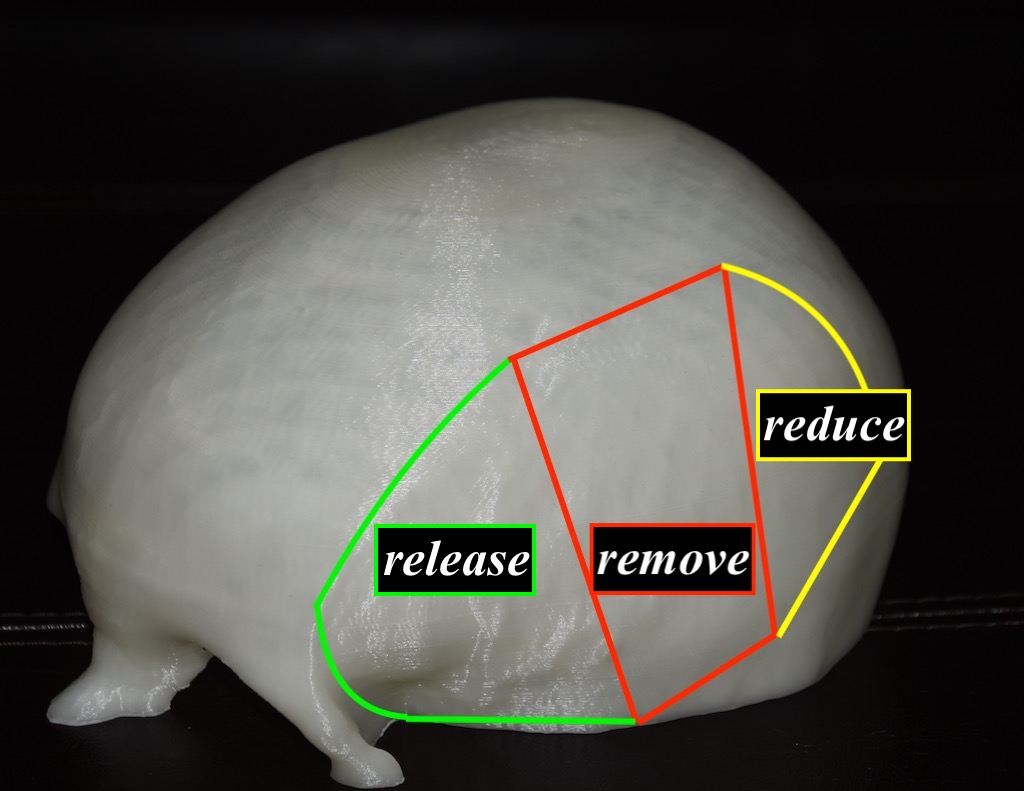 Background: The wide side of the head aesthetic deformity refers to an increased convexity that is  disproportionate to the height of the skull and face. These head shape concerns are almost exclusively male concerns because of their more common short hairstyles or shaved heads. With increased exposure the five surfaces of the head become more visible from every viewing angle. 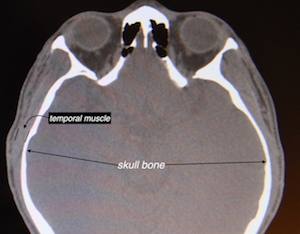 In the most common form of the wide side of the head deformity the posterior temporal muscle is removed to reduce the excessive convexity. This effect is seen above the ear and the side of the head behind it. While effective for many the standard temporal reduction operation works if the width is more in the central side of the head area. 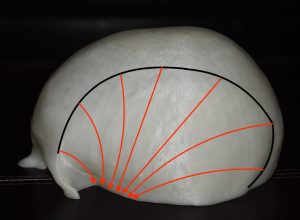 But not surprisingly excessive side of the head width may be more encompassing involving the complete side of the head from front to back. This is a true skull expansion in which the muscle is pushed to the side, not thicker, due to the width of the bone underneath it. The bony temporal line that borders the temporal muscle and serves as its fixed attachment funneling all of the muscle towards is narrow insertion under the zygomatic arch, is wider. This means the side of the forehead in front and back of the head posteriorly is wider. In this type of head width deformity the standard temporal reduction procedure is not completely effective as it does not incorporate all of the elements of the head width. .

Case Study: This male was bothered by wide sides of his head. He had long hair which covered much of his forehead and the width of the side of his head. As often happens, while the hair may hide the head shape concerns, it is not the patient’s preference. Their goal is to one day wear shorter hair and feel comfortable doing so. 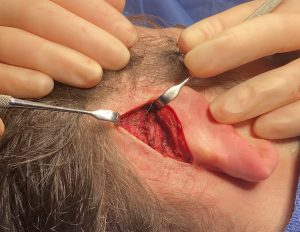 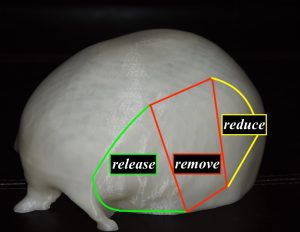 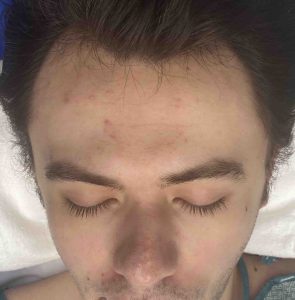 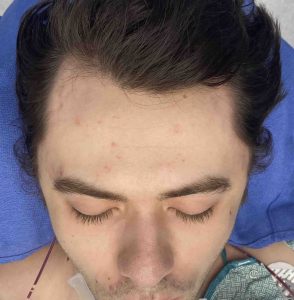 His intraoperative before and after pictures show the immediate change in his head width…although the anterior muscle reduction takes much longer to see as it relies on muscle atrophy over time to see the complete width reduction change.

2) In total head width reduction the bony temporal lines and the muscle between them needs to be reduced.

3) Due to scar concerns, particularly in men, the muscle reductions and the posterior temporal lines can be reduced but the anterior temporal bony line can not.