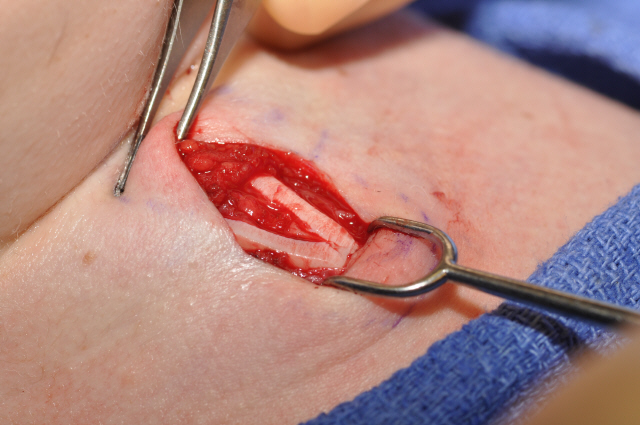 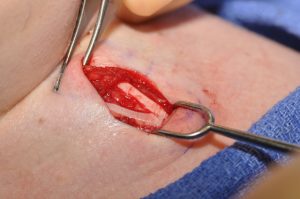 The reduction of a tracheal prominence by cartilage shaving, medically known as a chondrolaryngoplasty, is a procedure that is best known for its use in transgender male to female patients. In my experience it has been used equally for the traditional male who has an extremely large tracheal protrusion. But I have yet to see a cis-female who has requested this specific form of neck cartilage contouring.

In the January 2023 issue of the Annals Of Plastic Surgery an article was published on this topic entitled ‘A New Technique for Chondrolaryngoplasty in Patients Assigned Female at Birth.’  They describe a modification to the traditional open tracheal shave technique used in 34 patients over a five year period, most of whom were women.  (as the article title implies) After the cartilage has been reduced, bilateral platysma muscle flaps are elevated and advanced up over the thyroid notch to further camouflage the thyroid prominence. There were no complications from the supplemental muscle flap technique and most patient were satisfied with their aesthetic outcomes. They did have four patients with scar issues but this issue seems unlikely to be related  to the muscle flap procedure.

This is a camouflage technique that is an interesting concept as it elevates the neck in the supratracheal area. This is useful as not all tracheal prominences can be reduced so that they are completely flat. By increasing the neck contour above the trachea it helps reduce whatever prominence exists below it.

It is not precisely clear from the article as to why this camouflage technique would be most useful in cis-females compared to other tracheal prominence patients. Perhaps because females have less strong prominences and that limits how much of the tracheal prominence can be safely reduced. Adding some bulk over and above the cartilage reduction assures a completely smooth neck contour in profile.