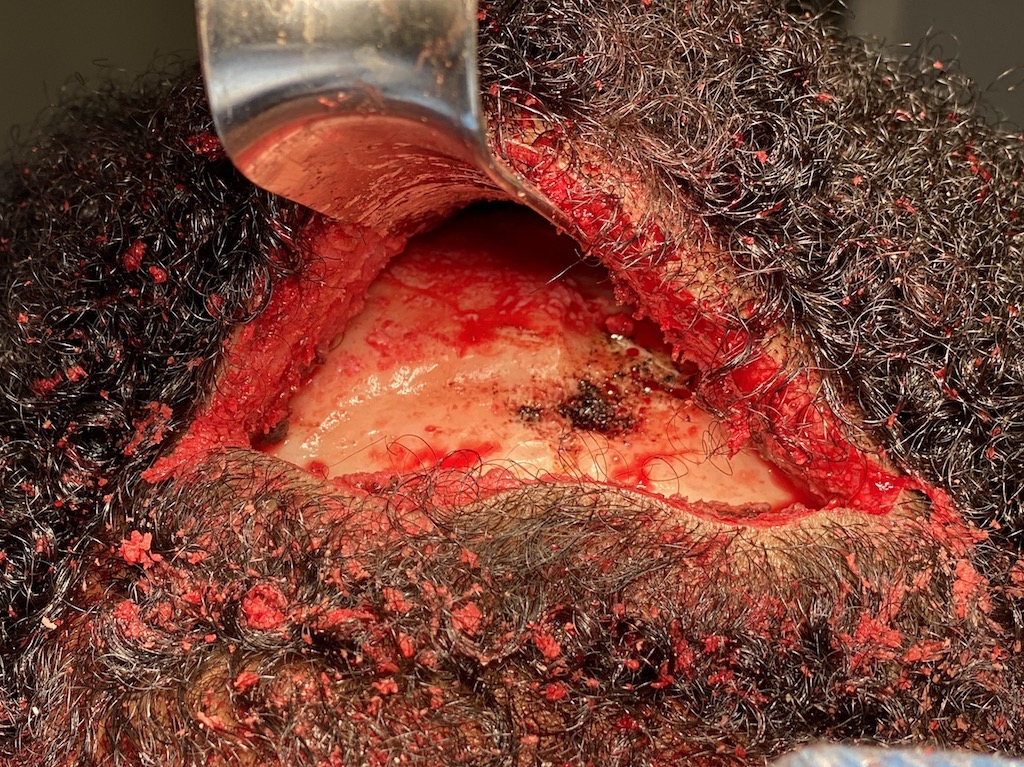 Background: Aesthetic skull reshaping involves a variety of procedures which fundamentally are contour changes of either reductions, augmentations or a combination of both. Reduction of an excessive bony prominence constitutes skull reductions which can be relatively small or may involve multiple bone surfaces. Regardless of the size or location of the bony prominence reduction is done by high speed burring. 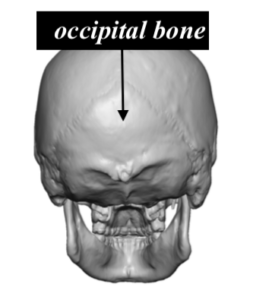 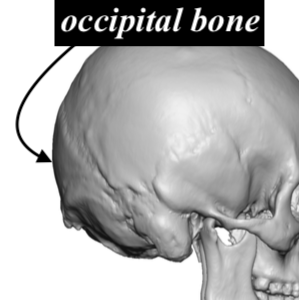 The most common skull reduction patient is a male and the most common area to be reduced is on the back of the head. The occipital bone is located on the lower half of the back of the head and is the corollary to the frontal bone on the front of the head. Along its inferior aspect is its unique topography which includes a central bony knob and a raised horizontal ridge from side to side. Both can be quite small and not seen externally or can be exaggerated in size and is what drives the patient to seek reduction of them. In its most exaggerated form the entire occipital bone is enlarged and bulges out from the lambdoidal suture line superiorly down to the bottom edge of the visible bone.

Like most aesthetic skull reshaping procedures any reduction at the occipital region involves a small incision to do so. This is almost always located at the bottom of the occiput ideally in a horizontal scalp skin crease if it exists. What is unique about working through this small area of access in occipital skull reductions is that the shape of the reduced bone can not just be made into a flat surface. It still has to have a convex shape to it.

Case Study: This male desired to have an overprotecting back of his head reduced. The protrusion involved the entire occipital bone and it could be felt as a distinct circular bony protrusion. 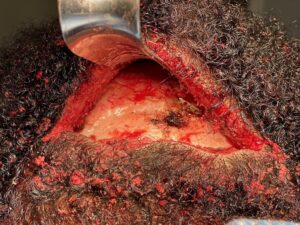 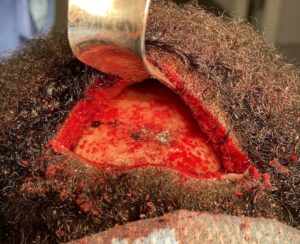 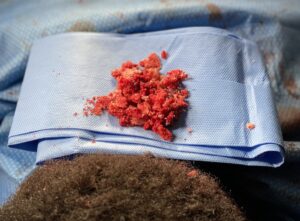 Collecting some of the bone dust that results from high speed burring demonstrates how much bone has actually been removed. 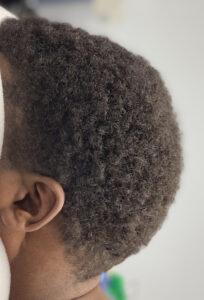 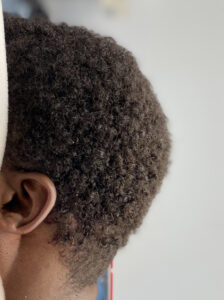 The effects of the occipital skull reduction can be appreciated at the end of the surgery after a drain was placed and the incision closed.

It is very easy when reducing a large section of skull bone through a limited incision to get ‘lost’. By using a quadrant section technique, the area that is being reduced can be compared to adjacent untouched bone so that the entire reduced area is more consistently done.

1) The most common area treated for a bony protrusion on the skull is the occiput, whether it is reduction of a central knob, horizontal nuchal rudge or the entire occipital bone.

3) While the goal is to reduce the excessive occipital projection it is also importance to still keep a bit of a rounded shape to the lower back of the head..