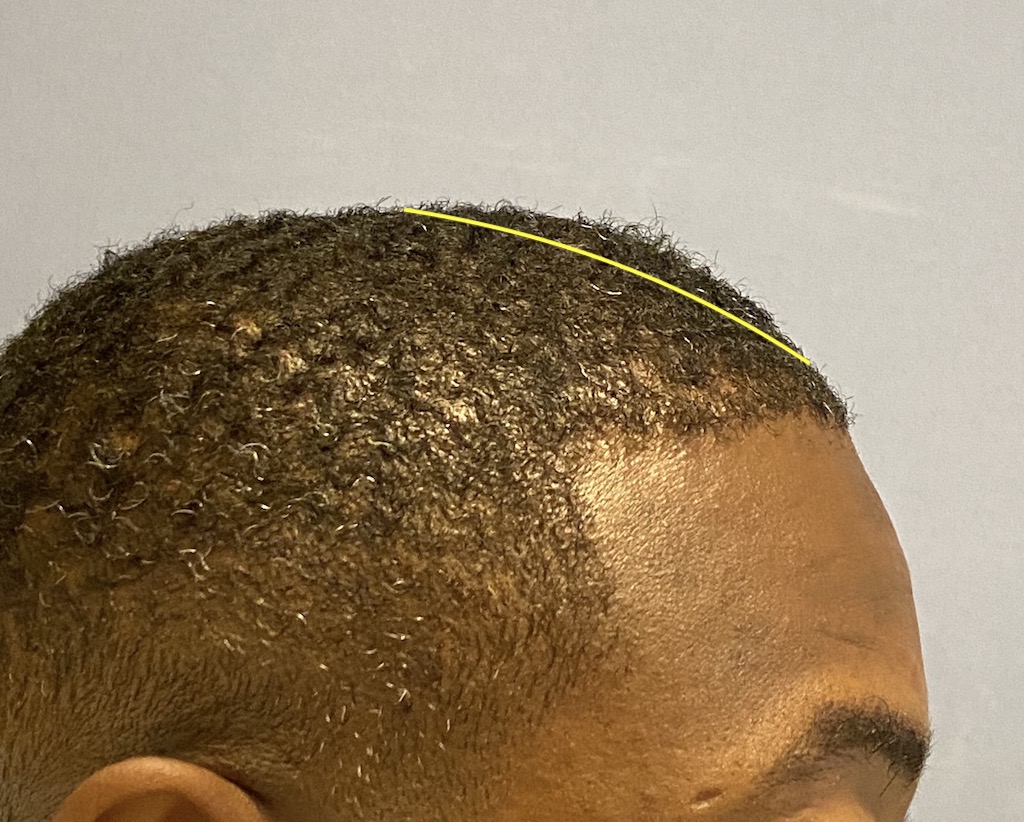 Background:  The shape of the skull has been described as most aesthetic if it follows the Golden Ratio. This is described as the length and shape of two arcs between the nasion and the inion subdivided by the bregma in profile. These two profile arcs, the bregma-inion (BI) and nasion-bregma (NB), ideally should be in a ratio of 1.6:1.0. (BI/NB) While there appears to be some merit to this concept what is not described in this arc ratio relationship is the shape of the arc. The bregma point should be lower than the top of the back of the head as it slopes downward to the forehead. While never described from an aesthetic skull shape standpoint that profile skull shape is clearly shown  in the skull Golden Ratio concept.

The gradual slope of the skull as it comes forward to the forehead can be disrupted by a variety of skull shape abnormalities. One of these is the anterior fontanelle bump. The anterior fontanelle, one of a babie’s soft spots, develops at the union of the coronal and sagittal sutures. It originally was an open area at birth but the bone plates gradually merge together somewhere between 9 and 18 months of age. If this anterior fontanelle closure area closes a bit sooner or the bone plates grow and fuse together thicker than the surrounding bone it cam appear as a raised area or bump of bone. While of no functionally significance its height disrupts the gradual slope of the skull profile shape as it descends towards the forehead. 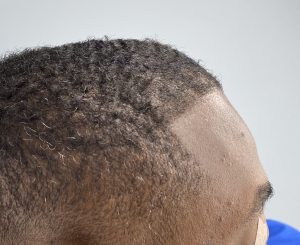 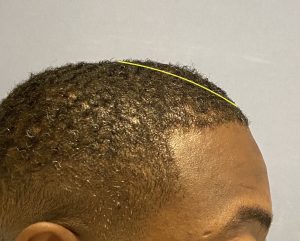 Case Study: This male was bothered by a raised area of bone on the part of the skull behind the hairline. It was a circular hard area of bone located centrally that disrupted the more ideal slope of the skull as it approached the frontal hairline and forehead. As a male with short hair this bony bump was aesthetically bothersome. The goal was to reduce this bony bump and establish a better skull shape in profile. 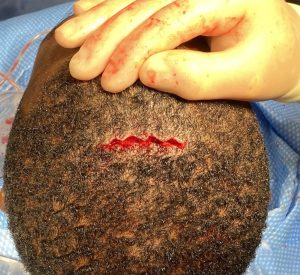 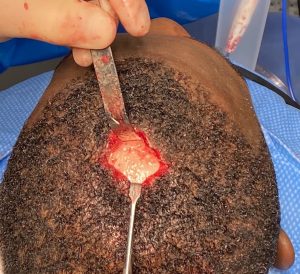 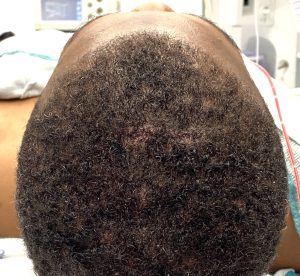 Under general anesthesia and through an irregular zigzag scalp incision directly over the raised bony area a high speed bone burring technique was used to reduce as much bone as possible. The visual evidence of the coronal sutures confirmed this was the original anterior fontanelle area. A drain was placed and head dressing applied. 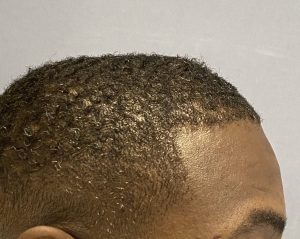 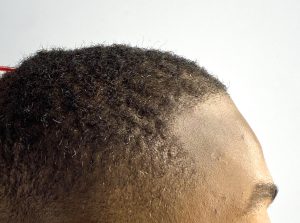 His before and after profile assessment showed the immediate improvement in his profile head shape.

While there may be many variations to the shape of the head there are certain abnormal curves to it that can be aesthetically bothersome. The slope of the skull on the top of the head is one of those curves in which a gradual descent to the forehead from the crown area is an accepted shape. When that profile curve is disrupted, either by a high crown area or a high front part of the top of the head the shape acquires an un aesthetic shape. The Golden Ratio is probably disrupted as well as the nasion to inion distance is increased. In the case of the high anterior fontanelle deformity the NB distance is increased. Lowering it by bone burring of the bregma region improves the shape as well as acquires a more pleasing profile curve.

2) In profile the most aesthetic skull shape has a downward curvature as it descends from back to front.

3) The raised bump from the anterior fontanelle skull deformity can be reduced by burring in the amount the thickness of the bone will allow.