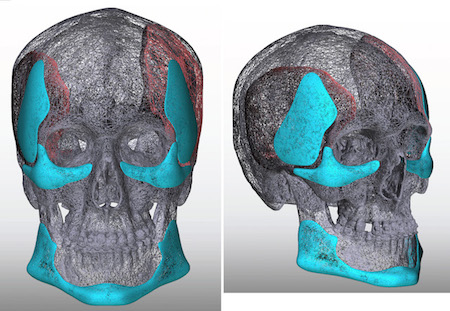 Background: Custom facial implants provide the most substantial amount of facial augmentation due to their often larger bony surface areas that are covered. This combined with the ability to create one’s desired dimension and shape of the implant illustrate why this implant approach is far superior for many patient’s over the use of standard facial implant styles and sizes.

But despite the many advantages of custom facial implants, their design is speculative and there is no scientific method that assures that the design will create the exact look the patient desires. While the majority of patients achieve satisfactory outcomes with one surgery, there are some patients that discover their aesthetic outcomes are not initially achieved or the patient desires further improvement despite an uncomplicated and satisfactory outcome.

While the concept that a significant number of custom facial implants go on to further surgery with new implant designs, this is not as unusual as one would think. When considering that the facial structural changes that custom implants create takes patients to a new look that is not familiar, it is not so surprising that not only does it take time to adjust to it but desired changes are not uncommon. 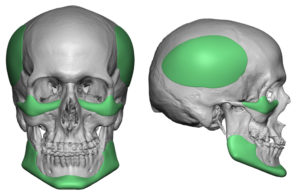 Case Study: This young male had a history of custom jawline, infraorbital-malar and posterior temporal implants which healed without complications and with substantial aesthetic improvement. 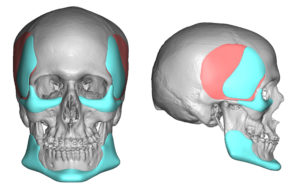 After adjusting to his new look he decided to enhance the result with several changes to his existing custom implant designs. He wanted further jaw angle vertical lengthening as well as a more narrow chin. He also wanted more lateral orbital wall augmentation as an extension of his existing infraorbital-malar implants design. Lastly with his posterior temporal region augmented he ow desired to complete the rest of the temporal area with an anterior implant that crossed up and over the anterior temporal line. Between the anterior temporal implant and the new lateral orbital wall augmentation he would effectively widen his forehead as well as the entire side of his head.

Under general anesthesia all new custom temporal and facial implants were placed through his existing scars from his first surgery. 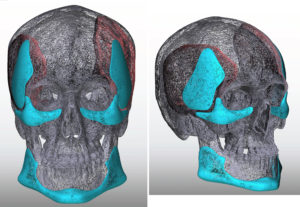 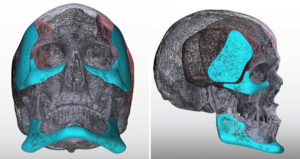 Once may wonder why would someone go through new custom implants with good results from the first set? The answer is a well known phenomenon known as ‘accomplishment feedback’. When you have achieved good results the first time without any negative issues or complications, the desire to take good results and make them even better is encouraged. This is a well known patient response in plastic surgery and it is no different with custom facial implants despite the magnitude of the surgery.

1) Custom facial implants are not infrequently exchanged for new implants in a desire to improve the initial result.

2) When larger custom facial implants are placed it is often necessary to stretch or release the existing capsule to make them fit correctly.