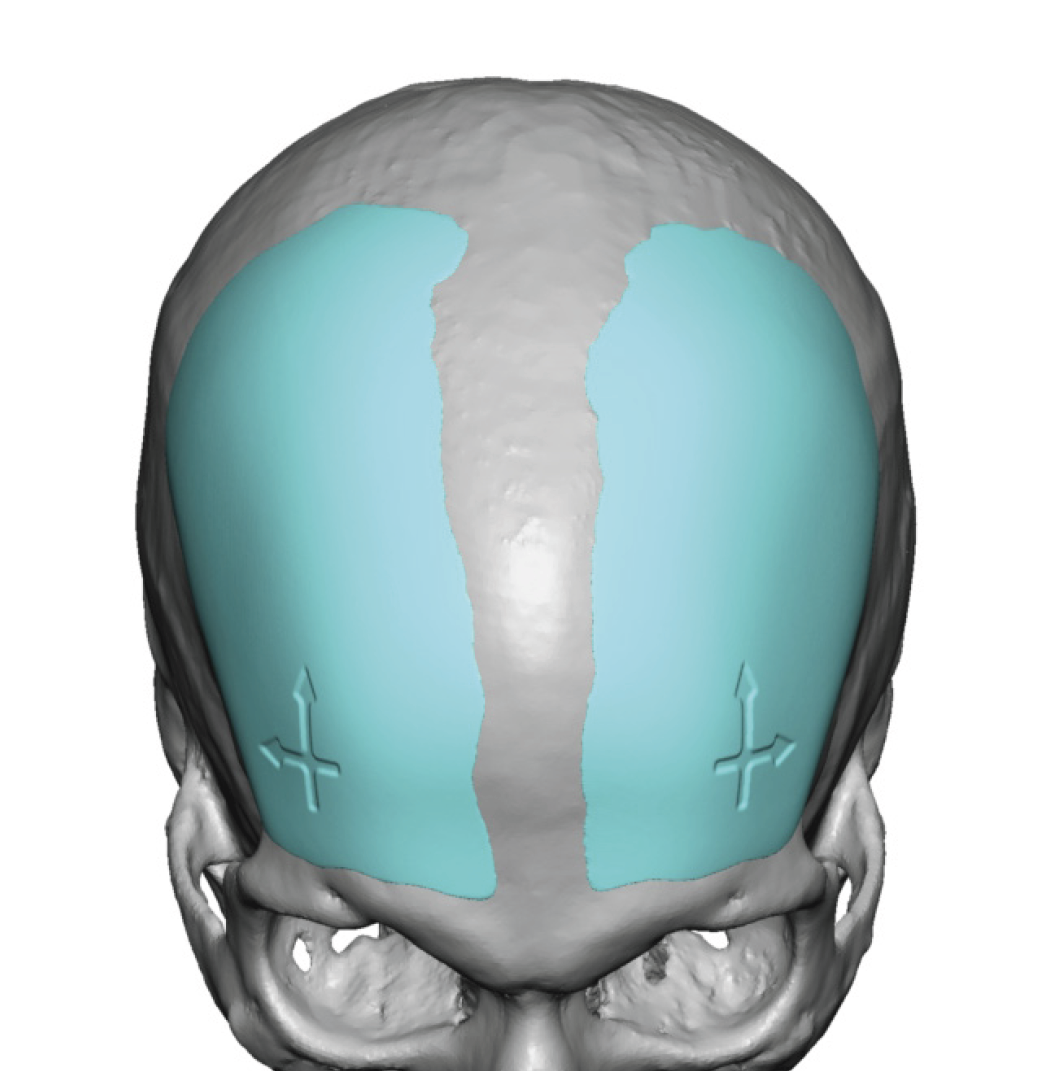 Background: The forehead can have a variety of unaesthetic forms that usually are reflective of the overall skull shape. This is not surprising given that the forehead is one of the five surfaces of an overall convex skull and all develop as a combined structure. This is well illustrated in the narrow forehead which often has more of  an inverted V-shape. In this type of forehead the bony temporal lines or sides of the forehead are more posteriorly located than normal than that of the central forehead. This is commonly associated with an overall narrow skull shape that is at the lower end of the deformity spectrum than that of a truesagittal craniosynostosis.

In improving the shape of the narrow forehead the key consideration is that the bony temporal line must be augmented. The bony temporal line is the most lateral side of the bony forehead. It is created by the attachment of the temporal muscle and most visibly the deep temporal fascia. In women this transition point is smooth and not detectable. In men this transition is more palpable and often visible due to the stronger attachments of the larger temporal muscles. But in either case making the forehead wider (less narrow) requires the temporal line to be crossed with the augmentation. This requires an implant design that allows for a smooth feather-edged transition from the bone onto soft tissue. This is where bone cements and solid implants of very firm materials (e.g., PEEK) become unsuitable due to the inability to aesthetically work for augmenting soft tissues.

Once a good forehead implant design has been obtained the next question is by what incisional method can it be placed. Normally thus would be from a superior scalp approach. But in the following case the opportunity to come from ‘below’ presented itself.

Case Study: This older male has a narrow forehead which he wanted to give it a better shape. He had an overall more narrow head shape from front to back. He also had eyebrow scars from a direct brow lift done 30 years ago that he also wanted improved. 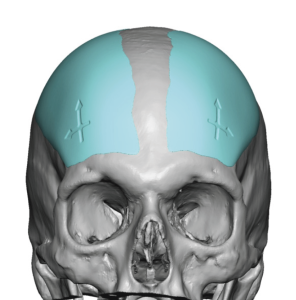 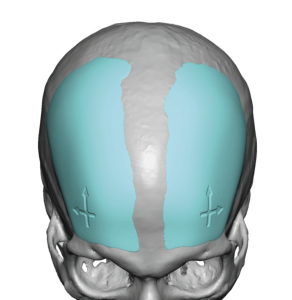 Using his 3D CT scan custom implants were designed to widen his forehead. Because he had good central forehead projection the implants were designed as two separate pieces for each side of his forehead. The key elements in their design is that they crossed the bony temporal line and extended far back onto the top of the head so that they blended into the shape of his head and looked natural. 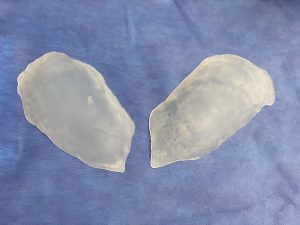 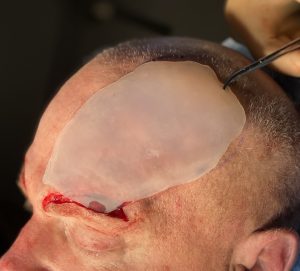 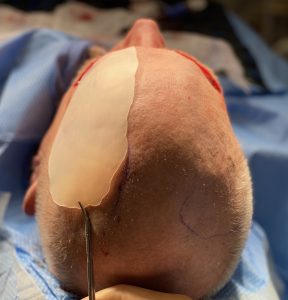 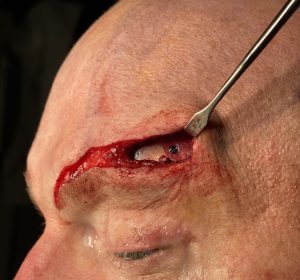 Under general anesthesia his eyebrow scars were initially cut out and dissection carried down to the bone only at their outer half. By limiting the dissection down to the bone to the outer half of the scars the supraorbital nerve branches were preserved avoiding permanent postoperative forehead numbness. Subperiosteal dissection was one over the bony forehead and onto the top of the head and onto the deep temporal fascia. The implants were inserted, positioned as designed and then secured with screws. 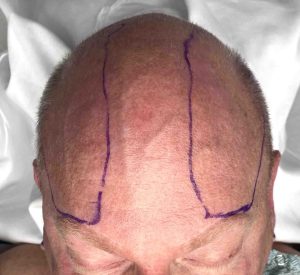 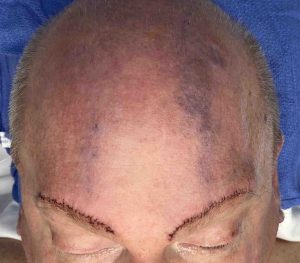 Closure of the eyebrow scars completed the procedure from which the noticeable but not overdone forehead augmentation result could be seen.

The use of his eyebrow scars was a good opportunity for implant placement to avoid placing new scars in a male with no hair coverage to hide them. I would probably not recommend this approach in a patient without pre-existing eyebrow scars.

1) In the narrow forehead bilateral augmentation implants that do not connect in the middle can be used provided that the central forehead has adequate projection.

2)  Forehead widening implant designs must cross over the bony temporal line and onto the deep temporal fascia for an adequate and natural looking forehead shape.

3) In this most unusual case the forehead implants were placed through existing eyebrow scars that existed from a prior direct brow lift done decades previously.