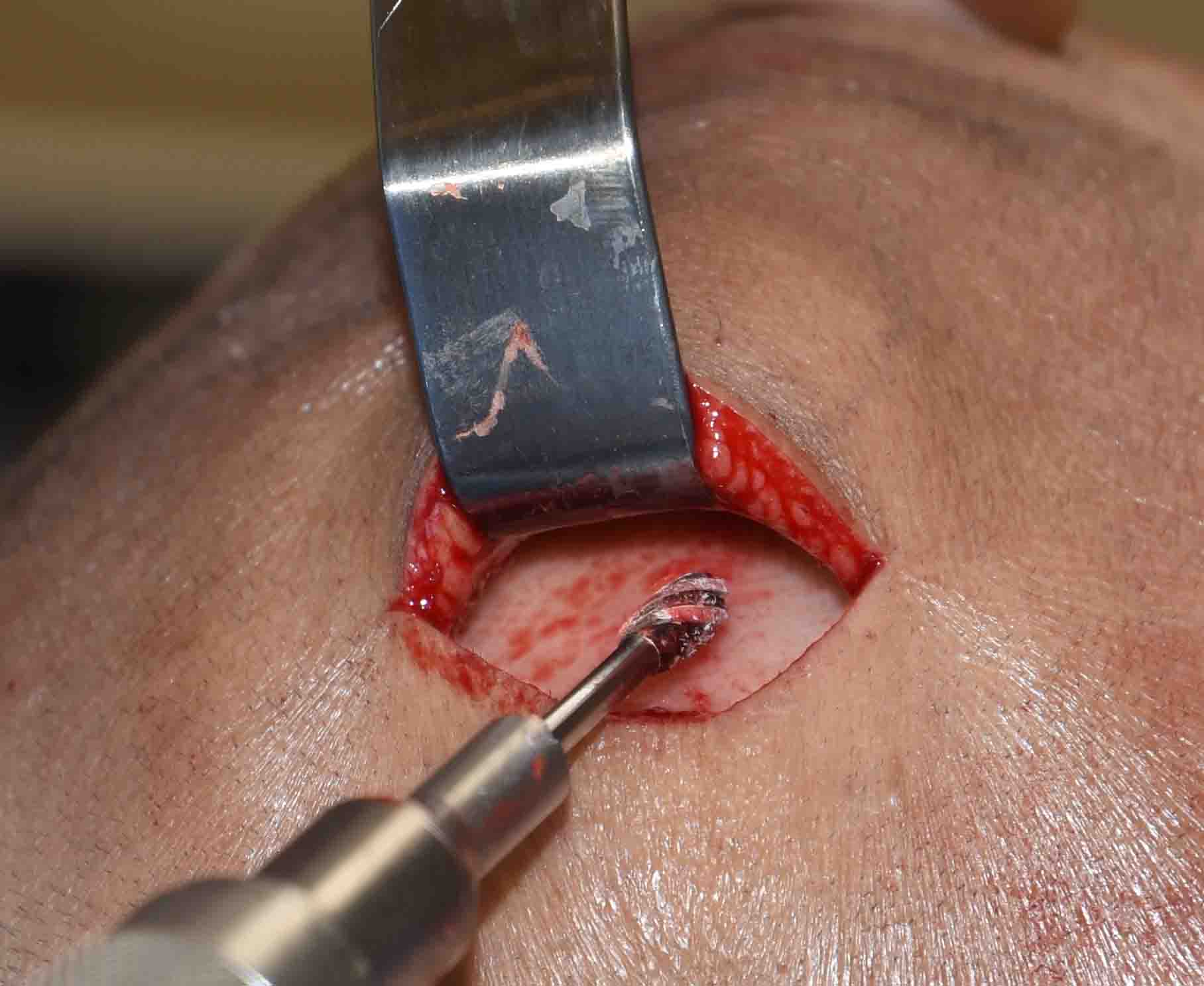 Background: The shape of the head largely consists of a variety of convex curves regardless of the angle in which it is viewed. It has an oblong spherical shape in which each edge transition, as viewed from various angles, has differently shaped curves to it. Differently shaped heads will cause disruptions of these convex curves that are unaesthetic in appearance.

When viewed from the front the top of the head from side to side between the temporal lines has a curved shape. Its highest point is in the midline but that is usually only slight higher and it still has a rounder shape. When the midline of the skull has more of a peaked shape the normal curve is bent upward creating the appearance of angulated sides. (or more like a roof top) This almost always is due to a high sagittal ridge or crest.

The midline sagittal suture connects the open anterior and posterior fontanelles that are seen in infancy. Like all cranial sutures this allows skull bone growth to occur perpendicular to it. Once the fontanelles have closed the growth rates of the skull slows down and the sagittal sutures gradually fuse. When the sagittal suture fuses way too early the well known sagittal craniosynostosis condition (scaphcephaly) occurs. But there are a lot more very minor variants of sagittal ridge deformities that are only aesthetic in nature and present as small raised ridges. Probably a lot of people have them but they only became a potential aesthetic distraction in the person who has a shaved head or very closed cropped hair. 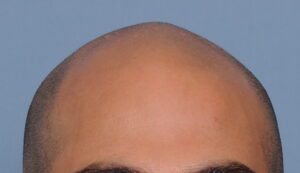 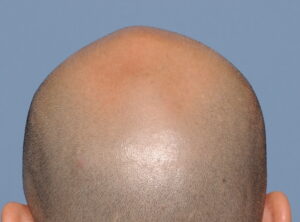 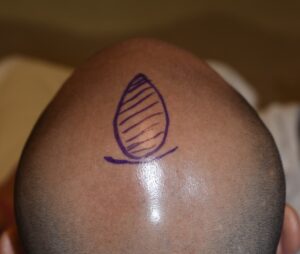 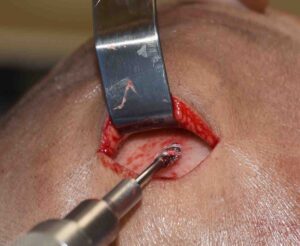 Under general anesthesia and through a curved 3.5cms scalp incision, the raised sagittal ridge was visualized. Using a high speed handpiece and burr the ridge was reduced down through the suture line. No diploic space was encountered, proving that this was a thickened area of bony overgrowth and not a raised intracranial region. 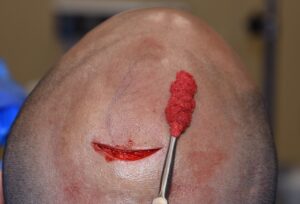 The amount of bone dust/residue removed should correlate with the length and height of the sagittal ridge reduced. 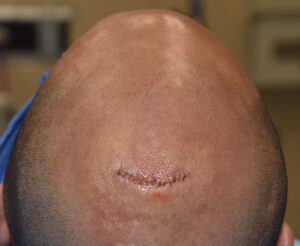 Once the bone reduction was completed a drain and head dressing was placed, which were removed the following morning. 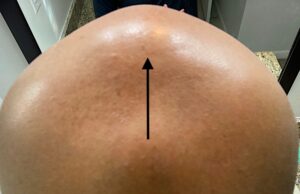 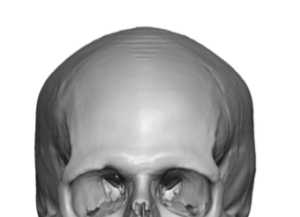 He returned years later to secondarily manage the residual posterior fontanelle region of flattening which was at the end of the sagittal ridge reduction. The well healed and inconspicuous scalp incision/scar  could be appreciated. The 3D CT scan necessary for the fabrication of a custom skull implant showed the reduced sagittal ridge region. 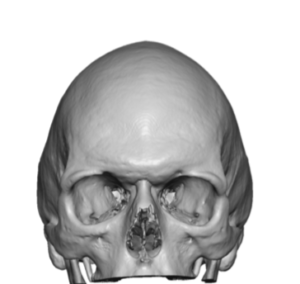 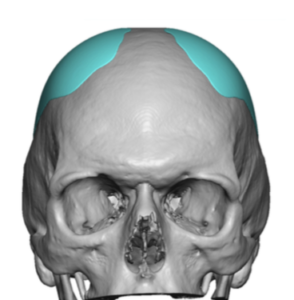 In reducing a sagittal ridge it is important to appreciate that the natural shape of the head in side view gradually raises up from anterior to posterior. The highest part of the top of head as seen in the front view is just in front of the crown area. Thus it is aesthetically important to not over reduce or make completely flat the sagittal ridge region of the skull. This creates an unnatural head shape. If the peaked head shape appears to show a very high sagittal ridge one must be aware that this likely represents a concomitant parasagittal deficiency as well and should be treated as well as part of the sagittal ridge reduction with parasagittal augmentations.

1) An elevated sagittal suture line can create a prominent midline peak in the shape of the head.

2) A sagittal ridge prominence represents a thickened area of linear bone which can be effectively and safely burred down.

3) The small scalp incision used in these limited skull reduction procedures heals in a near inconspicuous fashion.