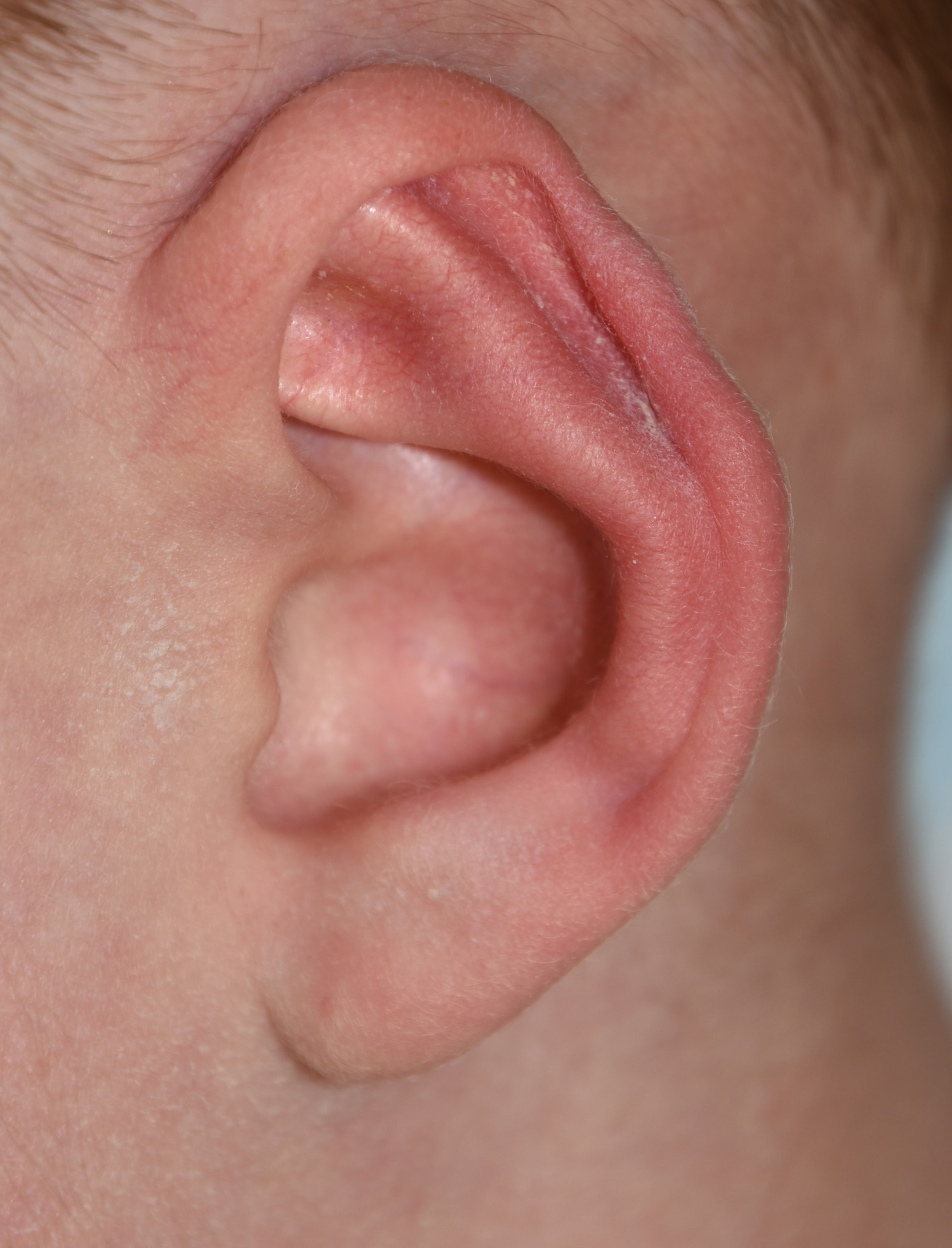 Background: The most common form of an aesthetic otoplasty is to setback protruding ears. This has been done for over a century using a large number of different techniques that focus on reshaping the ear cartilage through bending/scoring and suture fixation. Most of these different setback otoplasty techniques are done through open exposure with an incision on the back of the ear. While leaving a scar it is on the back side of the ear where it is relatively invisible.

The one very different setback ear technique is the incisionless otoplasty. In this unique surgery a needle is passed back and forth through the cartilage to make it malleable and then a percutaneous suture technique is used to fold and hold the ear in the desired position. The incisionless otoplasty avoids any surgical scar at all which is its appeal. However it is a highly technique dependent procedure which incurs all of the same risks of any other otoplasty method…which is primarily that of asymmetry and over/under correction.

Most postoperative incisionless otoplasty problems that I have seen are for under correction and/or asymmetry as a result. This would almost be expected as it would be far more likely that the correction wouldn’t hold rather than an over correction which theroretically would be apparent during the procedure. But that being said…

Case Study: This young male child had an incisionless otoplasty four months previously with a persistent over correction in the upper third of the left ear. At four months after surgery self-correction would seem unlikely. 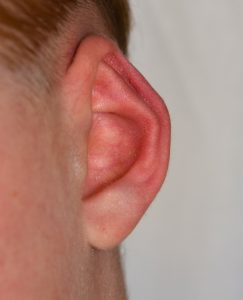 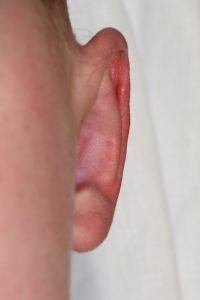 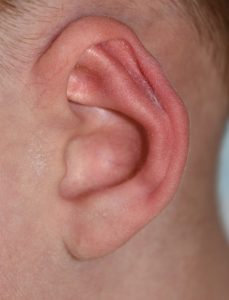 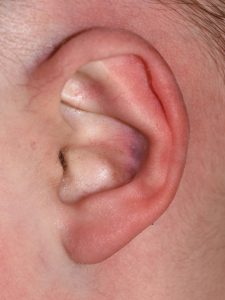 Under general anesthesia and through a small upper postauricular incision, the folded over cartilage was released and all scar tissue excised. Partial thickness cartilage were made to fully release the antihelical fold. Thus provided a normalization of the ear contour. (outer helical rim just beyond the anti helical rim in the front view)

The incision less otoplasty is a good operation but, like all otoplasty procedures, it has the same potential risks of infection, asymmetry and over/under correction. Having less of an incision, or none at all, does not lessen those potential risks.

1) Setback otoplasty is an ear reshaping procedure that heavily relies on suture techniques to reshape the cartilage.

2) Over correction in setback otoplasty appears as loss of the helical profile and a pinched anti helical fold.

3) Posterior cartilage release with scar excision, with or without an interpositional graft, can restore the helical rim to an improved contour.