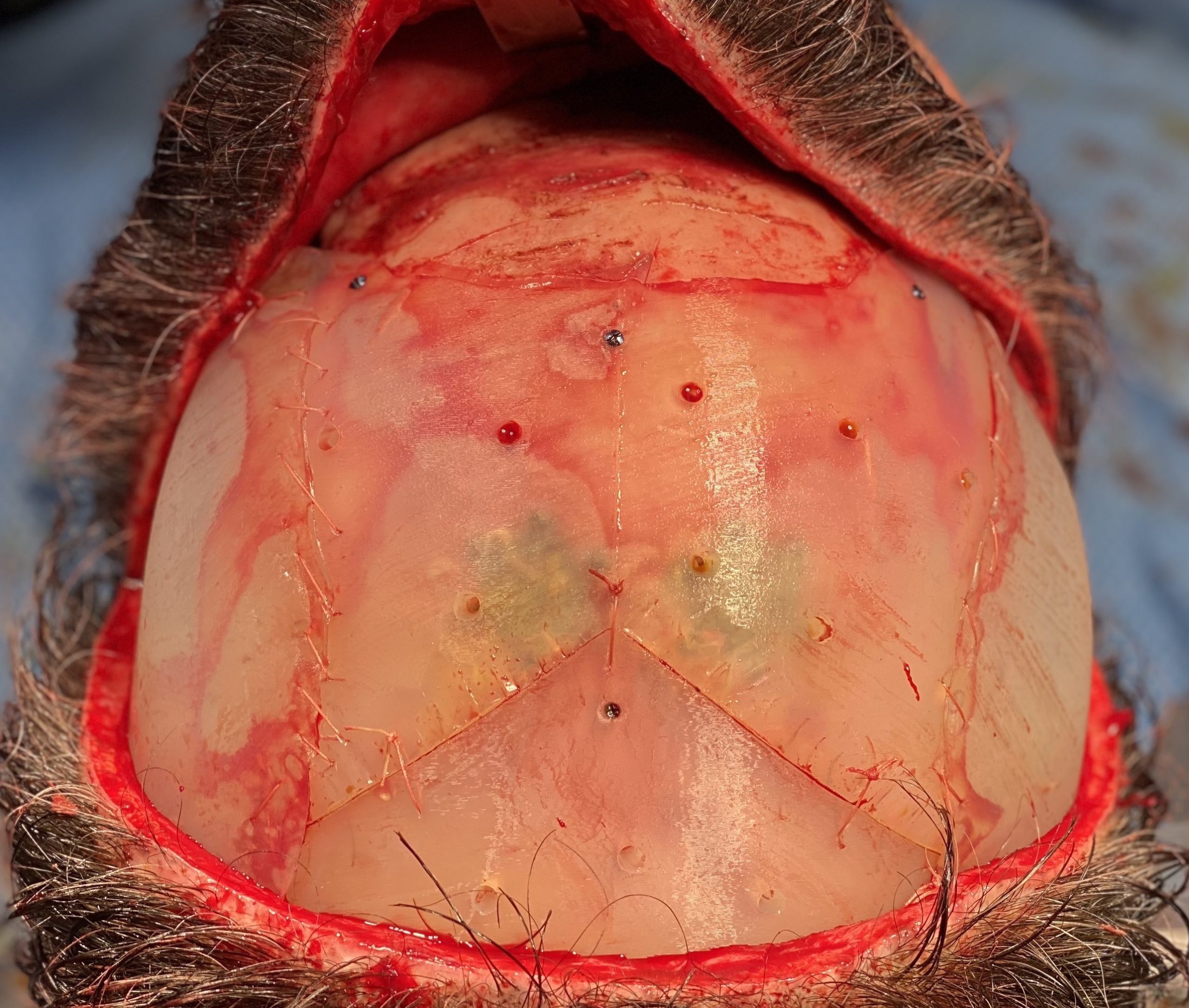 Background: Despite the successes achieved with all custom skull implants, the exact aesthetic outcome can never be known with absolute certainty. In addition patients may well have achieved their initial goal, or come very close to it, but desire to get even closer to it or even exceed it if possible. Either waif the issue is further size/dimensional increase it is going to require more augmentative material.

A secondary change in a custom skull implant, particularly for further augmentation (few patients ever ask for it to be smaller), often requires a new custom implant design. But whether that is necessary depends on what the exact amount and location of the additional augmentation that is needed. For a larger overall size increase that covers a large surface area of the implant then a new implant design would be best. But spot augmentations of more limited areas of the implant can be done with an overlay technique.

An overlay approach is applying a non-custom or custom implant on top of an existing custom implant for a specific additional augmentative increase. The interesting question is what the overlay implant would look like and how would it be applied to the existing implant. 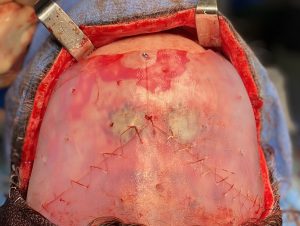 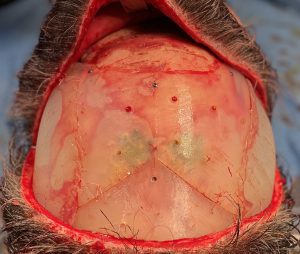 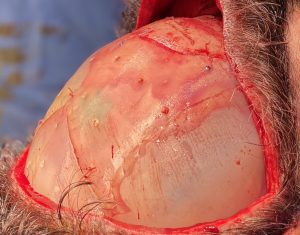 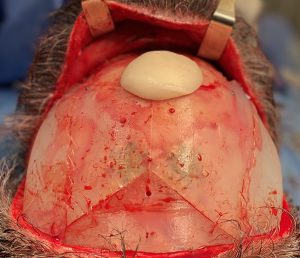 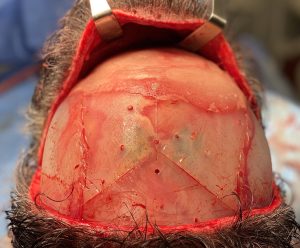 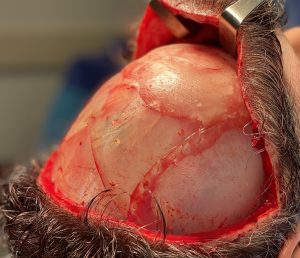 For the forehead PMMA bone cement mixed with vancomycin antibiotic powder was mixed into a putty. It was placed on the forehead and initially hand shaped and secondarily the scalp flap was used toggle it its final shape and contour.

In the right situation overlay implant techniques can be used for secondary augmentation. Key considerations include material choice and methods of application, shaping and fixation. With wide open access as in this case through an existing coronal incision all of these overlay techniques are straightforward to overcome. In more restrictive access through smaller scalp incisions skull implant overlay techniques will be more challenging and less successful.

1) Custom skull implants can make for positive head size and shape changes but some patients may seek for further additive changes with secondary surgery.

2) In secondary skull implant surgery for additional dimensional increases the options are to either make a whole new implant or add an overlay onto the exiting implant.

3) If an implant overlay is chosen the decision is then what material and what implant shape should it be and how would it be fixed to it.