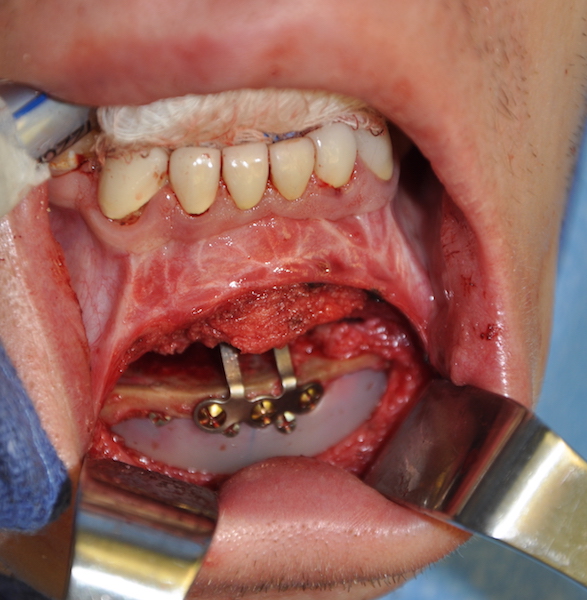 Background: When a chin implant fails to provide satisfactory horizontal projection, the initial question is always why. Most of the time the surgeon has inadequately estimated the patient’s aesthetic needs or chosen an implant size they thought looked adequate. More times than not there has been no preoperative imaging prediction work done to determine what amount of augmentation looks good to the patient. This doesn’t mean that computer imaging is always completely accurate but its role is to determine what looks good to the patient which then helps guide implant selection.

When converting to a secondary sliding genioplasty the traditional approach is to remove the chin implant and make the total horizontal movement all bone. But there is another option. If the initial chin implant is in good position it can be left in place and moved forward with the sliding genioplasty. This has the advantage of needing less of a forward bone movement than if the implant was removed. This can be thought of as an auto-implant chin augmentation technique. 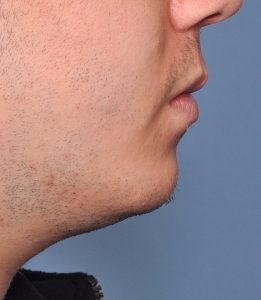 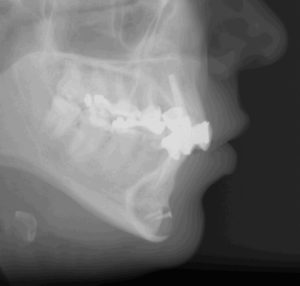 Case Study: This male had a prior chin implant which, perhaps initially with the swelling, looked like a good improvement but ultimately was inadequate both horizontally and vertically. A lateral cephalometic x-ray showed reasonable  positioning of the chin implant with screw fixation and some passive settling of the implant into the bone. The implant was measured providing 7mm projection. 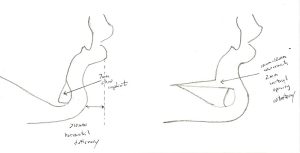 Old style cephalometic tracings were done (since the cephalometric x-ray already existed) which estimated that an additional 10mm of horizontal augmentation was needed with some vertical lengthening as well. 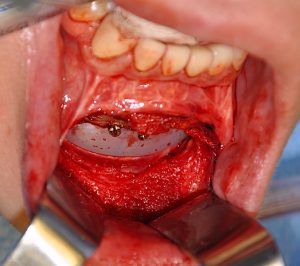 Under general anesthesia and through the previous intraoral scar, the chin implant was exposed and some persistent projection. 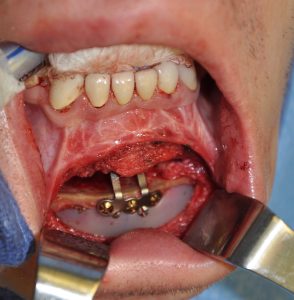 The bone cuts for the sliding genioplasty were made just above the implant for side to side keeping the implant in place. The bone was moved  and fixed per the preoperative cephalometric tracing.

1) A chin implant can lead to further chin augmentation efforts if it does not provide enough horizontal projection.

2) If significant secondary horizontal chin projection is needed, a sliding genioplasty may be needed to provide the amount needed.

3) Rather than remove a chin implant for a secondary sliding genioplasty it can be left in place and carried forward with the bone movement, thus keeping its initial aesthetic benefits.