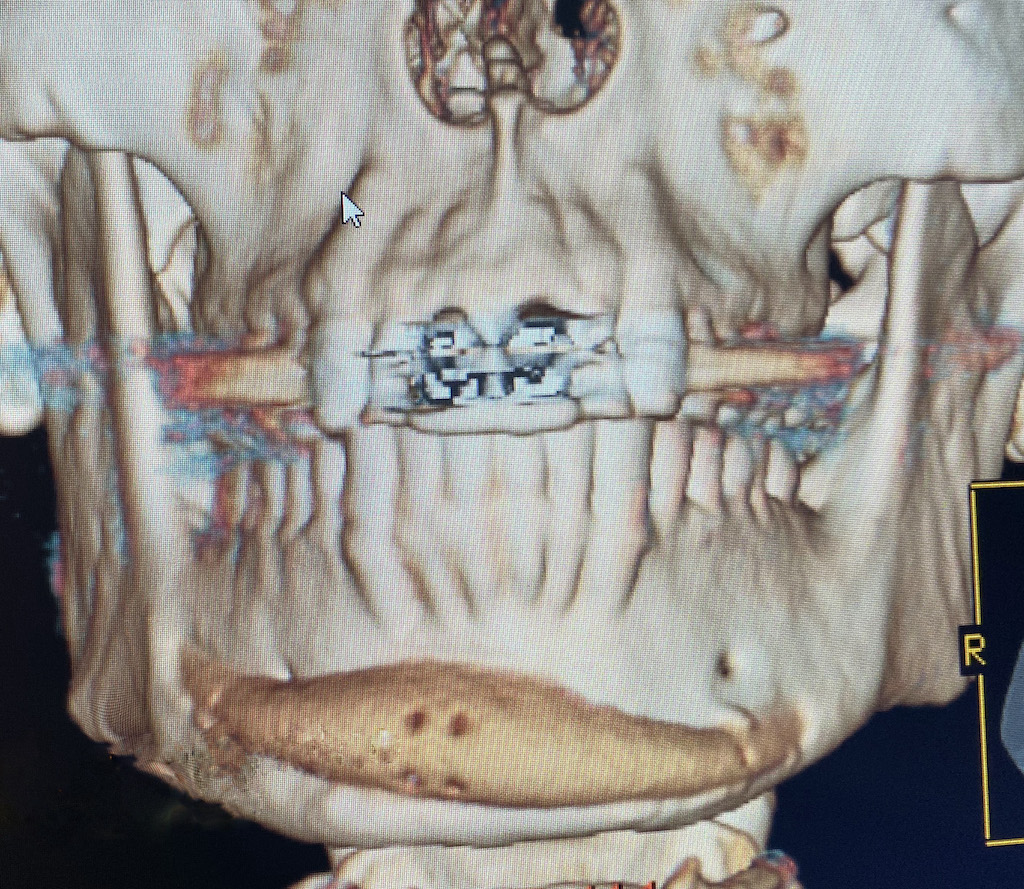 Background: Implants remain the most common form of chin augmentation due to their immediate effects and relative simplicity of the surgery. But chin implants have their limitations including the risk of infection, implant malposition and inadequate amounts of augmentation. When the postoperative problem is an inadequate augmentation result the question becomes whether to replace the existing implant with a larger one or whether a sliding genioplasty replacement would be better.

The answer as to what the secondary chin augmentation procedure should be depends on knowing the exact dimensions of the indwelling chin implant and what additional dimensional changes are needed. Even if the chin implant’s dimensions are known based on size and style of the implant, where it is on the bone and whether it is exhibiting the full effects of the implant is not known. This is why a 3D CT scan should be done to appreciate the implant’s position on the bone and where the projection thickness of it can be measured. In determining how much additional chin augmentation is desired a combination of clinical measurements and computer imaging is needed. 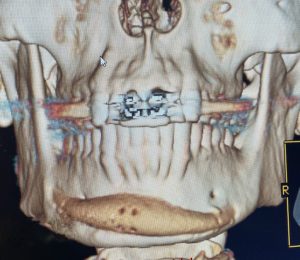 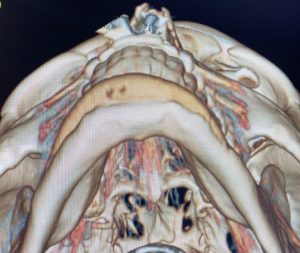 Case Study: This male has a chin implant placed for which he was unhappy with both its aesthetic result as well as the chin asymmetry that it caused. A 3D CT scan showed an 8mm projecting chin implant with asymmetric placement. 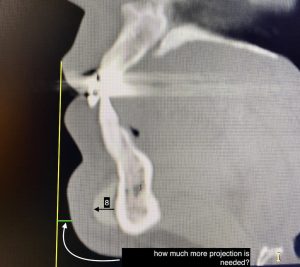 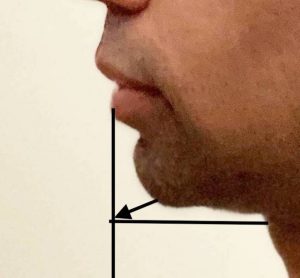 Using measurements from the CT scan combined with external clinical measurements it was determined that the existing chin implant projection may be a little less than 8mms given its position on the bone. Clinical measurements showed that the additional dimensional increases were out to 12mm horizontal and 5mms vertical. Thus an additional 4mms was needed horizontally and a new 3mms vertically which the current implant did not provide. The patient opted for a sliding genioplasty replacement. 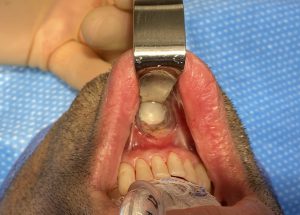 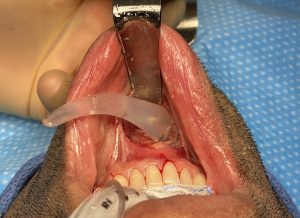 Under general anesthesia and through the existing intraoral scar, the existing chin implant was exposed and removed. 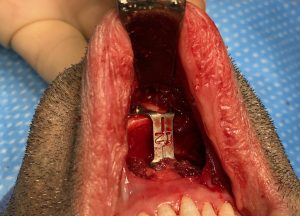 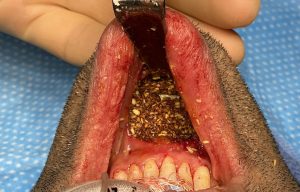 It was replaced with a 12mm sliding genioplasty advancement with a slight vertical opening. The large bony steopoff was filled in with 5ccs of corticocancellous cadaveric bone chips. 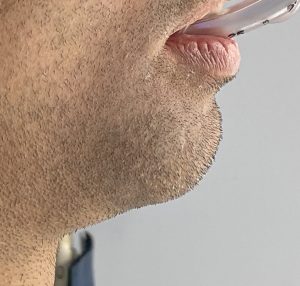 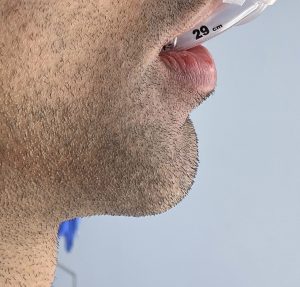 While there are numerous differences between using a implant or moving the bone for a chin augmentation effect, the most aesthetic difference between them is in how much dimensional increase each can achieve. There is also the limitations of how much implant load the soft tissue chin pad can safely tolerate. When larger amounts of chin augmentation are determined secondarily to be necessary after an initial chin implant the most effective procedure with the least risk of potential problems is a sliding genioplasty replacement in most cases.

1) Replacing a chin implant with a sliding genioplasty requires a knowledge of the indwelling implant’s dimensions and position on the bone with a 3D CT scan.

2) Preoperative clinical measurements are used to determine what additional dimensional changes are needed beyond that of the existing chin implant.

3) The intraoral approach can be used to both remove the existing chin implant and perform the sliding genioplasty replacement during the same surgery.