The Safety and Effectiveness of Perioral Liposuction 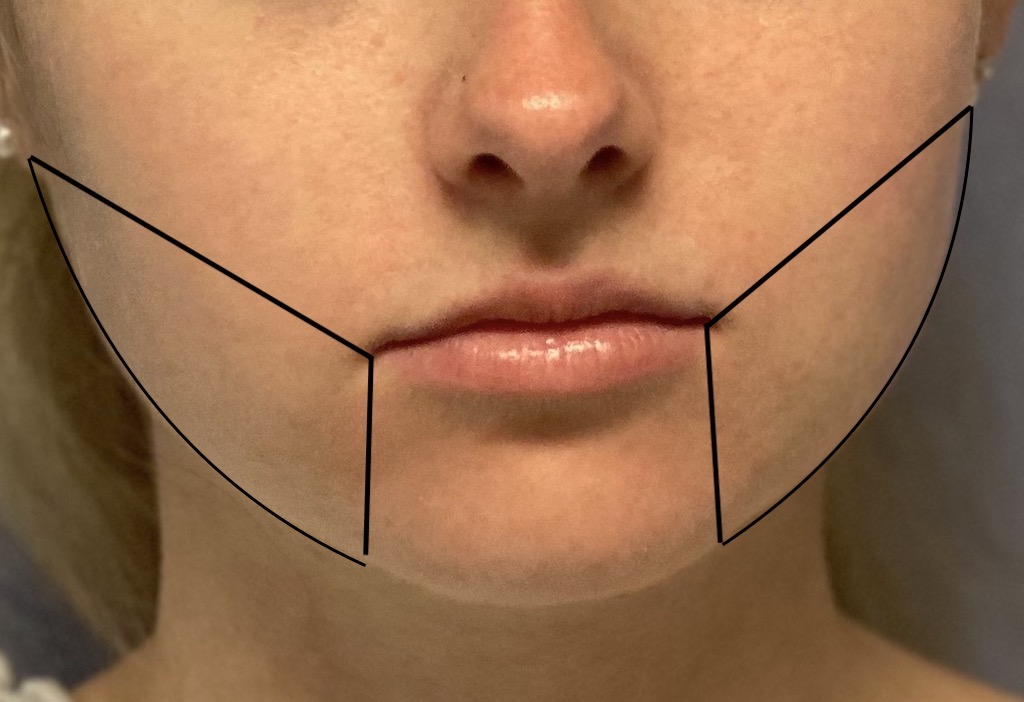 In trying to achieve a slimmer face, for a facial derounding effect, there are limited areas of fat removal which can help do so. The most well known is the buccal lipectomy procedure in which an encapsulated areas of fat is directly removed in the cheek area through an intraoral approach. Fat removal by liposuction in the face is historically relegated to the submental and neck areas. It is not commonly used to do any fat reduction in the face. 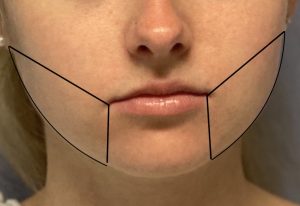 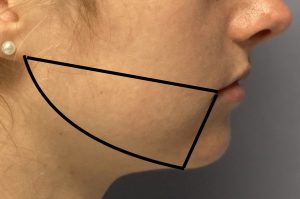 One area of the face in which liposuction can be used is in the personal region. This lower cheek area is often confused as being improvable by the buccal lipectomy but this is a failure to understand the anatomic location of this fat pad in the cheek area. The perioral region is a subcutaneous fat layer by the side of the mouth. While often described as a ‘mound’, it is better described by a defined region which can be safely treated by liposuction due to the absence of any facial nerves. It can be outlined by a line drawn from the base of the earlobe to the mouth corner, a vertical line dropped down from the mouth corner to the jawline and a line then drawn along the jawline connecting these two lines.

In the January 2023 issue of the Aesthetic Surgery Journal, an article was published on this topic entitled ‘Efficacy and Safety of Perioral Mound Region Liposuction – A Novel Concept to Improve Perioral Mound Fullness’. The authors performed  a cadaveric study which demonstrated a moderate thickness subcutaneous fat layer in the perioral region. In their clinical study of 37 patients (74 treatment sites) the average fat volume removed was 2.0ccs. (range 1.2 to 2.3ml) After liposuction treatment the subcutaneous fat layer significantly decreased from an average 5mms  prop to around 1mm posted. They encountered no complications, particularly no facial nerve weaknesses.

While this paper touts perioral liposuction as a novel technique I have been doing it for well over a decade. My experience parallels their findings in the small number of patients they treated….safe and effective. While they proposed it being used in facial rejuvenation, which usually means an older patient, it’s primary benefit is in the younger facial reshaping patient. Such patients fall into two categories in my experience, the thin and fuller faced patient. In the thin faced patient they have distinct perioral mounds which are aesthetically bothersome because they stand out given the thin face around them. In the fuller faced patients the goal is different in trying to deround their face. Perioral liposuction in this effort is an adjunctive technique amongst numerous other facial procedures being done to try and accomplish that effect. These are the patients that will have higher volumes of perioral fat removed sometimes up to 5ccs or more per side. 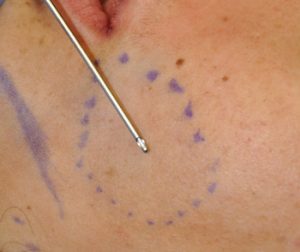 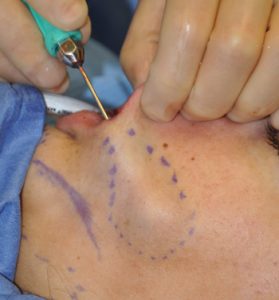 The key elements in performing performing perioral liposuction is the size of the cannula and the entrance site. Very small cannulas are used, often call microcannulas in the size range of no bigger than 1.5 to 2.omls. The entrance site is from a nick incision just inside the corner of the mouth. In treating the most posterior region of the perioral zone an additional entrance can be done from attachment off the earlobe.