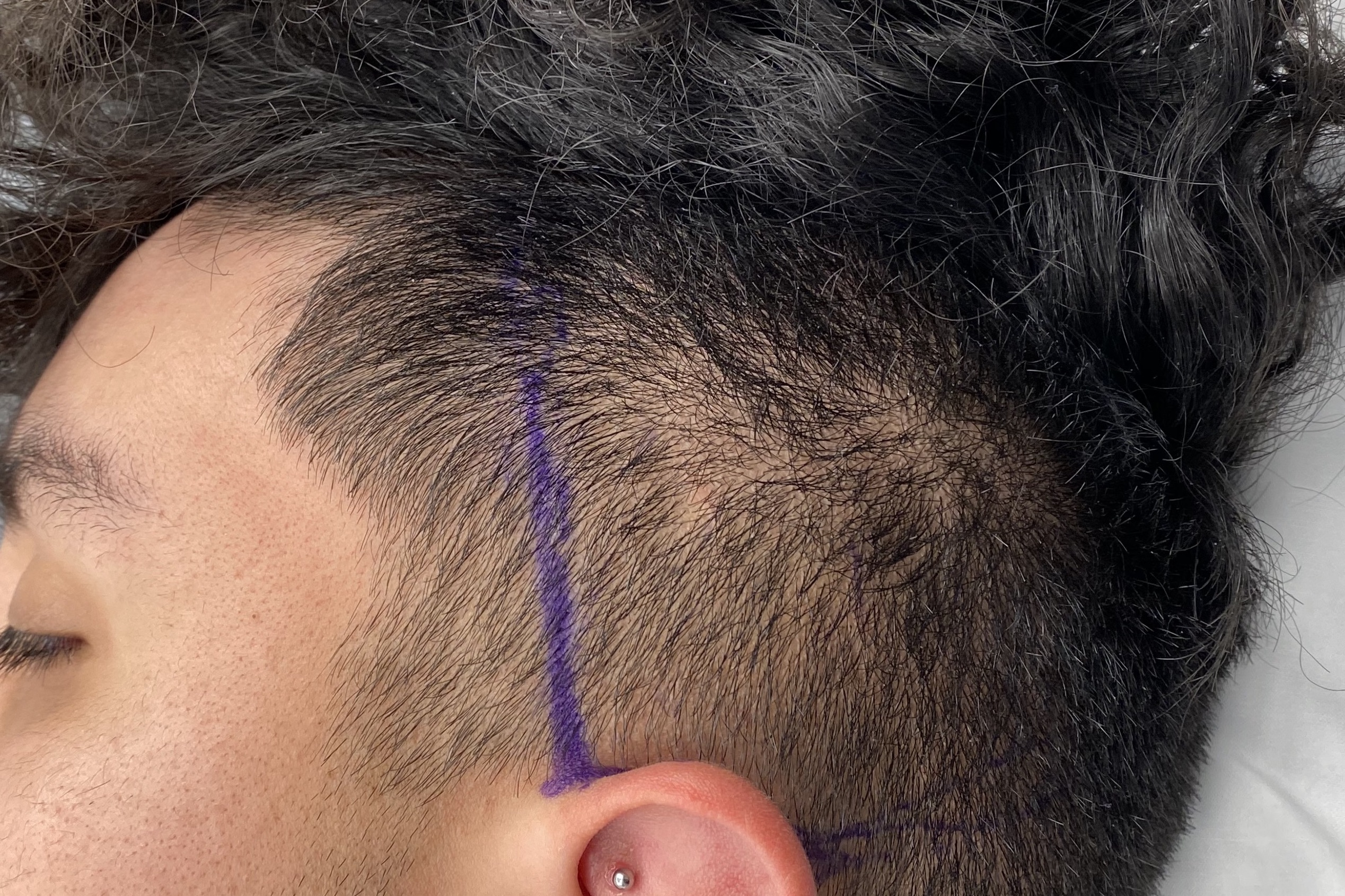 Background: Temporal reduction has been developed to produce a visible narrowing of excessive width on the sides of the head. Most of the time this excessive width appears as a convexity that begins just above the ear and bows outward as the tissues ascent upward towards the bony temporal line of the skull. While typically perceived as a bone problem this is actually due more to muscle, specifically the posterior area of the temporal muscle.

Originating from the long temporal line of the skull superiorly, which extends from the tail of the brow bone anteriorly all the way back to the parietal bone at the back of the head, the temporal muscle narrows down into a funnel shape to pass under the zygomatic arch where it inserts onto the lower jawbone. While the thickest and largest part of the muscle is located by the side of the forehead and the lateral orbital rim because of the concave shape of the bony temporal fossa, the posterior portion of the muscle bulges outward because of the underlying convex shape of the temporal bone.

It is the removal of this section of temporal muscle that creates the improved more linear look to the side of the head. But because it is muscle removal and this muscle has a role to play in lower jaw movement, the most common question about the surgery does it cause any long term adverse effect on the ability to open and close one’s mouth or chew? Or, more poignantly, how can jaw function not be affected?

Case Study: This young male desired to reshape the look of the side of his head. He had a closely cropped hair cut on the sides of his head and a visible bulge existed in this area. 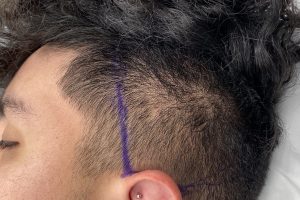 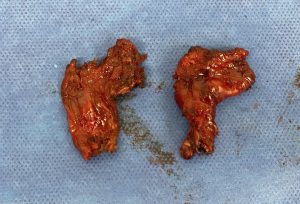 Under general anesthesia the marked areas of the posterior temporal muscle were removed through incisions in the crease of the back of the ear. (postauricular sulcus) 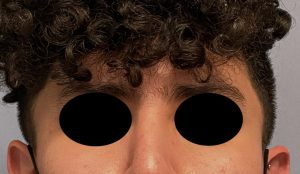 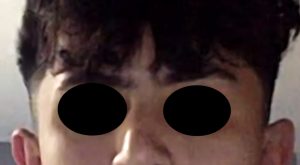 His three month postoperative results showed the conversion from a convex temporal shape in the front view to a completely linear or straight line look.

The single most common question about temporal reduction surgery is not whether it is effective but whether it causes long term jaw dysfunction. This is an understandable question since this involves the removal of muscle, which after all, must be there for a purpose. While every case of temporal reduction that I have ever done has never had a single postoperative issue with this concern (over 100 or 200 temporal sides now) it does beg for an anatomic  explanation. There are five different muscles that are responsible for jaw movements. The opening muscles are the lateral pterygoid and digastric muscles and the closing muscles are the masseter, temporalis and medial pterygoid muscles. Thus it is important to recognize that the masseter muscle is the primary muscle used in chewing as it lifts up the lower jaw to close the mouth. The temporal muscle may assist in this process but is not the primary chewing muscle.

Thus it is no surprise that jaw opening is never affected by posterior temporal muscle removal since it has no role in jaw opening. One may feel a little stiffness on the widest of mouth opening as the coronoid process pulls on the temporalis muscle. But this only occurs when the condyle of the temporomandibular joint is pulled out of the fossa in maximal translation as the arc of mouth opening reaches its lowest point.

1) Traditional temporal reduction surgery removes the posterior portion of the temporal muscle to reduce the convex shape of the side of the head.

2) Because of the retained attachments at the bony temporal line down to the lower jaw, the remaining muscle is more than adequate to maintain normal jaw movements.