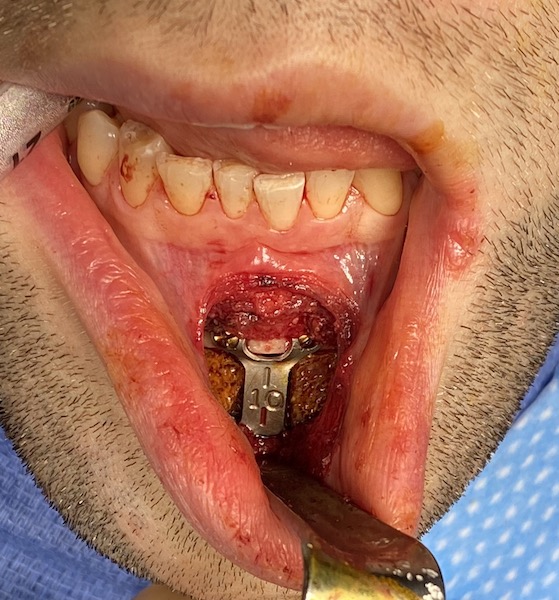 The lower third of the face is further divided into a one-third and lower two-thirds. The upper one third of the lower facial third is between the base of the nose and the smile line. The lower two thirds of the lower facial third is between the horizontal smile line and the bottom of the chin. It is in this lower two-thirds of the lower facial third that multiple aesthetic soft findings can be seen when it is vertically short. The lower lip may be rolled out (due to an overbite where the upper teeth push down on the lower lip), the labiomental fold may be deep and the soft tissue chin pad may be ‘scrunched up’ with too much forward projection. In essence when the chin bone is vertically short there is not enough room for the enveloping soft tissues.

In some cases the lower third of the face may be short and the enveloping soft tissues may not be excessive and perfectly adapted to the small chin bone. But when the soft tissue chin pad looks excessive/protrusive or ‘ill-fitting’ a short chin bone may be at fault. 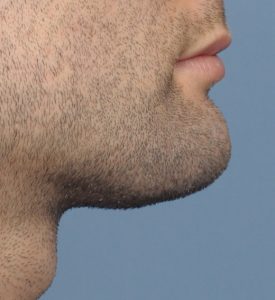 Case Study: This male was bothered  by his protrusive soft tissue chin pad. He previously had a surgeon removed some chin pad soft tissue from an intraoral approach…which did not help and actually made it a bit worse by moving the chin pad up higher. 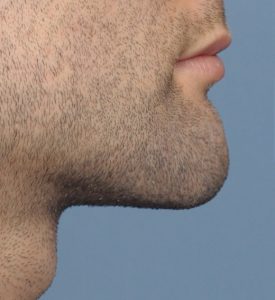 The approach to improving the protrusive soft tissue chin pad, rather than trying to reduce it, is to stretch it out by lengthening the chin bone or the lower third of the face. This can be preoperatively evaluated for effectiveness by computer imaging to see if the change looks better. This can also be tested by the ‘jaw jutting’ maneuver and the interincisal distance measured in that position. (minus the overbite) 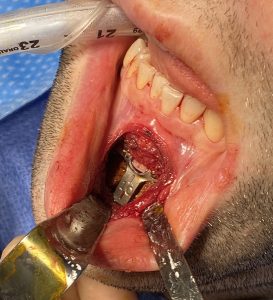 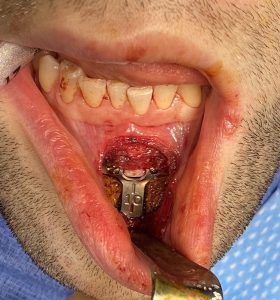 s used to perform a vertical lengthening bony genioplasty. In his case the lengthening effect was 10mms with the placement of an interpositional tissue bank bone block after plate and screw fixation is applied. 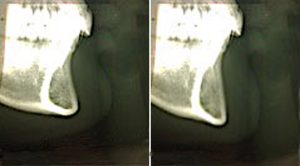 1) The vertically short chin is evident by the appearance of a bunched up chin pad and an almost flat mandibular plane angle.

3) How much the chin should be lengthened requites preoperative interincisal measurements of vertical jaw opening.