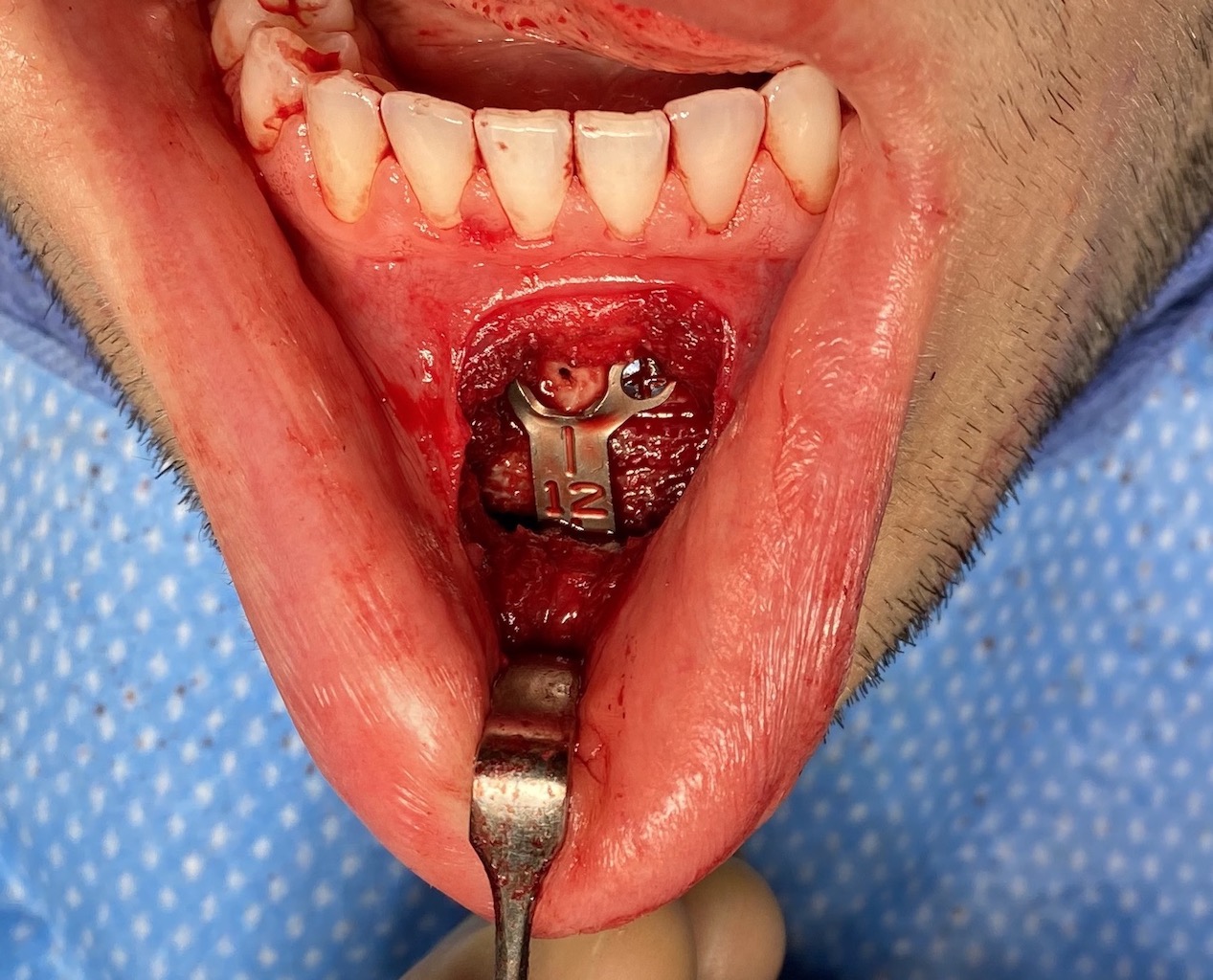 Background: The most common aesthetic vertical deficiency of the face affects its lower third. While the chin is usually associated with a horizontal deficiency it can also be effected by a vertical one as well. While many horizontal chin deficiencies have a vertical component, the purely vertically short chin is more uncommon and often underdiagnosed or misdiagnosed.

The vertically short chin has several classic components to it. The lower third of the face looks short but the flat mandibular plane angle or line is the visual giveaway. The chin and jaw angles are at the same level in the profile view. There often is an associated overbite dental relationship which may have been partially mitigated by prior orthodontic treatment. The soft tissue chin pad may be turned up, appear scrunched or compressed and the labiomental fold appears deep. In very significant cases the lower lip may be a bit everted as it pushes up against the upper teeth.

In the treatment of minor amounts of vertical chin deficiency (less than 7mms) a standard vertical lengthening or custom chin implant can suffice. But in more significant vertical chin deficiency lengthening the bone is the safer and more effective procedure. With the soft tissue attached to the chin bone on its underside as the bone is lengthened the soft tissue goes down with it without pulling down on the lower lip.

Case Study: This male had long been bothered by his short lower face, particularly that of the chin. He had a flat mandibular plane angle. By habit he always dropped his jaw down to make his chin look longer as he felt this made him look better. When asked how much the chin should be lengthened he stated as much as possible but the minimum was 10 to 12mms. 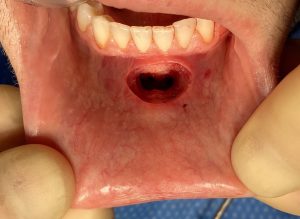 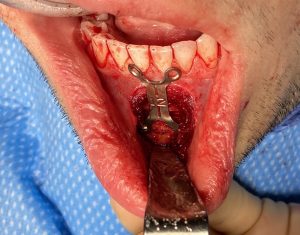 Under general anesthesia and through an intraoral approach a small high vestibular incision was made to access the chin bone. A low angled horizontal bone cut was made with a reciprocating saw. Prior to downfracture of the osteotomized bone segment the bottom two screws of the fixation plate to be used were applied. 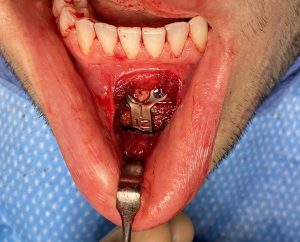 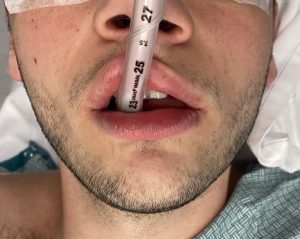 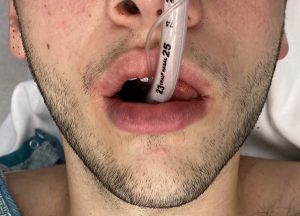 The immediate effects of the chin lengthened could be appreciated. As the chin gets longer it will get a bit more narrow/tapered.

The chin can be vertically lengthened by osteotomy in the 10 to 12mm range in most patients. Beyond that the soft tissues provide a stretch limitation. The interpositional bone block is important as it provides a scaffold for bone ingrowth to restore a significant amount of bony healing between the upper and lower chin segments.

1) The flat mandibular plane angle is a frequent sign of a vertically short chin/lower 1/3 of the face.

2) The most effective chin lengthening procedure for a significant change is a vertical opening bony genioplasty with an interpositional graft.

3) The lower end of the vertical fixation plate should be applied first before the osteotomy is fully mobilized and held apart by the interpositional graft.