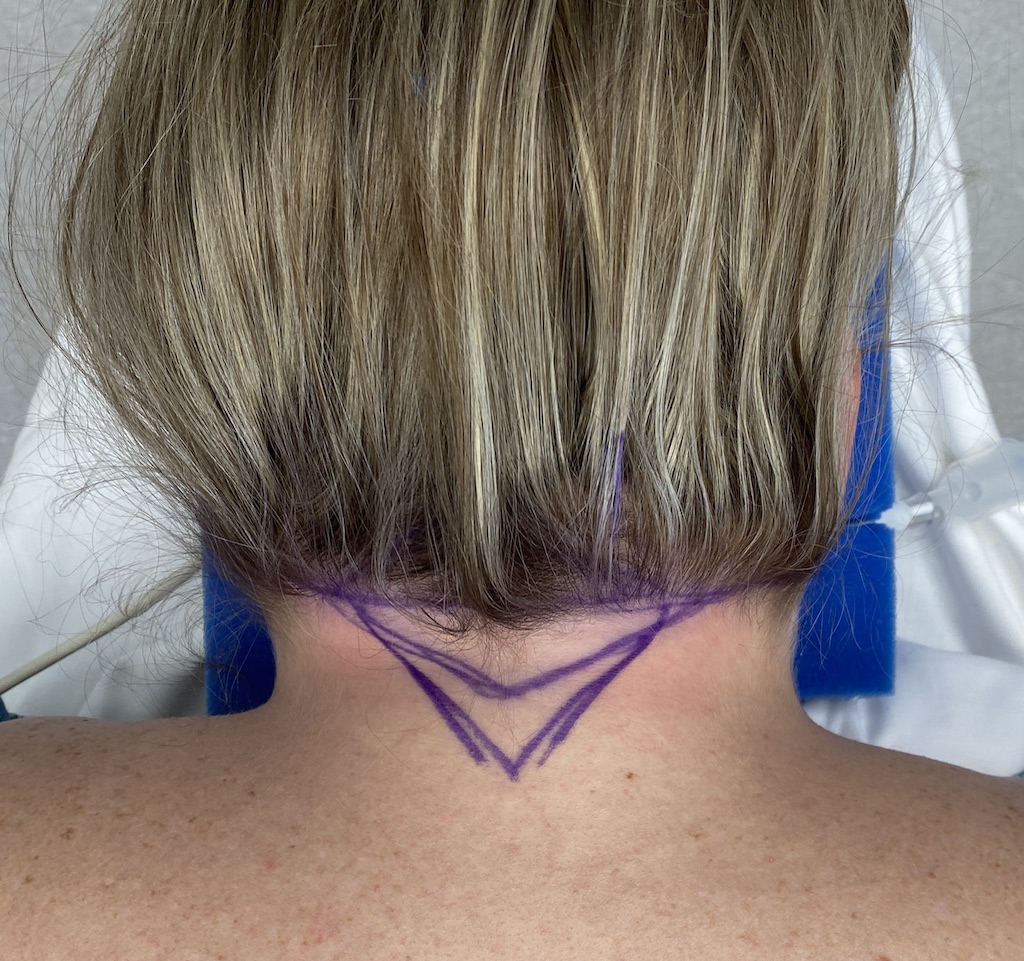 Background: The webbed neck is a well known congenital neck deformity that has a variety of origins. While the syndromic versions seen in Turner’s and Noonan’s are well described there are equal if not greater number of webbed necks that are non-syndromic.They exist without other physical abnormalities and with no genetic markers  of other syndromes. The appearance of the neck webs may be less than in syndromic conditions but they are no less aesthetically bothersome.

The treatment of neck webs has a long history in plastic surgery and the traditional approach is laterally based. The neck webs are directly treated by excision or tissue rearrangement techniques along the sides of the webs. While effective the scarring created results in another aesthetic deformity which is a questionable tradeoff. Whether they are scars or skin webs the patient will likely not feel any more comfortable exposing the sides of their neck.

A more scar friendly approach for webbed necks is posterior rather than lateral. In this technique a large diamond pattern full-thickness neck skin and fat segment is removed and the lateral neck bands are pulled back toward the midline of the posterior neck. A location where the resultant scar is better tolerated, particularly in webbed necks where a low occipital hairline exists. But the skin excision and transposed skin flaps are not enough for a more sustained long term result. The widened trapezius muscle must also be incorporated in the surgical correction.

Case Study: This female had long been bothered by her neck webs. Being called a linebacker in high school did not help her feel any less bothered by them. 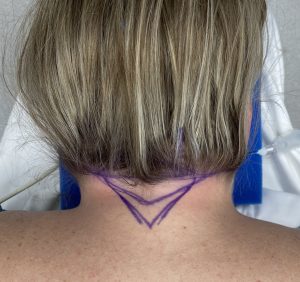 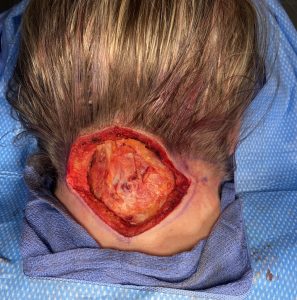 Under general anesthesia and in the prone position diamond pattern excision pattern was marked along the line needed to pull the neck webs in the best. The skin and the thick layer of fat beneath was removed down to the trapezius muscle fascia. The upper half of the excision included scalp hair. 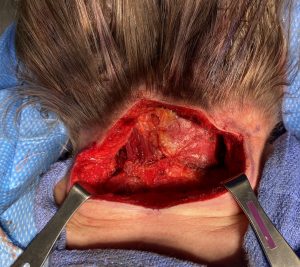 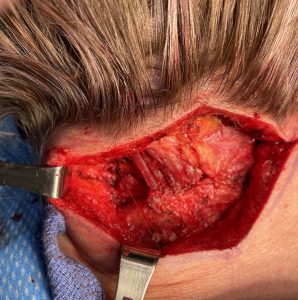 The skin flaps were then elevated out to the outer edge of the trapezius muscles which were directly under the neck webs. At a lower point of the trapezius it was back cut and this segment of the muscle over from its oblique orientation to a more vertical one. 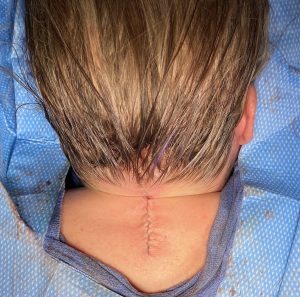 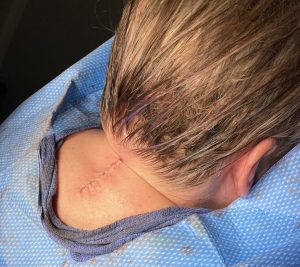 Using quilting sutures the underside of the skin flaps was advanced toward the midline and sutured to the fascia to close the dead space. This also avoided the need for a drain. Midline closure was done using a variety of resorbable suture layers. The straightening effect on the neck (reduction of neck webs) was apparent. 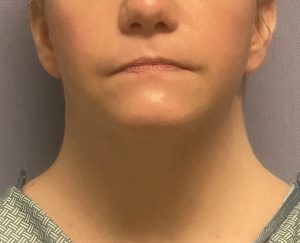 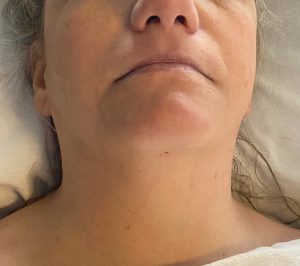 Her result as seen in the recovery room was a significant improvement from just before surgery.

The webbed neck is more than just neck skin that has been stretched or developed too far to the side. It is also  a reflection of the widened underlying trapezius muscle which lies right beneath the skin bands. Thus relocating some of the most lateral of the muscle fibers should not only improve the immediate result but also help less relapse. In doing this posterior approach to the webbed neck I initially performed fascial placation to pull the lateral edge of the muscle over. I have no evolved to cut some of the muscle out at the web level and move it in more medially. This is more effective than fascial plication and should do better in the long-term in maintaining a more sustained result.

1) The most scar friendly webbed neck correction technique is a posterior approach which places a midline scar in the scalp and upper neck..

3) The trapezius muscle transpositions not only make for a straighter neck silhouette but also lessens the risk of any significant relapse.