Product Reviews – Qwo Injections For The Treatment of Cellulite 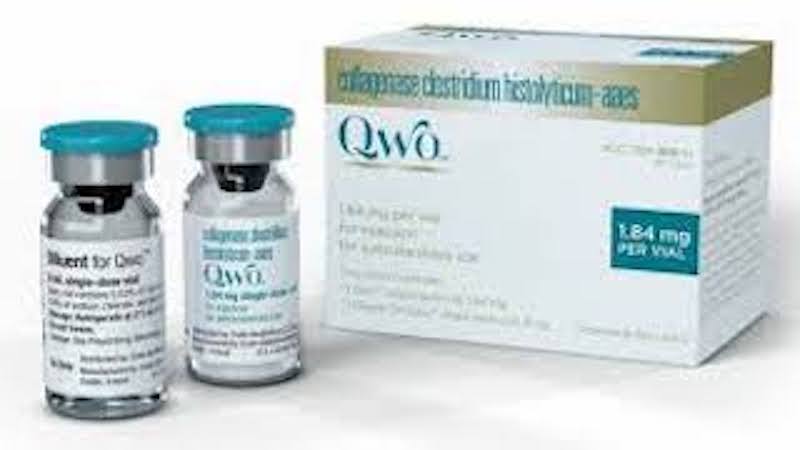 Cellulite remains a ubiquitous aesthetic problem that is well understood from an anatomic standpoint. But despite this anatomic understanding effective treatments that persist remain elusive. From surgical treatments like liposuction, pickling (fascial band release) and fat grafting to numerous topical and external therapies, the sheer numerous of approaches that have become available to treat cellulite are a testament the difficulties its eradication poses. 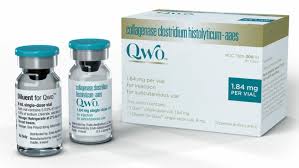 To date no pure injectable treatment approach for cellulite has been available…until now. In the summer of 2020 the FDA approved an injectable collagenase clostridium histolyticum-aaes (CCH) drug (QWO) for the treatment of cellulite. The basis of approval was clinical trials of moderate to severe cellulite in the buttocks of adult women. Thus it will be allowed to be marketed for buttock cellulite. (any other treatment areas would be considered off label) 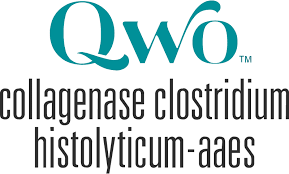 Since fibrous bands or septa are known to be a major cause of the appearance of cellulite, which causes a partitioning of fat compartments and a resultant dimpling of the external skin, a collagenase containing drug seem logical. The enzymatic effects of collagenase causes the breakdown of the collagen, specifically the type 1 and 3 types which make up the fibrous bands in cellulite. Once broken down the released bands alleviate the tethering on the cellulite skin helping to create a smoother external appearance.

The current treatment approach will be three (3) injection sessions spaced three weeks apart. During each treatment up to twelve (12) dimples per buttock can be treated. (24 total dimples per treatment session) For each dimple depression three (3) aliquots of Qwo are injected around the dimple with a single needle stick. Because it is a small 30 gauge needle no local anesthetic is needed.

After injections the treated areas will be sore, a little swollen and bruised but there are no physical restrictions after the treatment. Such swelling and bruising will clear after about one week. Even though this is a collagenase agent, no changes/injuries to the dermis of the skin has been seen.

According to the manufacturer (Endo International) sustained improvement in the appearance of the treated cellulite areas has been sustained for several years. They currently are collectively five year data to determine its effects at this longer time period.