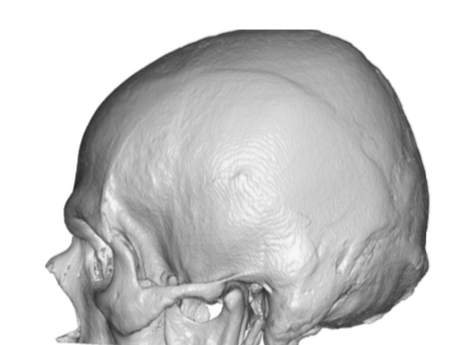 In skull reshaping surgery one of the important fundamental procedures is skull reduction. Removing portions of prominent or excessive heights of the skull in various areas is commonly done. The key to skull reduction is never whether it can be done but rather can enough bone be removed to achieve a satisfactory result. This will be dependent on the thickness of the skull and making sure that its inner table is not violated during the reduction. 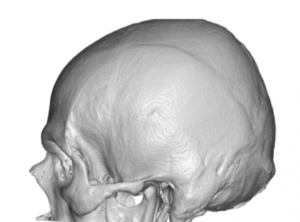 In the August 2021 issue of the Journal of Craniofacial Surgery an article was published entitled ‘Frontal Bone is Thicker in Women and Frontal Sinus is Larger in Men: A Morphometric Analysis.’ In this paper the authors looked at over 170 patients (76 male, 98 female) and measured thicknesses of the frontal, parietal, temporal and occipital skull bones). The vertical height of the left and right frontal sinuses was also measured.

While preoperative x-rays are often used to determine how much bone can be reduced in any skull area, the relevance of this study is that it shows the various thicknesses of the skull in four main areas…which provides insight into the general nature of how much skull reduction is possible.