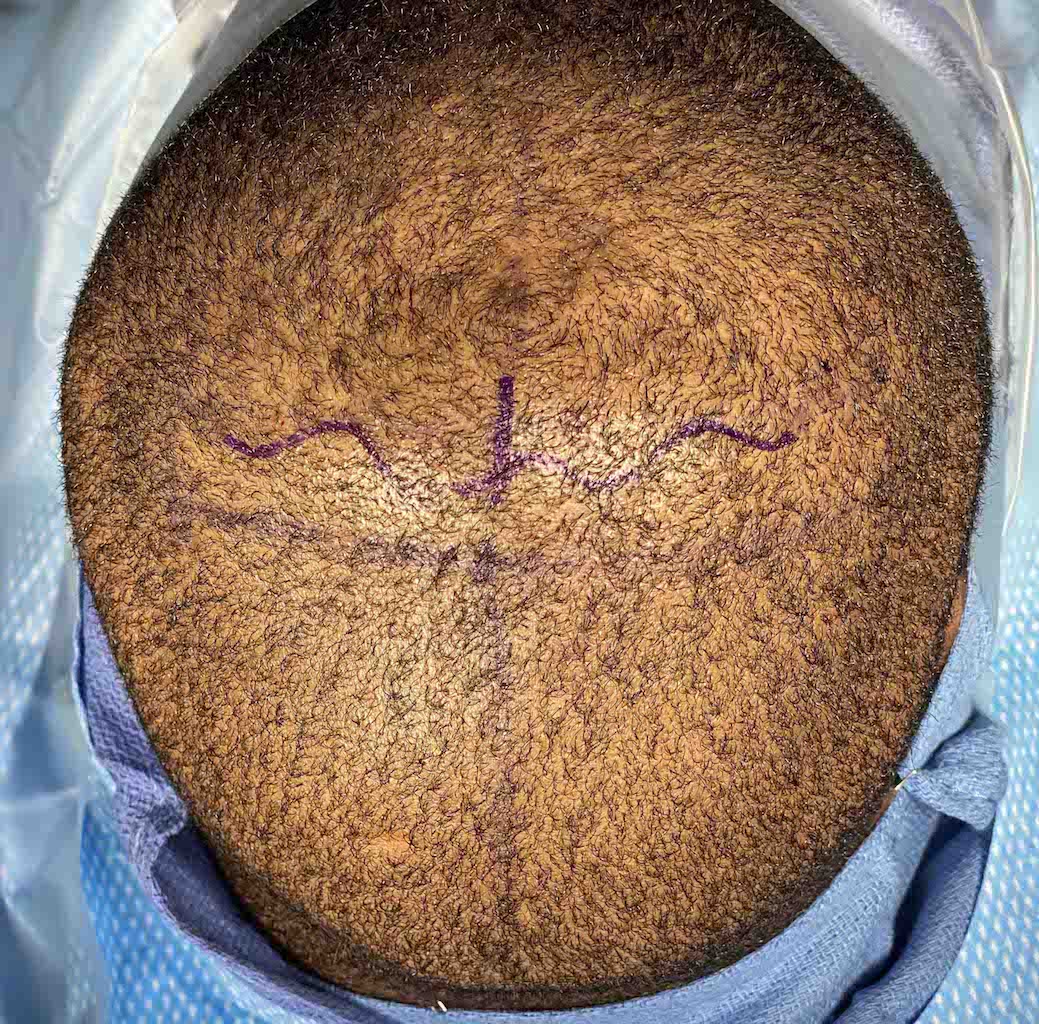 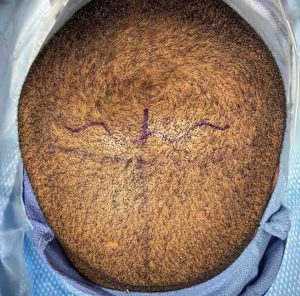 In skull augmentation and skull reduction surgeries the location of the incision must be somewhere close to the location of the desired effect. In this example of skull reduction on the back of the head the patient has chosen a higher position on the scalp as opposed to a lower one. His close cropped hair is maintained and no hair is ever shaved for the procedure. (if a patient so choses to I would not object) In making the incision it is important to usually not make it a perfectly straight line. Straight line scars are easier for the eye to follow even if they are very narrow. Thus a curvilinear or wavy inciseon is made. 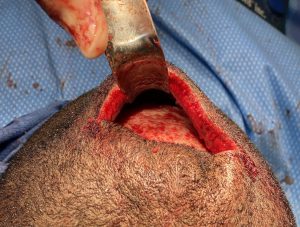 A wavy incision actually adds length to the scar but keeps its actual side to side length smaller. This is helpful is permitting greater visibility to the skull through the incision but keeping the scar as small as possible. 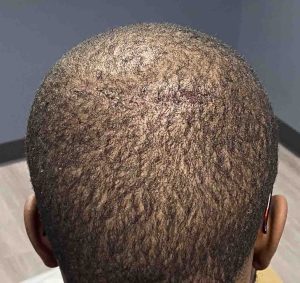 Early healing shows a scar line that is already very acceptable. The wavy pattern blends in better amongst the hair and is much less likely to have an indented contour when it is fully healed.