The Anatomic Explanation for the Underperforming Buccal Lipectomy 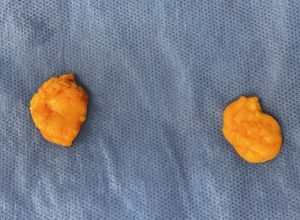 The buccal lipectomy is as well known procedure that is very popular and commonly done for soft tissue cheek contouring. It is a unique type of facial fat because is very localized and concentrated into a single fascial space. As a result it can be easily extracted through small intraoral incisions.

But I do occasionally see patients who have had a buccal lipectomy procedure by other surgeons and have seen minimal to no external cheek reduction changes. It is possible that the fullness of the patient’s face may make the 3 to 4cc of buccal fat pad largely irrelevant. But more likely is that the buccal fat pad has been ‘missed’ or under resected. 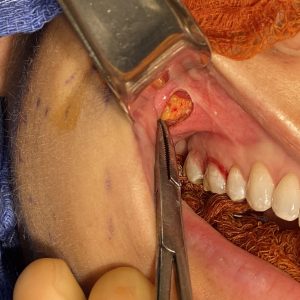 Such buccal lipectomy oversights can actually easily occur for the inexperienced surgeon in this intraoral/maxillary region because there is other more superficial fat that exists. Once the vestibular mucosal incision is made and the buccinator muscle is split open along its longitudinal fibers a collection of fat will be seen…but this is not the buccal fat pad. It is a smaller fat collection consisting of smaller lobules that is anterior to the buccal fat. While this small fat collection can be removed it is of minimal volume and will have no external cheek reduction effect. Once must push this fat aside and go deeper down to an encapsulated area of fat. Once the capsule is opened the much larger lobules of the buccal fat pad will be seen and it can then be gradually extracted.

The buccal fat pad lies deeper than just getting past the buccinator muscle. One has to be prepared to go deeper until the very distinct appearance of the buccal fat globules are seen. It is possible when a patient has had an ineffective buccal lipectomy that the buccal fat may have inadvertently not been removed due to anatomic misidentification.