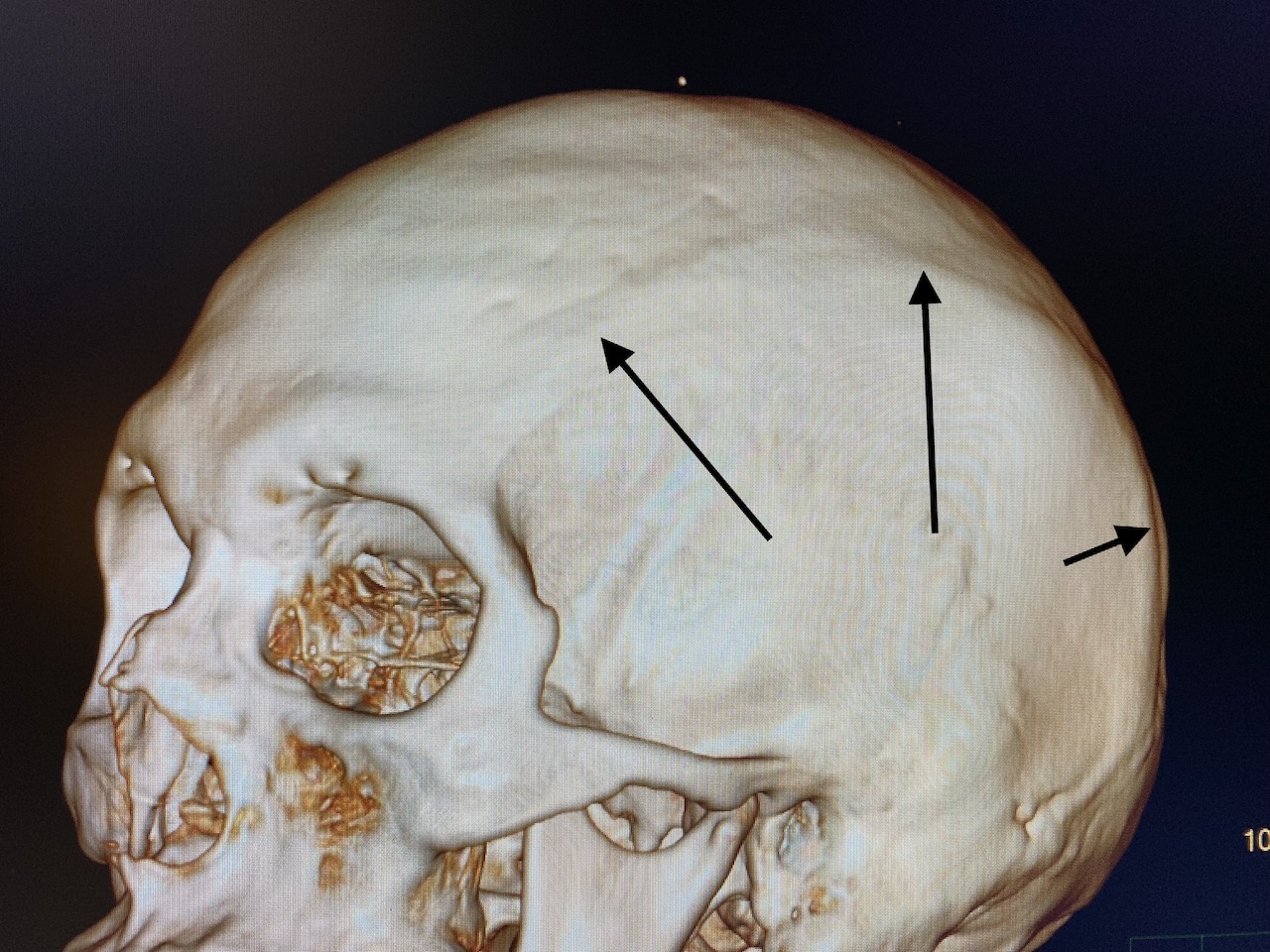 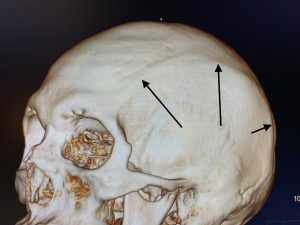 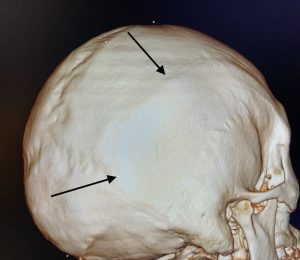 The skull appears as an oblong convex shape. Within this shape it is made up of five surfaces which are the forehead, top of the head, back of the head and the two sides. What really separates these surfaces are the long paired bony temporal lines that run from the side of the brow bone in front to the base of the skull behind the ear. It is a long curved raised bony line that has a 180 degree arc along its course. 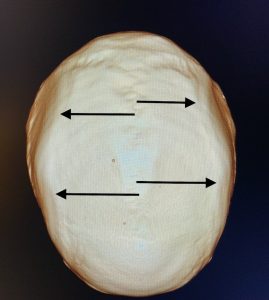 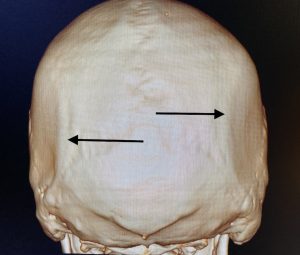 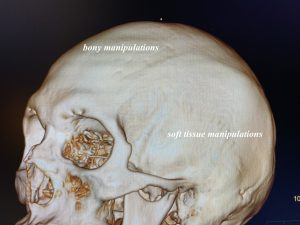 When it comes to aesthetic skull reshaping surgery the bony temporal line is the demarcation between the sides of the head which are made up of soft tissue and the pure bony surfaces of the skull that lie between them. This has major impact on how the skull surfaces can and should be aesthetically changed. The forehead, top and back of the head can be reduced by burring of the bone or augmented by placing synthetic materials on top of the bone. On the sides of the head reductions have to be done by muscle removal and augmentations have to be done by placing implants on top of the muscle or fascia. That makes for a major difference in how these different surfaces of the head can be treated.

A significant violation of this concept is when custom skull implants are made in which the surgeon believes that the implant must sit entirely on bone and needs to cross the temporal line to create its augmentation effects. Stripping off the muscle from the temporal line to place an implant creates a significant aesthetic problem after surgery as the released muscle contracts and creates a prominent bulge. Releasing and resuspending the temporalis muscle never works as the muscle merely contracts inferiorly. It is important to never strip off the muscle or fascia from the bony temporal line.