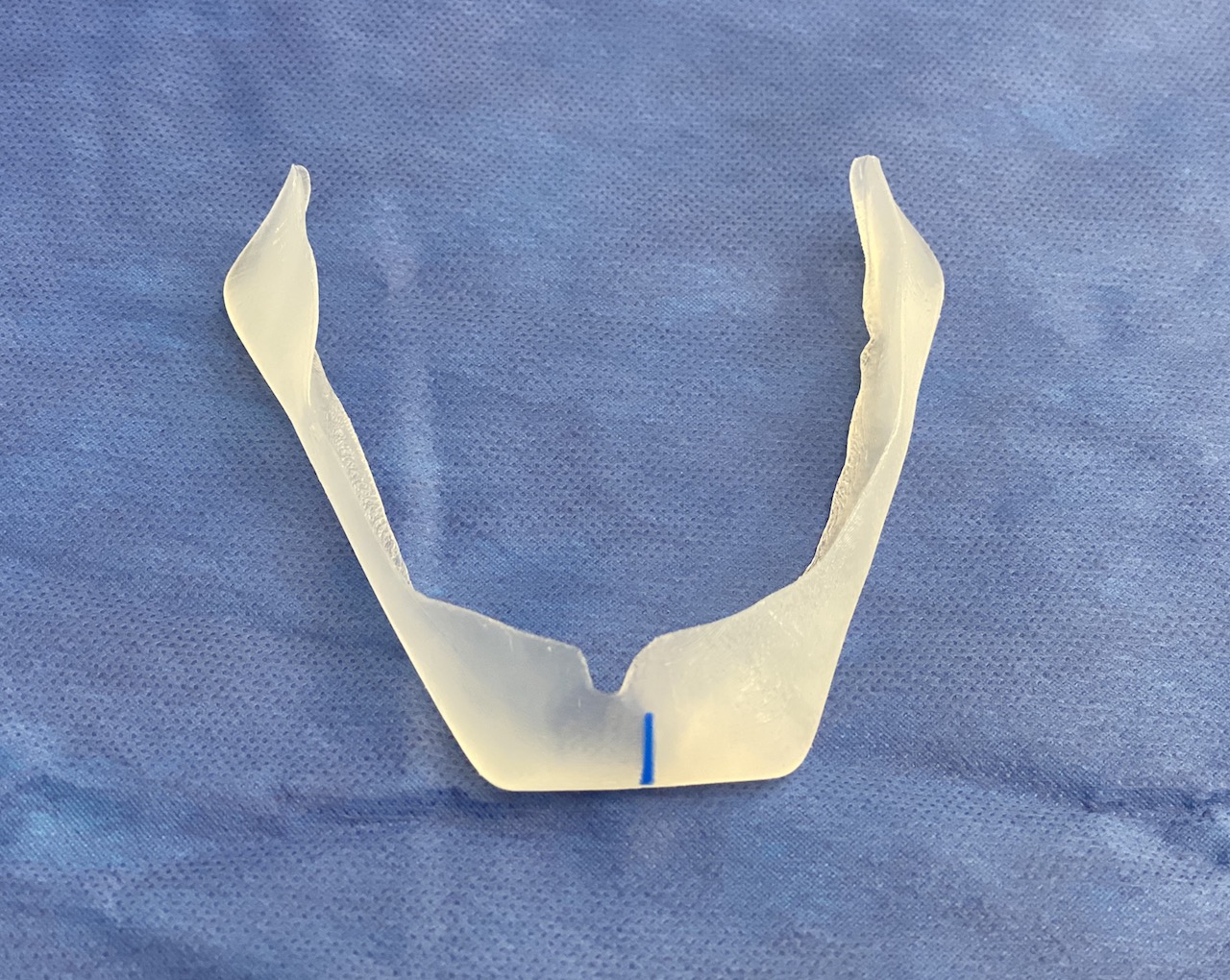 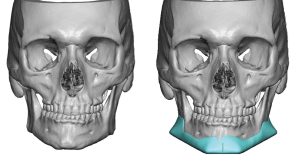 The custom jawline implant is the most powerful implant enhancement for the lower face. Often called a wraparound jaw implant its effectiveness is based on augmenting the entire inferolateral border of the lower jaw in a 3D fashion, a feat that can not be accomplished by any other surgical technique. This is best appreciated when viewing the jawline from below where the its shape can be fully seen.

While a wide range of different dimensonal change of the jawline can be achieved by a custom implant approach, placing it surgically is not as straightforward as it looks on an implant design file. It is not as simple as placing it on a skeletal model. Limiting incisional scars, avoiding injury to the mental nerve and working underneath the elevated masseter muscle are all challenges to its placement. In addition, because there is a need for intraoral incisions, the risk of implant infection is increased over any implant which is placed exclusively through skin incisions. 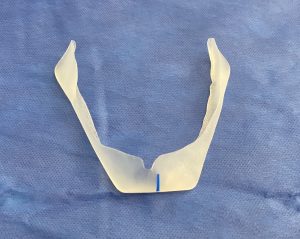 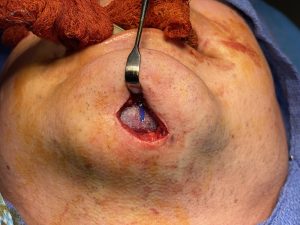 Thus the only debate is whether the anterior single incisional access is submental vs intraoral. For men the submental incision is usually best as it avoids the contaminated intraoral cavity…at least from the standpoint of passing an implant around inside it.  This lowers the potential risk of infection. It also allows the working end of the chin portion of the implant to be clearly seen and positioned in the midline.

But also through this small incisional access the entire implant can be introduced by modifying its shape and sliding it into place one side at a time. Coming from below the level of the bony mental foramen between the first and second premolars ensures the greatest chance to avoid permanent injury to these large sensory nerves on each side of the jawline.

In women whose custom jawline implant sizes are often much smaller than men the intraoral anterior incisional access is a bit easier to use…although the risk of infection is still higher than the submental incision.