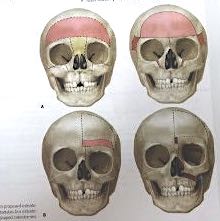 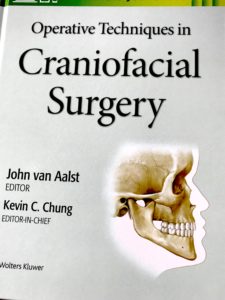 In the new textbook OPERATIVE TECHNIQUES IN CRANIOFACIAL SURGERY I co-wrote a chapter on craniofacial-based orbital reconstruction entitled ‘Box and U-Shaped Osteotomies’. In this chapter is described the basic techniques for the surgical correction of orbital dystopias. This is a bony orbital condition where the entire orbital box and its contents are displaced in a vertical or horizontal direction from either the normal orbit (unilateral) or from each other.  (bilateral)

The most common age to treat congenital hypertelorism is between ages 4 to 8 although much older patients can be treated. This is a good age for surgery because the frontal sinuses have not yet developed, the interzygomatic bony distance is nearly adult size and the frontal and orbital bones are still thin enough that osteotomies can be relatively easily performed. Most hypertelorism repair employ a frontal craniotomy or intracranial approach. Box osteotomies can correct both horizontal and vertical dystopias through a 360 degree approach and work best in type 3 hypertelorisms. U-shaped osteotomies, or a 180 degree approach, can be used int type 2 hypertelorisms. 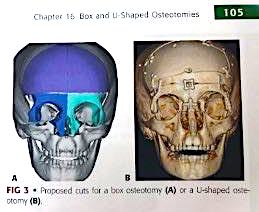 A contemporary approach for hypertelorism is to use preoperative 3D planning where the bone cuts are performed digitally and intraoperatuve guides provided to help make the bone cuts as well as the new position of the orbital boxes.