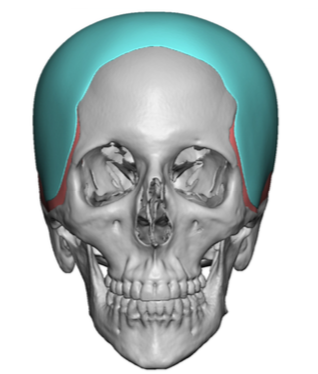 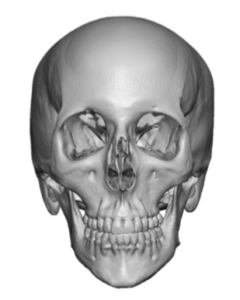 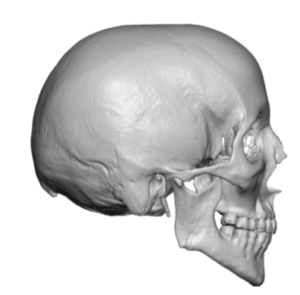 The skull can have a wide variety of shapes from being too small to too big. One of the common unaesthetic skull shapes is a head that is too narrow. This is seen as a head width from the sides of the forehead to the back of the head that is skinny in appearance. This could be due to less temporal muscle mass but it is almost always the width of the temporal and parietal bones that makes it so. With the narrow head there may also be a modest increase in its front to back length.

Increasing the width of the head can be done by two approaches, limited and complete. In the limited approach specific temporal implants that cover the anterior and posterior portions of the muscle can be placed either under the fascia or under the muscle on the bone. A complete approach covers the entire deficiency skull much like a skull cap. There are advantages and disadvantages with either approach. 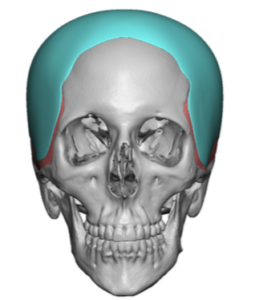 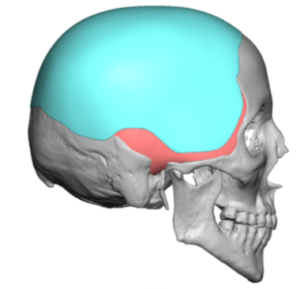 The complete skull cap approach a provides a relatively thin layer of augmentation over a broader skull surface area. Most narrow heads are so across the bony temporal line onto the top of the skull. Providing some coverage across the top helps widen the temporal lines with the sides of the head and allows it to blend in naturally. I may not always be needed to complete cover the middle of the top of the head so the design can also have a U-shape if no central skull height is needed. 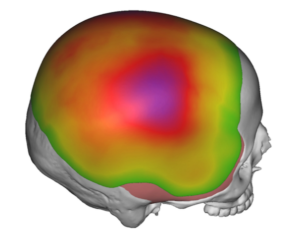 The key concept to understand in skull implants that cover a large surface area is that their volumetric effect is greater than one would think. Thus focusing on linear thickness at any point in the implant can be misleading. While linear measurements are important they do not over ride the total volumetric effect to be certain that the scalp can stretch to accommodate the size of the implant.

Getting such a large surface area skull implant into position is a challenge when one wants to limit the size of the scalp incision. Being thinner it is important to get all of the perimeter edges of the implant fully stretched out and laying flat. I have found it useful to make very small supplemental incisions in the temporal area to make sure the dissection is right down onto the deep temporal fascia and the implant is laying flat.