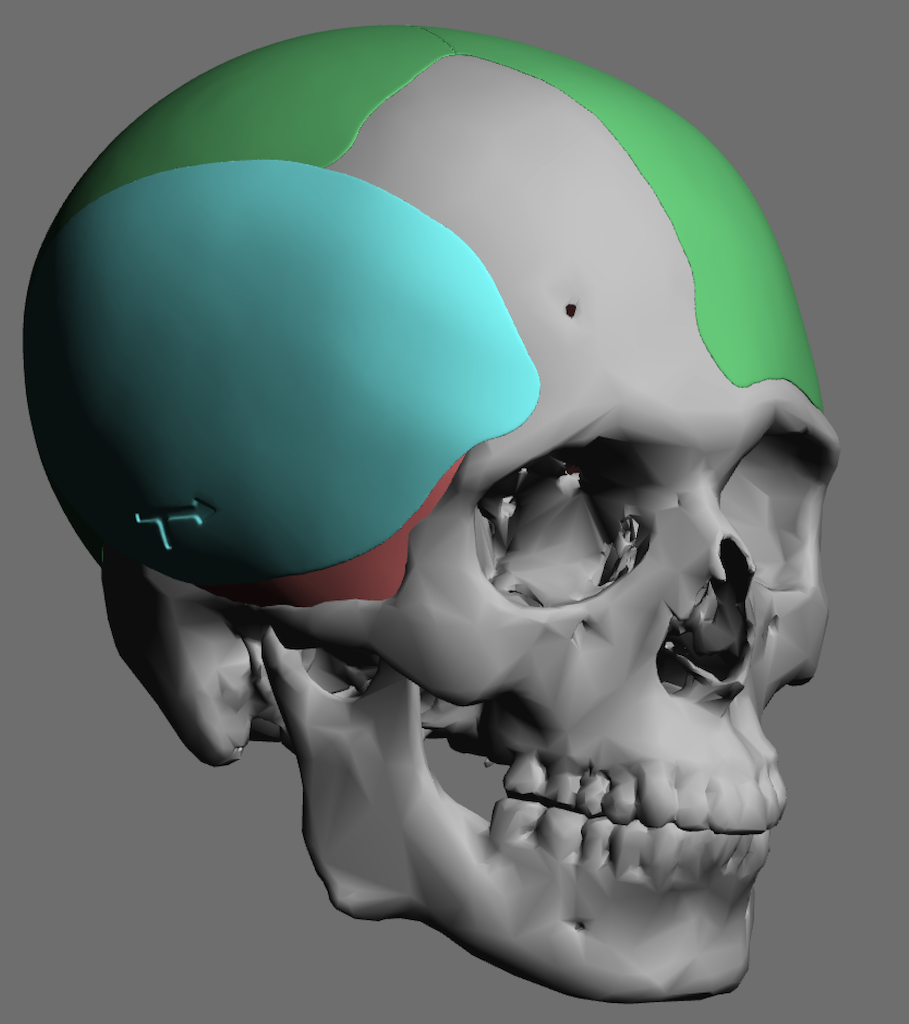 Background: Augmentation of large surface areas of the skull can only effectively be done with custom skull implant designs. They can be made to cover any aspect of the head whether it be the top, front, back or the sides. While top, front and back of the skull is only bone, the sides of the skull are covered by the thick temporalis muscle. In essence any skull surface that lies within the boundaries of the bony temporal lines is more of a soft tissue surface than a bony one. This is an important consideration in designing implants that aesthetically needs to cross over the bony temporal line, transitioning from a hard to a softer surface. 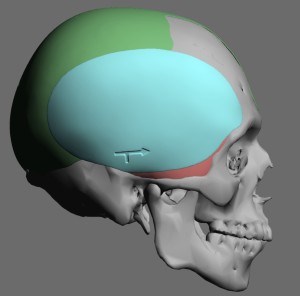 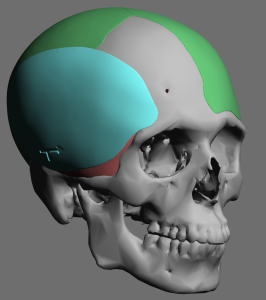 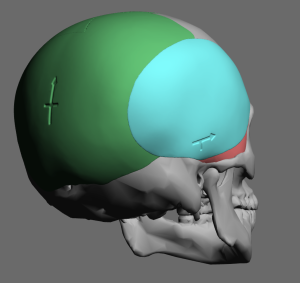 Case Study: This male had a prior large skull augmentation procedure due to plagiocephaly that covered the top and back of the head as well as the left forehead. He desired to complete the overall correction of his plagiocephaly by augmenting the right side of his head into the lateral forehead area. An extended custom temporal implant (in teal color) was designed that crossed over the temporal line of the forehead and integrated with the existing skull implant (in green color) on top and back of the head. (crossing all the rest of the bony temporal line) At 3mms thick the total implant volume was 30ccs. 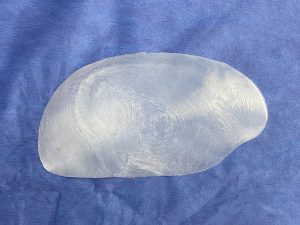 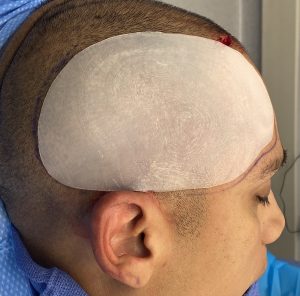 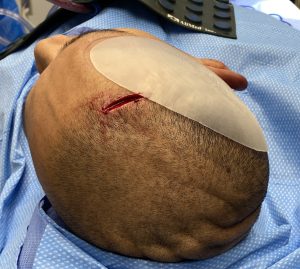 Under general anesthesia and through a right postauricular incision, aided by the use of an existing right frontal hairline scar, the custom skull implant was placed. Microscrew fixation was applied at both incisional sites for secure fixation. 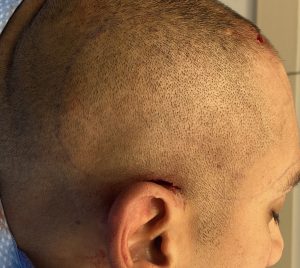 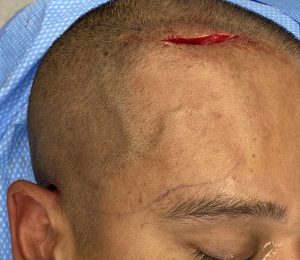 Smooth implant placement with no visible edging, particularly in the forehead, is paramount for a successful aesthetic result. Getting the implant to properly lay over the existing implants is complicated by the need to open their capsules along their edges to do so…a not so easy feat through small remote incisions. 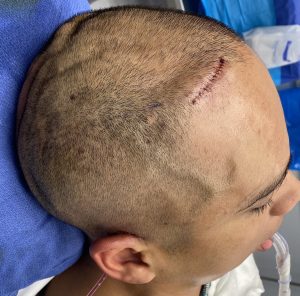 There is a common surgical misconception that all skull augmentations must exert their effects by being placed on bone. This is a completely misguided perception as the side of the head’s shape is primarily controlled by its muscular composition and less so by the deeper bone. Thus when transitioning between pure bony skull surfaces (the top, front and back of the head) and the side of the head, the implant needs to remain on top of both whether it is bone or muscle. This leads to the second common misconception in that onlay skull implants must be as rigid/hard as bone. The best analogy to make is that, like wallpaper on a wall, a non-rigid skull implant will feel very rigid when applied to any skull surface. Such implant flexibility makes it possible to do large skull surface area coverages like in this case through very small incisions.

1) Side of the head augmentation must be on top of the muscle IF it needs to cross onto the forehead or onto the back of the head. (crossing the bony temporal lines)

2) Insertion and placement of an extended custom temporal implant can be done largely through a hidden incision behind the ear.

3) When designing an extended custom temporal implant that is completing a more complete skull augmentation it needs to be determined if it should go over or under the existing implants.