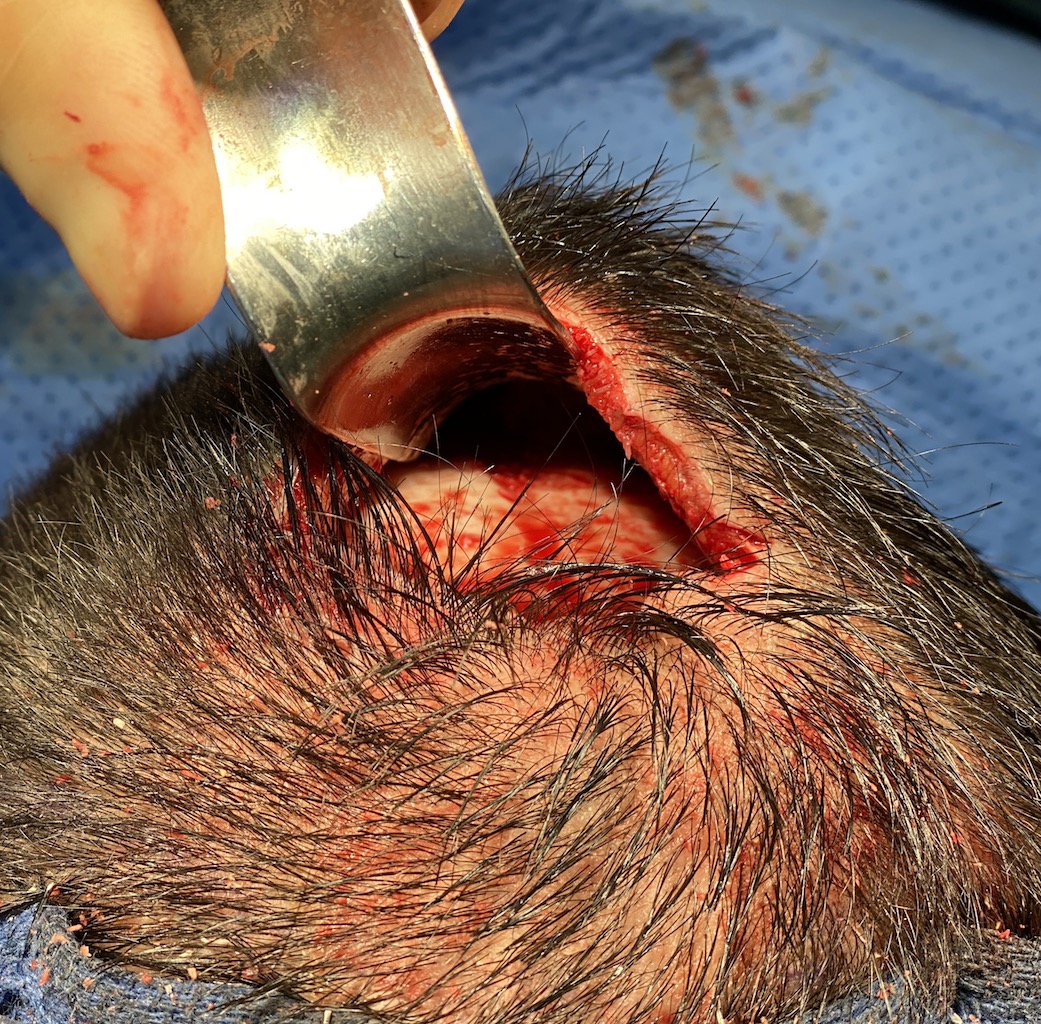 While often called occipital reductions that is a bit of an anatomic simplification in some cases. The occipital bone does involve midline knobs and bun projections, but any excessive projection above the lambdoidal suture is technically not the occipital bone but involves the posterior parietal bones as well. Between the inferior occipital and the more superior parietal bones, the entire back of he head can be enlarged which requires a reduction of both outer bone surfaces.

The key question in any skull reduction procedure including the back of the head, is how much reduction can be achieved. By definition safe skull reduction surgery means removing the outer cortex of the skull down into or close to the very thin diploic space. This leaves the inner cortical table as a safe buffer. Determining whether removing the outer cortex of the skull is enough can be judged by a plain lateral skull x-ray. Fortunately the back of the head, particularly the occipital bone, has the greatest thickness of the entire skull and affords the most skull reduction possible.

Case Study: This young male desired to have a back of the head prominence reduced. His CT scan showed that at last 5mm of reduction was possible, particularly at the lambdoid suture and below over the entire occipital bone. 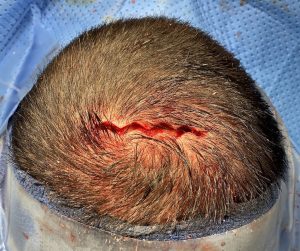 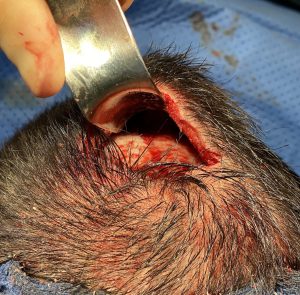 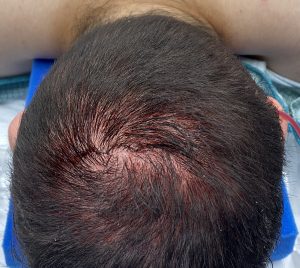 Under general anesthesia and in the prone position a superior 8cm long irregular incision was made over the crown of the skull area. (patient preference) Using a midline linear bone cut with a high speed burr in the midline to establish the depth of the skull reduction, two parallel bone cuts oriented 45 degrees from the midline cut were made. (ray pattern) Then the bone between the depth cuts was removed with a high speed handpiece and burr. In doing so it is important to keep a curved shape and not just make a completely flat surface. 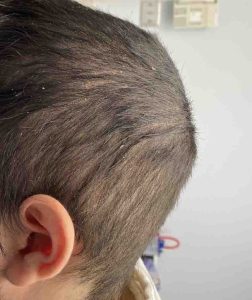 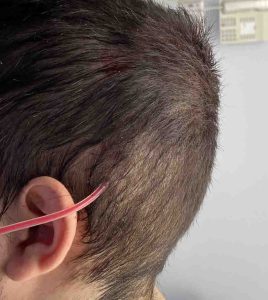 His immediate intro result demonstrates the type of skull reduction change possible with outer cortical skull bone removal. (a drain is always placed for 24 hours after most skull reduction surgeries.

1) Back of the head skull reduction is limited to outer cortex bone removal whose amount can be determined by preoperative x-ray studies.

2) A limited scalp incision of 6 to 8 cms, whether it is placed high or low, is enough access to adequately complete the skull reduction.

3) While such skull reduction is not minor surgery the recovery from it is fairly quick with a low level of postoperative discomfort.