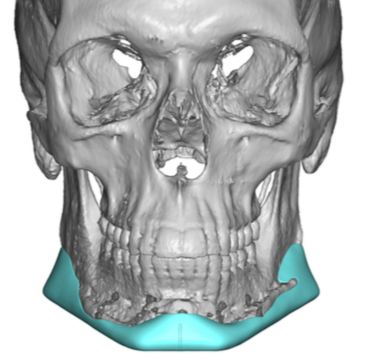 Background: Aesthetic augmentation of the lower jaw has been done by a variety of autologous and implant methods. However when it comes to a complete jawline augmentation, as defined by changes at the corners (chin and jaw angles) that are connected, the options become more limited. 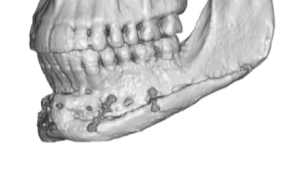 The chin wing osteotomy, little known in the U.S. and more frequently used in Europe, provides a subtotal jawline augmentation effect. It is an extension of the commonly used sliding genioplasty. Rather than making an angulated bony cut down through the inferior border to just move the chin bone, the bony cut from the chin extends all the way back to the jaw angles paralleling the inferior border. Because most lower jaws have a mandibular plane angle the full-thickness bone cut almost always stops short or just barely reaches the back end of the jaw angle. The mobilized inferior border of the jawline is then moved forward or forward and down to augment the jawline.

This very clever jaw osteotomy, while touted as creating a total jawline augmentation, does not really do so. Its effects is very similar to what one looks like when they jut their jaw forward…albeit not so effectively at the jaw angles. It can not make the jaw angles lower or wider. It is a 2/3s jawline augmentation procedure. For those seeking a total jaw augmentation result, whether before or after a chin wing procedure there is only one procedure that can do so…a custom jawline implant. 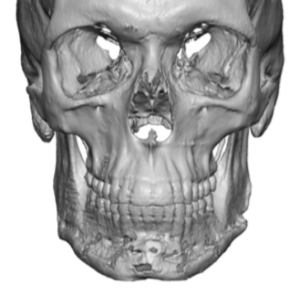 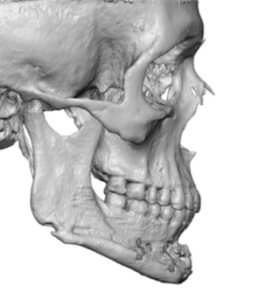 Case Study: This young male had a prior chin wing osteotomy. While providing some good improvement there was no enhancement at the jaw angles. 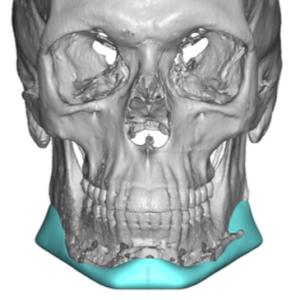 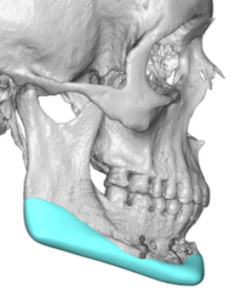 From his 3D CT scan a custom jawline implant was designed to obtain a complete jaw augmentation effect. 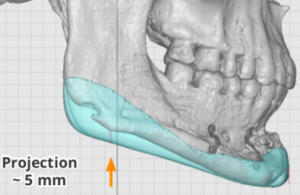 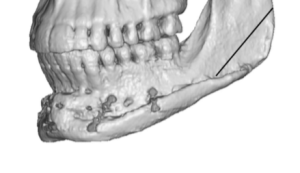 The chin wing osteotomy is a very good procedure in the male patient who needs aesthetic jaw augmentation that excludes the jaw angles. It has a good effect in the anterior two-thirds of the lower jaw and does so using one’s own bone. But by virtue of where the distal bone cut ends it can not improve the shape of the jaw angles and to some degree may make them look even less defined by increasing the slope of the mandibular plane angle. The chin wing could be improved by making a modification to the distal bone cut that angles upward to include some of the posterior and inferior border of the jaw angles. This would more effectively adds some length as well as width as the bone moves down and out. We know this bone cut is very possible because it is exactly the same one that is done in v line jaw reduction surgery.

For the patient who decides to graduate to a custom jawline implant after a chin wing procedure, the prior procedure was not wasted. It serves as a foundation on which the secondary jawline implant can be placed and, in doing so, lessens the amount of implant load (material) that is needed to create the ideal effect.

1) The chin wing osteotomy is an autologous but subtotal method of jawline augmentation that leaves the jaw angles unchanged.

2) Improving the jawline beyond what a chin wing procedure can do requires a custom jawline implant.