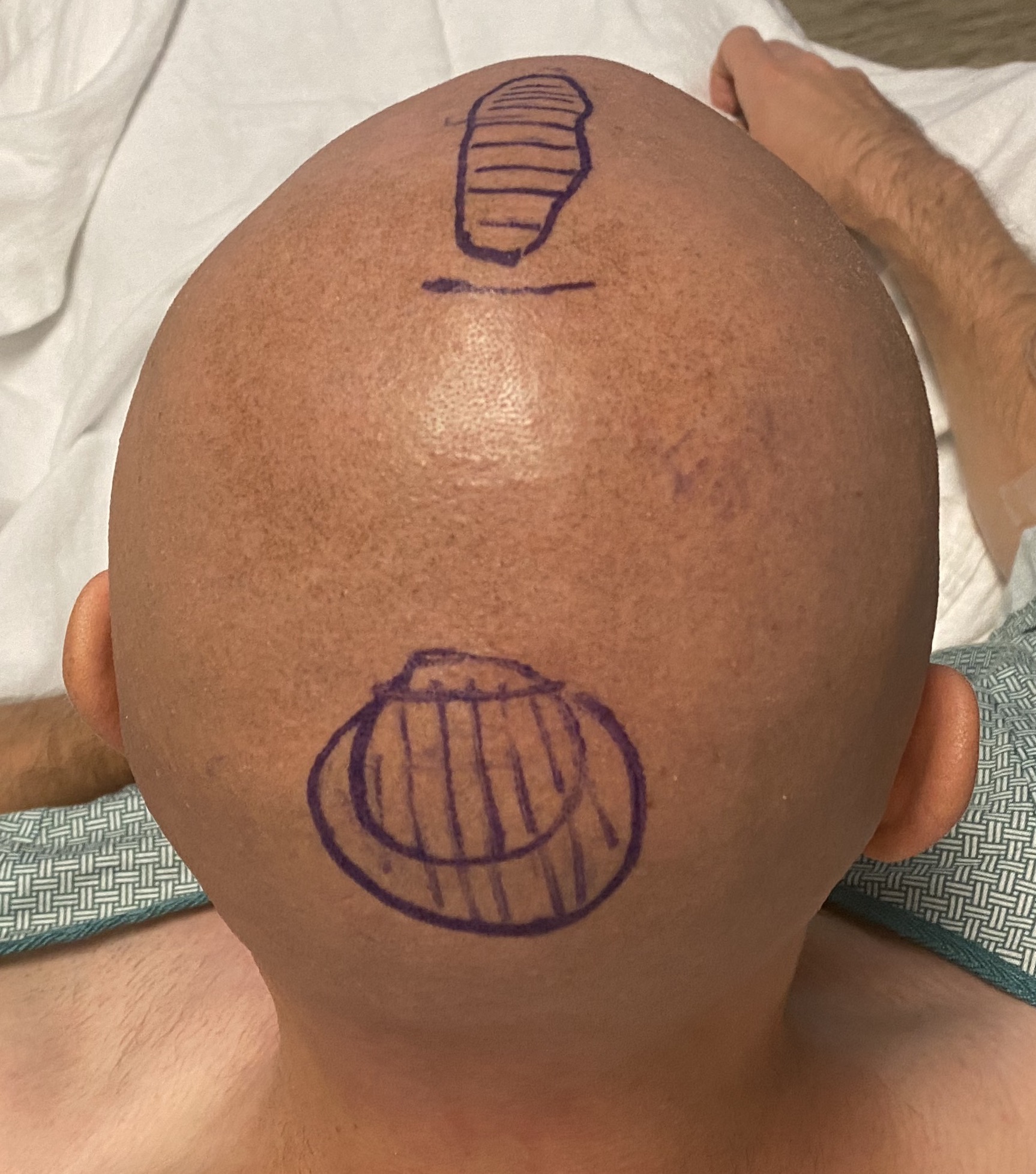 Background: Many types of skull reduction procedures are what I call ‘spot’ reductions. This means that specific raised areas of the skull can be selectively reduced by a bone burring technique. These include such areas as occipital knobs, forehead horns and sagittal crests to name some of the most common spot skull reduction areas.  They are typically done through small incisions using a tunnel technique to keep the scalp scarring as limited as possible.

Occasionally I will see a patient who has multiple raised skull areas which the patient desires reduced. This more often than not is in the shaved head male patient whose entire skull is maximally exposed. The need to limit the location and length of the scalp incisions needed to perform the multi-spot bone procedures is even more paramount than usual.

While multiple skull reduction areas may seem to merit an overall larger scalp incision to effectively get to multiple areas, that would not be my approach. I would still use the same small scalp incisions to treat each area individually. A few smaller incisions is usually better than one single larger one. 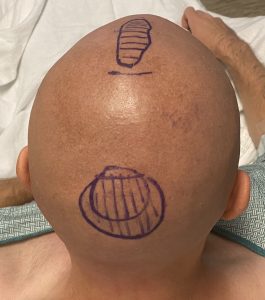 Case Study:  This shaved head male had two skull areas that he wanted reduced, a sagittal ridge and an occipital bump. The two skull areas were outlined and the two incisions marked. 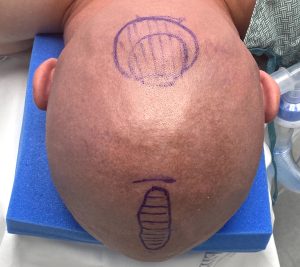 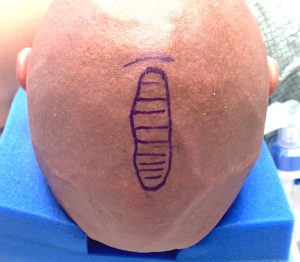 Since the skull has five surfaces areas one of the important issues to consider is how to access the different skull reduction areas. Many skull reductions are on the back of the head which requires prone positioning during surgery. The prone position allows access to four of the skull areas excluding the forehead. Thus both the sagittal ridge and occipital bump areas can be reduced from this approach. 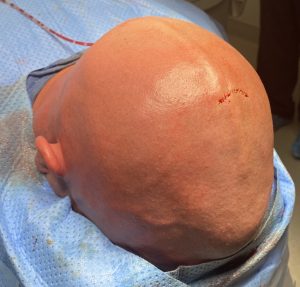 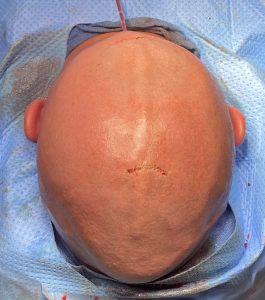 Once the skull prominences are reduced a single drain can be placed that crosses both areas and then exits out below the lowest incision. The drain will be removed the next day.

In multiple areas of spot skull reductions incisional planning, intraoperative positioning and drain placement must be considered…are in an effort to maximize the aesthetic benefit while limiting the scar burden.

1) Sagittal crest skull reductions are done through a small curved scalp incision at its most posterior end.

2) Occipital bone prominences are reduced through a small scalp incisions at its most inferior area of projection.

3) When doing combined sagittal crest and occipital bone skull reductions separate scalp incisions are used but a single drain is used for both midline skull areas.