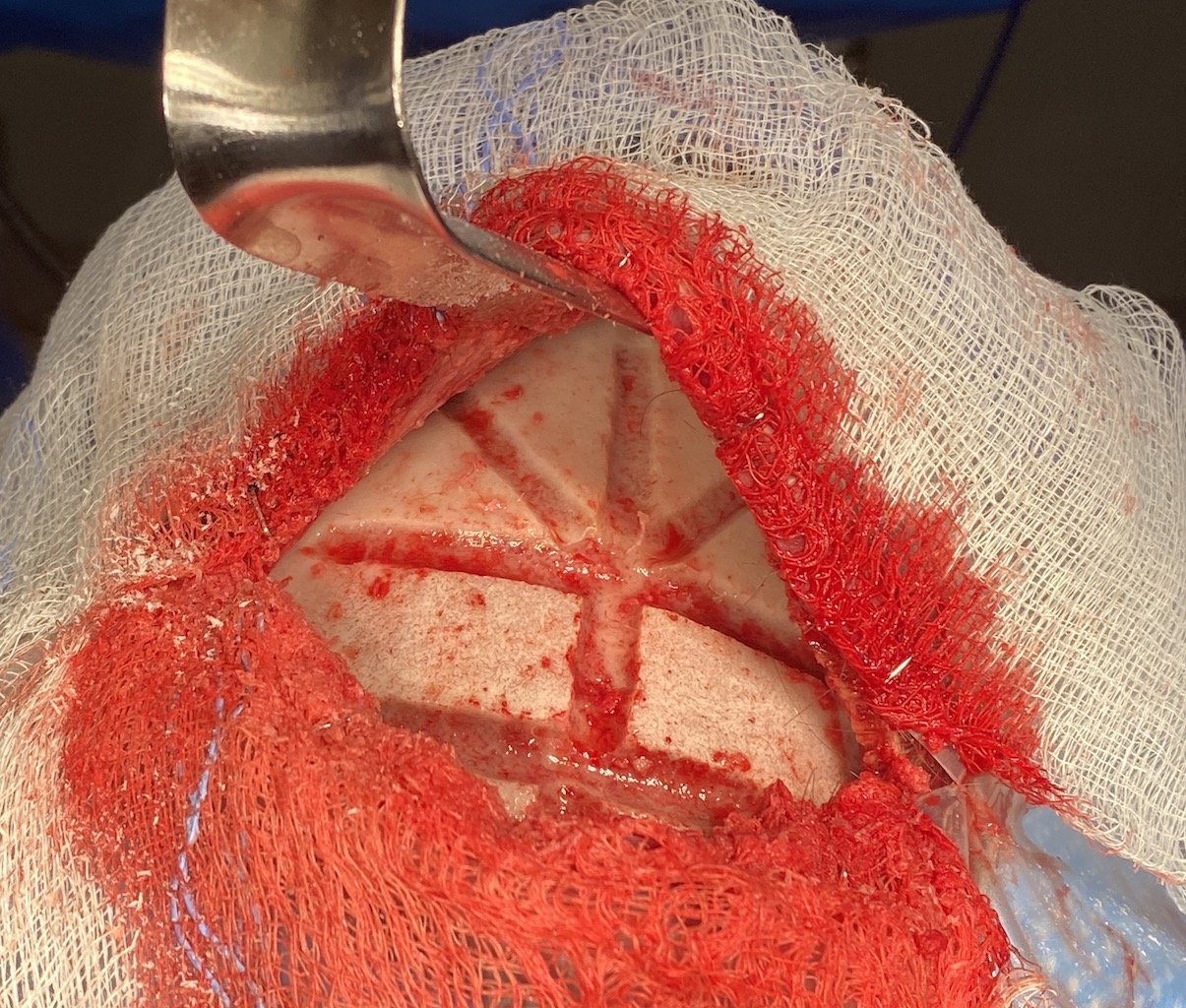 Background: The shape of the head is controlled largely by the thickness and contours of the skull bones. While the skull is often perceived as being a uniform set of bones encasing the brain, it varies considerably across its five surfaces. (forehead, top of head, back of head and paired temporal regions) The back of the head is the thickest , the top of the head is the next thickest, followed by the forehead and then the thinnest skull bone is in the temporal areas.

When it comes to reducing prominent areas of the skull the thickness of the bone plays an obvious major factor in what can be safely achieved. The concept of aesthetic skull reduction is based on removing its outer cortical layer down to the diploic space. There is an inner cortical bone layer on the other side of the diploid space so removal of the outer cortical layer poses no increased risk of brain injury due to trauma. The diploid space is a good indicator of where to stop in skull reductions as it is easily found as the outer cortical bone layer is reduced due to its high vascularity. It is the marrow or medullary cavity of the skull in which red blood cell production occurs so this explains is ‘red’ color and increased bleeding as the reduction gets close to it.

The thickness of the outer cortical layer of the skull varies greatly, as noted above, by its location. The back of the head is always the thickness and perhaps this is appropriate given that it is exposed to the most trauma, albeit minor or major. It definitely becomes less thick on top and even less so in the forehead. But these are all skull bone areas that can be reduced to varying degrees based on their thicknesses. The challenge in any aesthetic skull reduction is access…where to place the incision and to have enough length to adequately perform the skull reduction. Patients with good hair coverage provide the ideal incision locations. 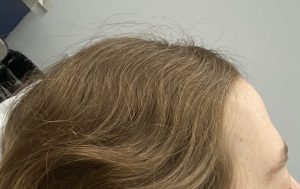 Case Study: This patient desired to have the top of the head reduced between the bony temporal lines. In particular the arc or convexity of its height in profile was an important goal for reduction. 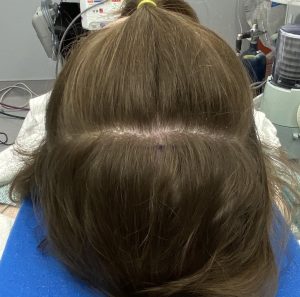 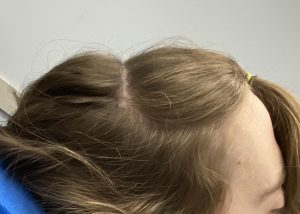 Under general anesthesia the hair was parted across the top of the head and placed into a front and back ponytail. This marked the location of the transverse incision that did not extend past the lateral margin of the top of the head. (bony temporal lines) No hair was shaved or cut. 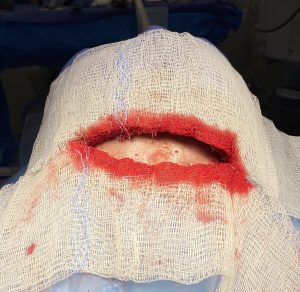 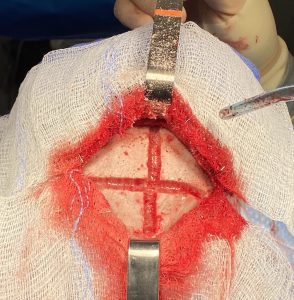 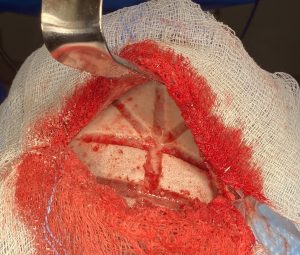 The skull reduction is initially done by determining the depth of the outer cortical layer/diploid space by making a vertical midline and transverse cuts into the bone with the high speed burr. Additional depth lines are created at multiple angles from these initial cuts. This creates a grid pattern which allows an organized and methodical approach to the bone burring reduction. 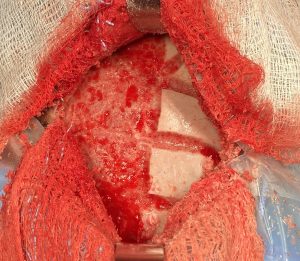 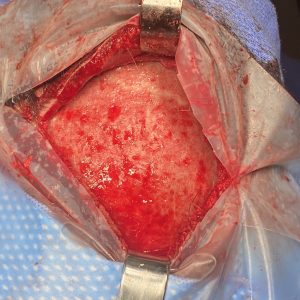 Then using each section of bone between the grid lines an even amount of bone can be reduced  and smoothed in a sequential pattern. 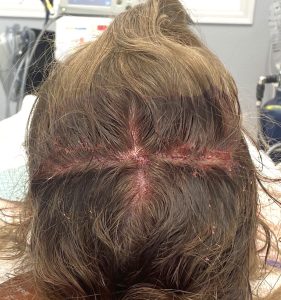 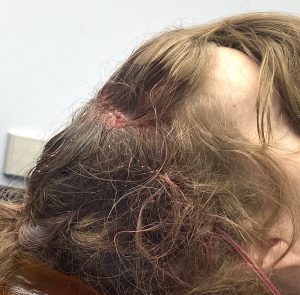 The scalp incision is then closed in two layer (galea and skin) with resorbable sutures over a drain,  preserving all hair.

Larger skull reductions are in some ways similar to liposuction. It involves a large surface area to be reduced and getting an even pattern of reduction is important. Thus it is important to have a method that ensures that is achieved. The grid pattern approach reduced the larger skull surface area into smaller units where the reduction can be methodically performed and one does not get ‘lost’ in how one area of reduction looks compared to the other. Skull reductions take time, often through less than ideal surgical exposure, so it behooves one to have a systematic approach to performing it.

2) In major skull reduction some form of a grid pattern of bone removal must be established to ensure an evenly reduced surface that is not overly flat.

3) Large skull bone removals down into the diploic space requires a day or two of postoperative drainage.