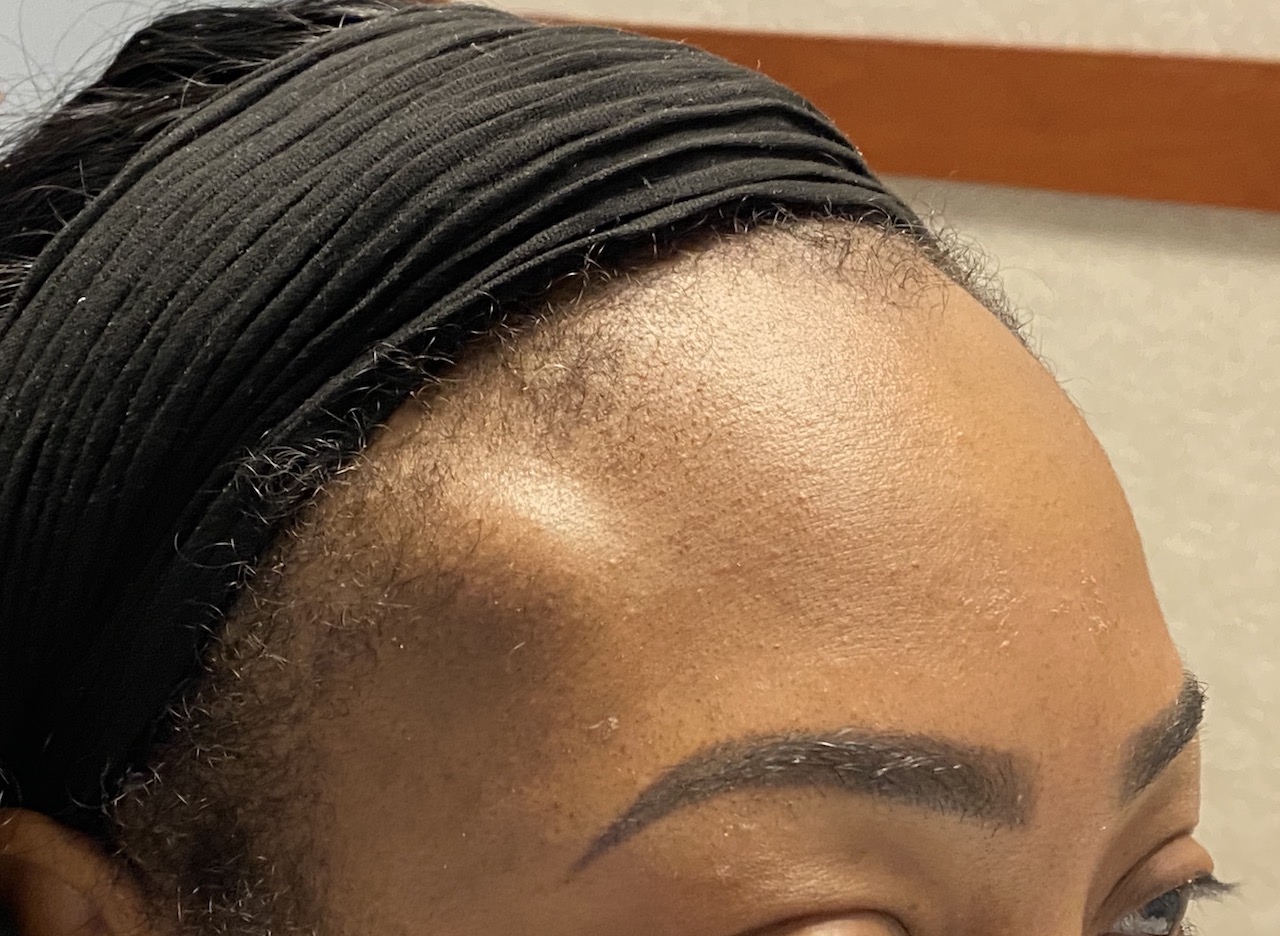 Background:  Osteomas are well known benign bony grows that commonly occur on various areas of the skull. They most commonly present on the skull between the bony temporal lines. Very rarely have I seen them outside the bony temporal lines on the sides of the head where the temporal muscle is located. When such hard masses appear in the temporal regions one must be more suspicious of different types of bony lesions such as osteoid osteomas. 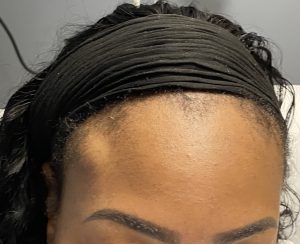 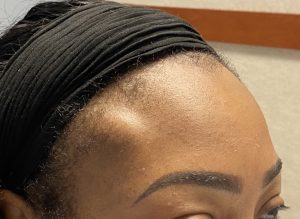 Case Study: This female presented with a hard mass in the right anterior temporal region which appeared and slowly grew over the past few years. She had no specific history of any trauma in the temporal region. It measured almost 1 x 1 x 1 inch in size. 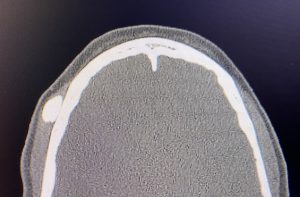 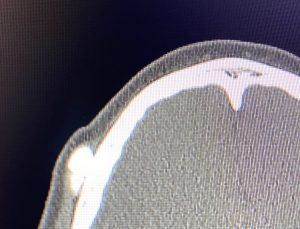 A 2D CT scan showed it was a bilobed bony mass with a narrow base, most of which was located under and in the temporal muscle. 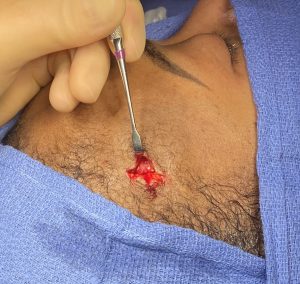 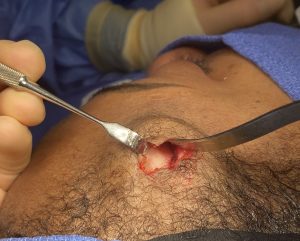 Through a 2.5cm incision behind the right temporal hairline and the mass an incision exposed the deep temporal fascia. The fascia and overlying muscle was opened to expose the large bony mass. 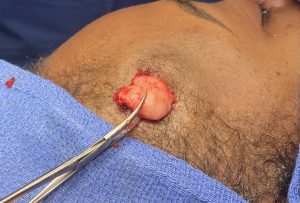 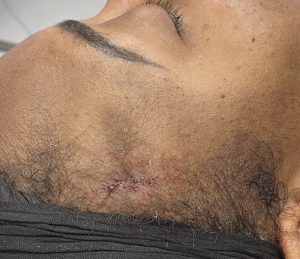 The soft tissue was released all around the mass and, using an osteotome, it was released and extracted out through the incision. The incision was then closed in layers with small resorbable sutures.

Osteomas have their obvious origin from perforating vessels coming up through the bone. Usually there is a history of trauma which has caused bleeding from a perforating vessel which stimulates the overlying periosteum to create bone. This is also why there is an associated narrow stalk to the base of the osteoma creating a mushroom-like shape. A CT scan will show the shape of the projecting bony mass in which, if a narrow stalk to its base is present, it is easily separated from its bony base with an osteotome.

The removal of forehead osteomas is most commonly done using an endoscopic technique. This technique is reserved for those osteomas which are some distance away from a favorable location for the incision and direct visualization of the osteoma is not possible. But when the osteoma is close or in the hairline, as in this case, a direct incisional approach can be used for its removal.

1) Osteomas typically occur on the bony forehead between the temporal lines and very rarely on the temporal bone beneath the muscle.

2) Temporal forehead osteomas are best removed with a direct approach with an incision.

3) A preoperative scan can reveal the base of the osteoma which guides the technique to remove it.