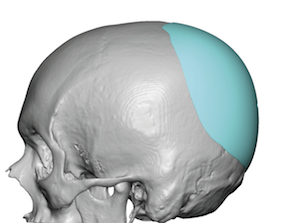 Background: Improvement of a flat back of the head is the most skull augmentation for men. This is not a surprise given the head’s exposure due to either short hairstyles or a complete shaved head. Men so affected often describe the need to wear hats when they go out due to being uncomfortable with their heads shape. I never cease to be impressed how disturbing an exposed flat back of the heads can be to those that have it.

All flat back of the heads can be improved by a custom skull implant approach. The only question is to what degree which is controlled by the ability the scalp to stretch to accommodate what is placed underneath it. There is also the need to place such an implant through as small an incision as possible to not create an additional aesthetic liability.

The size of the skull implant and the incision used to place it affect each other. A full coronal scalp incision permits the greatest release of soft tissue and thus the largest skull implant possible. But few patients will aesthetically tolerate an ear to ear scar across the top of their head to undergo a skull augmentation procedure. A more limited scalp scar, which is aesthetically acceptable, will usually permit enough skull augmentation to make it a worthwhile surgical endeavor. 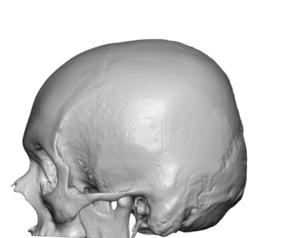 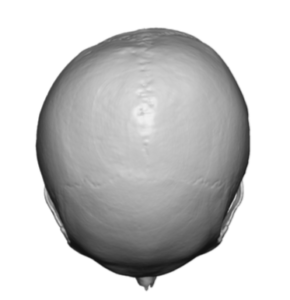 Case Study: This male had been bothered his whole life but his flat back of the head. He never went out without without wearing a hat. His 3D CT scan showed a generalized flatness of the back of his head with some mild asymmetry. 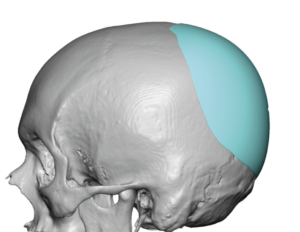 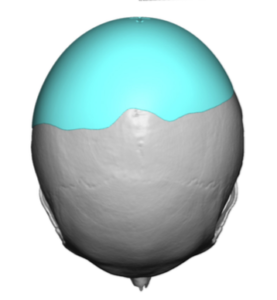 A custom skull implant was designed with 13mm of maximum projection and a total implant volume of 120ccs. In designing such skull implants the key is that it should look like it belongs here and males the head shape look more natural. 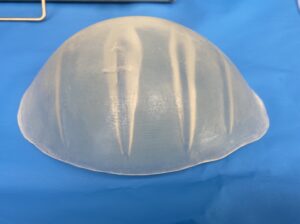 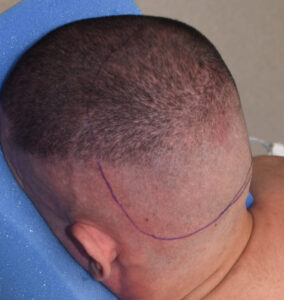 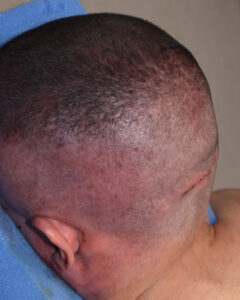 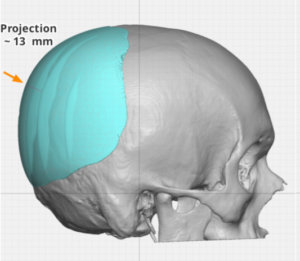 Men generally seek normalcy when it comes to the shape of the back of their head. This translates into implant volumes in the 100 to 150ccs range for most patients. The recovery is fairly quick and uncomplicated. A lifelong concern can be eradicated in a 90 minute procedure.

1) The flat back of the head is the most common skull augmentation procedure performed on men.

2) As a general rule 12 to 14mms of central projection and up to 125cc of implant volume can be placed for the flat back of head.

3) The incisional placement for a male custom skull implant is done at a low neck skin crease if one exists.