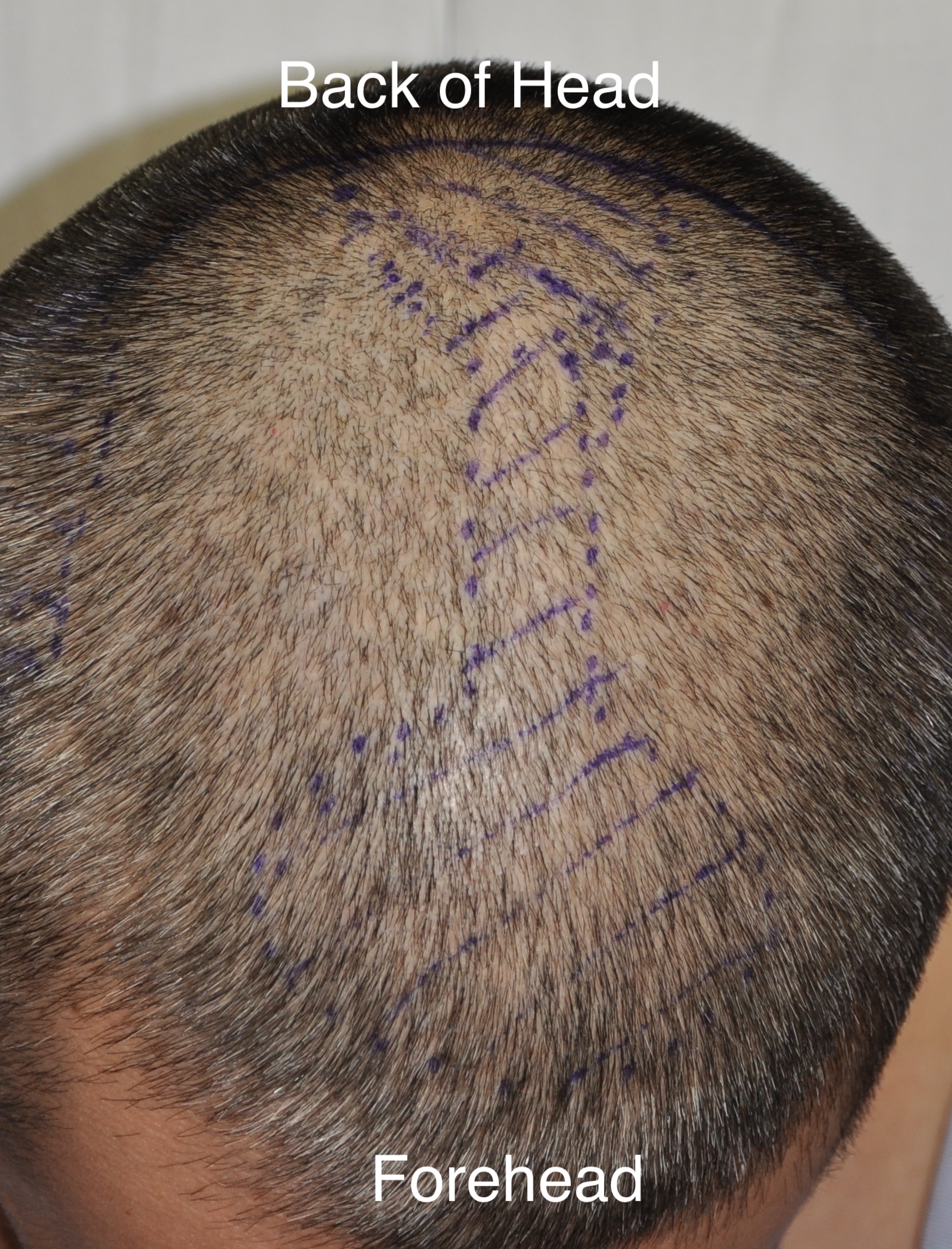 The sagittal suture is the connective tissue joint between the two parietal bones of the skull. It is the midline cranial suture that connects the anterior and posterior fontanelle (soft spots) of the infant’s skull. While the fontanelles close quite early in life, the sagittal suture does not close until much later in life if ever. It will became quite rigid and stable but the fine irregular suture line may always persist.

While the most recognized abnormality of the sagittal suture is craniosynostosis, it it is not the most common. Thickening of the sagittal suture with a resultant raised midline ridge , without other major skull shape changes, is far more prevalent. The raised edge is a thickening of the suture line without actual fusion of the two sides. It can be speculated that it is a microform or very limited sagittal craniosynostosis but there is no actual bony fusion, just elevation of its height abnormally above that of the adjoining parasagittal skull surfaces. Hence it is give the name of a sagittal crest or ridge, a very common type of aesthetic skull deformity that appears as a midline ridge on the top of the head. 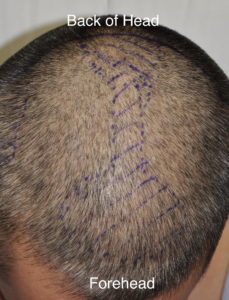 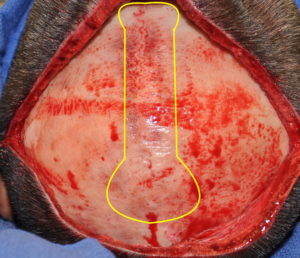 In dumb bell-shaped sagittal crest skull reduction a longer than usual scalp incision is needed for access. (compared to an isolated sagittal crest skull reduction) While both the ridge and the elevated fontanelle areas are most likely to be raised or thickened bone, it is prudent to get a preoperative x-ray to check the bone thickness. A high speed handpiece and burr is used to reduce the bone to the level of the surrounding parasagittal skull both laterally as well as in the front and back. 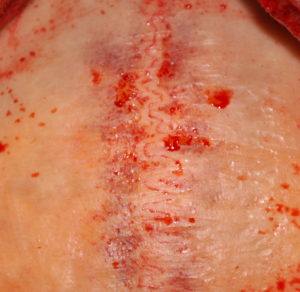 With the reduction of the sagittal bony crest the very serpiginous pattern of the suture line is evident and always patent. This indicates that it is really not some isolated form of sagittal craniosynostosis. Rather it is within the normal variant of the sagittal ridge suture anatomy which for some people there is more bone formation along the suture lines than others.

This same logic applies to the original anterior and posterior fontanelles. While most aesthetic fontanelles deformities appear as contour depressions due to insufficient development of normal bone thickness, in rare cases the fontanelle areas can become thicker than normal. To get a complete reduction the raised sagittal ridge these more circular fontanelles areas must be reduced as well.