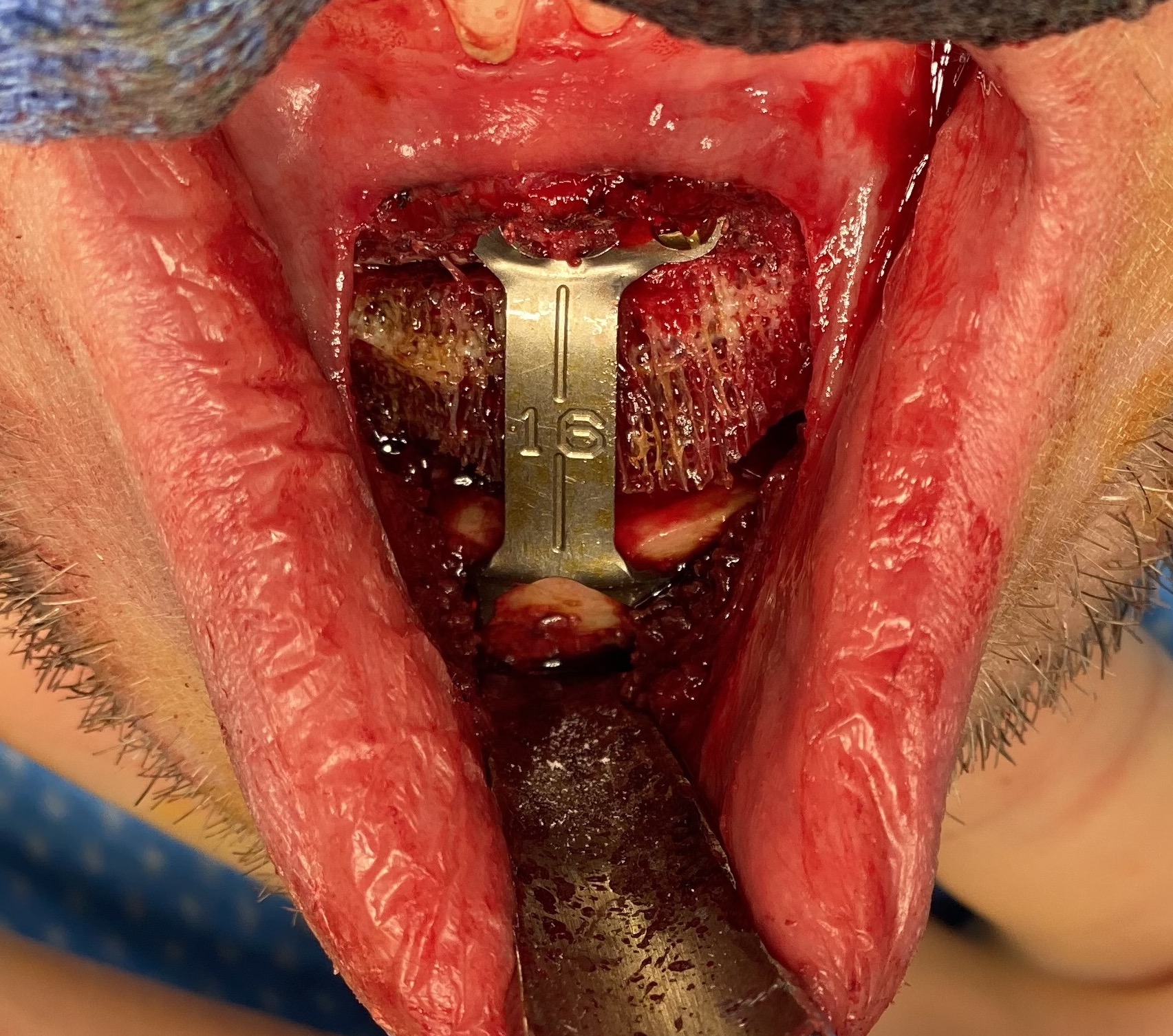 The most common bony chin augmentation procedure is that of the sliding genioplasty. By cutting the bony end of the chin and moving it forward it creates the autologous version of a chin implant. But unlike most standard chin implants the bony genioplasty has some greater dimensional capabilities. One of its main advantages over a chin implant is that it is more effective at vertical chin lengthening particularly if that need is significant.

While a forward moving sliding genioplasty may need a touch of vertical lengthening in some cases (aka coincidental vertical lengthening), the true vertical lengthening bony genioplasty is different. It is where the vertical elongation is either the primary needed dimensional change or a major component of it. This is needed in patients where the lower third of the face is disproportionally short. The height of the chin looks short and is often associated with a deeper labiomental fold, a compressed soft tissue chin pad and often a deeper bite as seen in greater than normal upper and lower incisional overlap. Patients often hold their jaw slightly open to make the chin look better/more proportionate, particularly in men. 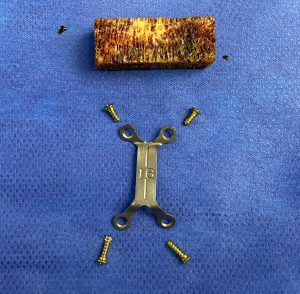 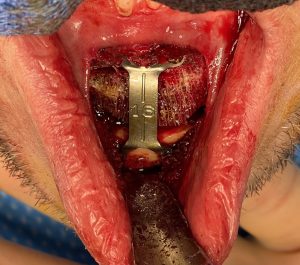 For this reason I always place a solid bone graft in the gap in larger amounts of vertical chin lengthening. While an autologous bone graft may be ideal, most patients are not very receptive to a graft harvest nor do I believe it is necessary. The use of allogeneic or tissue bank bone works just fine and serves as a substrate for bony ingrowth. The graft is most needed centrally where the bone gap is the greatest.

It is important to realize that the down fractured bone segment in vertical chin lengthening is essentially cantilevered so the back ends (wings) of the mobilized chin segment remain in contact with the bone above it. So the bone will always heal in the contact area. It is just the large central gap that needs grafted to fully heal. With the cantilevered bone segment the mandibular plane angle is disrupted which is more significant the bigger the vertical lengthening becomes. In these larger vertical lengthening, also because of the cantilever effect, the horizontal projection of the chin may become 1mm or so less. This may need to be factored into whether some horizontal augmentation is needed as well.