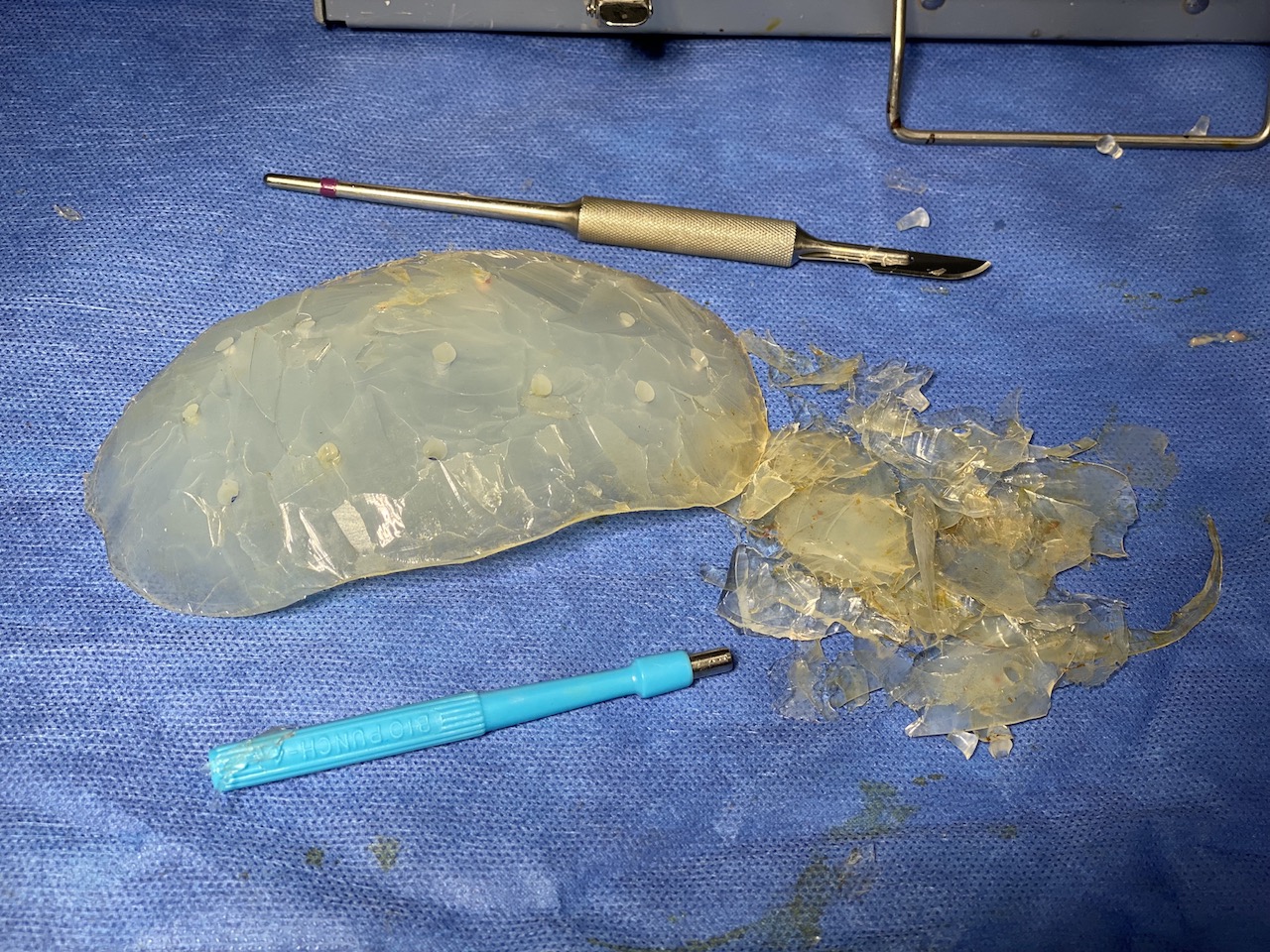 Custom skull implant designs are the most effective approach to just about any aesthetic head augmentation problem. By using a preformed implant with a design based on the patient’s 3D skull CT scan the desired head shape change is more likely to be achieved than using older bone cement techniques where intraoperative hand shaping of the cement is required.

One of the challenges in custom skull implants is in the shaved head male patient. (females may shave their head also but I have yet to have such a female patient) A smooth scalp surface with light reflections from the sun or indoor lighting poses a severe test for the appearance of a skull implant particularly around its perimeter or edges. Even though the scalp is thick and one would not think that a ‘little bit of edging’ would be visible  that supposition is incorrect. Even the smallest edge or irregularity may eventually become visible when soft tissue contraction (shrink wrap effect which occurs around all implants) develops months after surgery. This is why it is so important to have a skull implant design that has feather edging and to check the entire perimeter of the implant during surgery prior to placement. 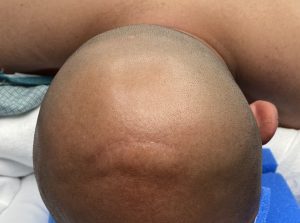 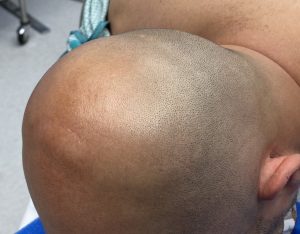 Skull implant edging in the patient with a shaved head may develop on some parts of the implant for several reasons. It can occur because the implant design or the manufacturing process has a more blunt rather than a feather edge. It can also occur as a result of surgical placement if the thin edges get rolled under a bit and do not lay out perfectly flat. (easy to happen since the edges are so fine and the implant is placed through a small incision) It can also occur if the design does not have a fairly acute taper line from its point of maximal projection. Lastly this can also potentially happen if an implant with a larger footprint is replacing a smaller one and the capsule around its perimeter does not get adequately released. 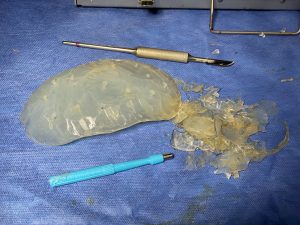 While most skull implant edging can be fairly easily resolved by a direct approach with a miniature incision and an instrument inserted to release the edges, this may be not successful in all cases. The final solution should this technique fail is to remove the implant and hand modify its shape and its edges. Reducing its projection and feathering the edges to the slimmest amount possible will make an unobserved transition between the implant and the bone externally.

While hand modifying intraoperatively a large surface areas skull implant is never going to have as smooth as an external surface as one that comes initially from the manufacturer, minor surface irregularities are tolerated/not visible. It is the the implant’s perimeter edge that is most critical. A smooth non-palpable transition between the implant and the outer bone surface is what is most aesthetically critical.

While I have seen only a handful of custom skull implant edging problems out of the many hundreds of patients that I have done (1%) risk, they uniformly have occurred in the shaved head male patient. While all patients require vigilance for this problem the shaved head patient necessitates extreme vigilance for both edging and slope of the implant design.