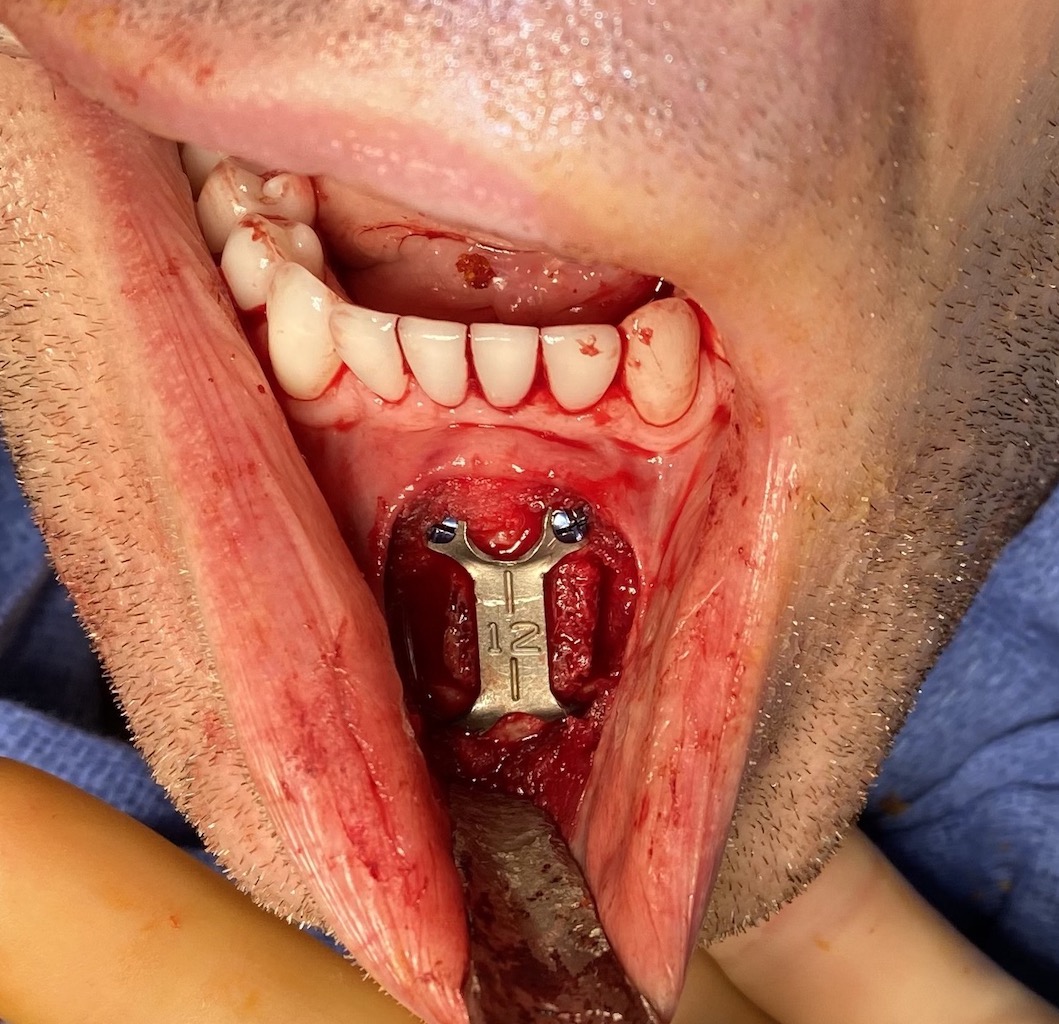 Background: Chin augmentation is one of the most common aesthetic facial reshaping surgeries.  The chin implant is used for many of these chin augmentation surgeries and is a powerful and effective treatment for most horizontal chin projection deficiencies. It is often called the most powerful facial reshaping procedure that can be performed in the shortest operative time.

But because it is a well known and frequently performed procedure the chin implant can be inadvertently used for chin deficiencies for which it is not ideal. The one dimensional change that a chin implant can often not work well is in the vertical dimension. It is true that a well placed chin implant over the pogonion (lowest point of the bony chin) will naturally create a millimeter or two of vertical increase due to the natural rollout of the soft tissue chin pad, most chin implants will not work well when a more significant vertical increase in the projection of the chin is needed. There is one chin implant which is specifically designed to create vertical lengthening (up to 7mms) but this is really the limit in most patients for the soft tissue chin pad to stretch to accommodate it.

The true vertically deficient chin is the most common under- or misdiagnosed aesthetic condition of the chin. It is not uncommon for me to see a vertically deficient chin that has been treated by a horizontal chin implant which either makes it looks worse or produces no aesthetic improvement. While some vertically deficient chins do have a horizontal deficiency as well, some do not. Those that do not have several distinct features  which includes a normal horizontal chin projection, a deep labiomental fold, a compressed and even over protruding soft tissue chin pad and a flatter/flat mandibular plane angle. They may have a deep bite (overbite) which may be camouflaged by prior orthodontics treatment. This type of vertical chin deficiency can only be effectively treated by lengthening of the chin bone. 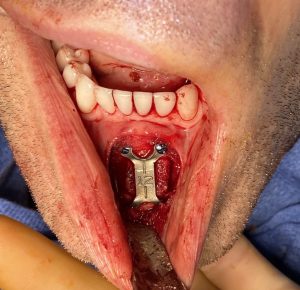 Case Study: This male had a chin deficiency with all of the classic findings of a pure vertical dimensional deficiency. His compressed soft tissue chin pad had a deep central dimple as well. He has been recommended by other surgeons for a chin implant but he never felt that was what he really needed. After showing him the potential benefits of vertical chin lengthening did he feel this was the best aesthetic approach. He subsequently underwent an intraoral vertical lengthening bony genioplasty with an interpositonal gap of 12mm in which a tissue bank block of bone was placed to fill the created bony defect. 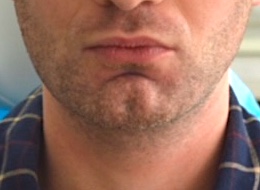 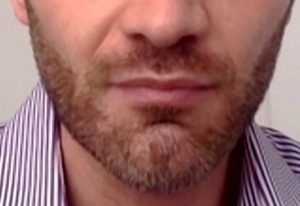 His 3 month postoperative results showed the result with much improved facial proportions, a less compressed soft tissue chin pad and softening of the depth of the labiomental fold. Also the depth of his chin dimple was less but not eliminated. 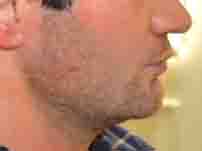 In profile view there is a small amount of horizontal increase (2mms which was deliberately created) but the vertical increase in chin length makes for a more pleasing jawline. (mandibular plane angle)

1) Vertical chin deficiency is the most undiagnosed aesthetic condition of the chin.