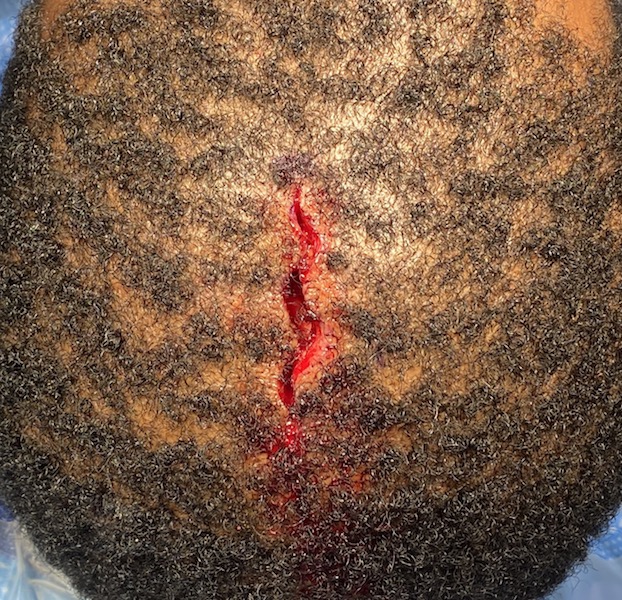 Because many patients with a sagittal crest deformity have a shaved head or closely cropped hair, the size and location of the incision is an important aesthetic consideration. Its placement is also important to ensure that adequate access can be done to do a satisfactory bone reduction.

Typically the incision is a small side to side one placed at the back end of the sagittal crest. This places it near the crown of the skull which is a good place to ‘hide’ it. This incision type and location makes for a tunnel technique when doing the reduction. A long curved retractor is placed to lift the scalp up that allows the handpiece and burr to work underneath it to reduce the bone. 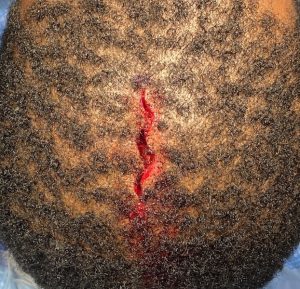 A different incisional approach is the sagittal placement technique. The scalp incision is placed along a portion of the sagittal crest in the midline in a front to back direction. Rather than a perfectly straight line a wavy pattern is used. This may hide it better (the eye easily spots a straight line) but it also allows a shorter incision to be used as the actual length of the incision created by the wave is longer and stretches more. 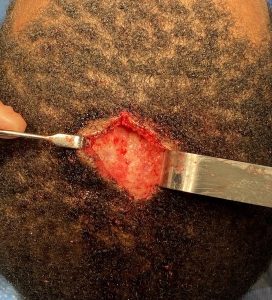 By putting it in the midline optimal exposure of the bony crest is obtained particularly where it is the thickest and needs the reduction the most. 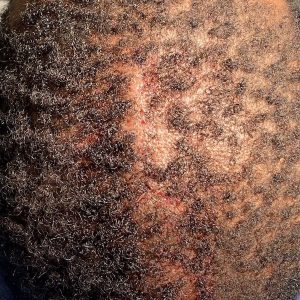 The typical best place to put any incision is where it parallels the relaxed skin tension lines of the involved skin. That is at different locations on the scalp but on the top of the head it would more in a side to side direction. But for a small line of access that will lie directly over a reduced bone area, the sagittal incision  heals as well as one that runs perpendicular to it.