The Anatomy of the Occipital Knob Skull Deformity 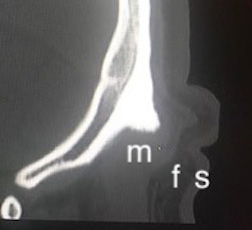 Occipital knob skull reduction is an aesthetic head reshaping procedure that removes a prominent inion. The inion is the small knob of bone that exists in everyone at the bottom of the occipital bone in the center to which the superficial neck muscle fibers attach. In some people, more commonly men, this knob of bone becomes enlarged and sticks out, disrupting the smooth contour of the scalp. In men who shave their head or have close cropped hair styles, an enlarged inion can be perceived as an aesthetic liability. 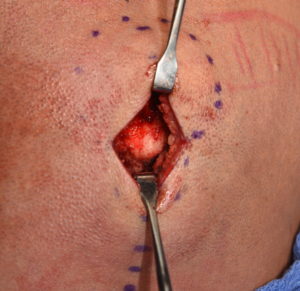 Reduction of the enlarged inion, or occipital knob skull reduction, is done by a bone burring technique. Because this is on the skull a common question is whether this procedure is safe and does it risk any injury to the underlying brain? The best way to answer that question is to understand the anatomy of the inion through x-rays, specifically CT scans. 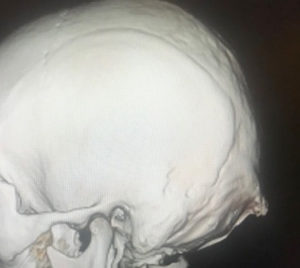 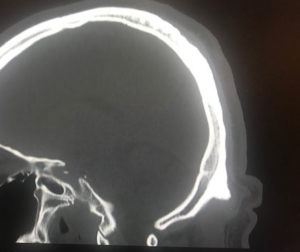 On plain x-rays and 3D CT scans, an enlarged inion is a noticeable protrusion of bone from the surrounding outer skull surface. Some times it appears like its name, a rounded knob, and other times it sticks out more sharply. But in either case it is an enlargement of the outer cortical layer of the skull and appears essentially like an osteoma. The underlying diploid space and inner cortical skull surface are spared.  The inion represents an outer cortical layer enlargement often being two or three times thicker at the center of the inion.

In serial CT scan sections the growing enlargement of the outer cortical layer can be seen as the scan sections move inferiorly. In many patients an enlargement or protrusion can also be seen on the inner cortical skull layer, opposite the external inion, and is known as the internal occipital protuberance. Together these two bony thickenings create the thickest part of the skull.

As can be seen by the CT scan anatomy, the skull underneath the occipital knob is quite thick. Reduction of the knob down to the surrounding outer skull’s surface leaves a lot of bone remaining between the reduced area and the underlying brain. This makes occipital knob reduction both effective and very safe with no risk of intracranial entrance.